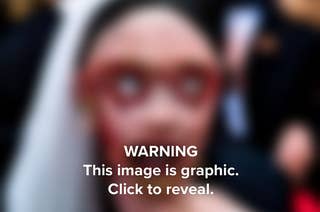 This Artist Used AI To Turn The Met Gala, Coachella, And Other Huge Events Into A Grotesque Body Horror Nightmare

"I think opening a portal to Hell was exactly what this year's event needed to spice things up." 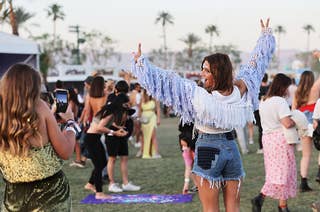 Coachella Is In Its Flop Era

“It felt like one of those museums where you only go to get selfies, rather than a music festival.” 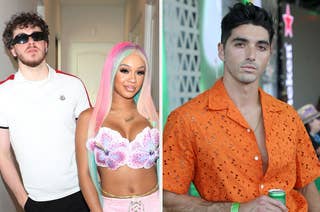 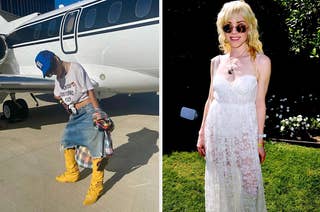 Here Are The Outfits Celebs Wore To Coachella — The Good, The Bad, And The Meh 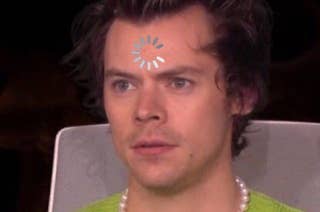 In This Week's Issue Of "Make It Make Sense," Coachella Announced That Passholders Don't Need To Be Vaccinated To Attend 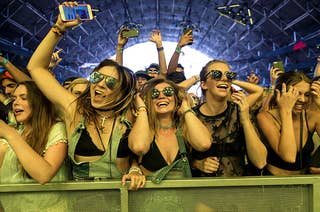 Coachella And Stagecoach Were Just Canceled Because Of The Coronavirus — Again

It isn't clear what will happen to ticket holders who had rolled over their passes from last year. 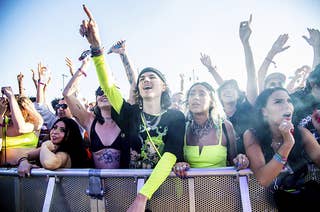 Health officials canceled the previously postponed music festivals because of concerns that coronavirus cases may resurge in the fall. 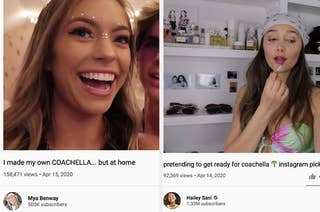 Coachella is "a way of thinking, not a destination," one YouTuber said. 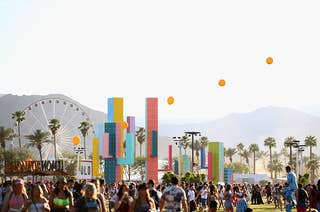 Coachella And Stagecoach Have Been Postponed Due To Coronavirus Fears

The California music festivals were scheduled to be held in April, with lineups including Frank Ocean and Travis Scott as well as Thomas Rhett and Carrie Underwood. 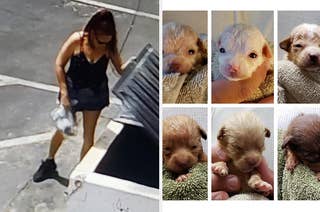 In addition to her one-year sentence, Deborah Sue Culwell will be under seven years of probation, during which she'll be prohibited from owning any animals. 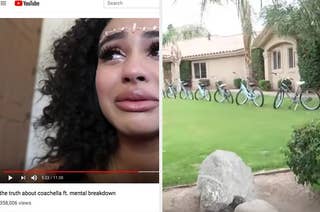 In a statement to BuzzFeed News, the company denied that it separated nonwhite girls from the rest of the talent. 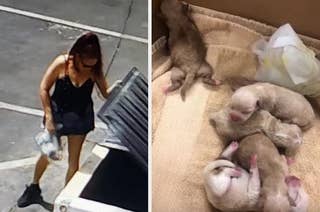 Riverside County Animal Services told BuzzFeed News that had a man not discovered the 3-day-old puppies within a 15-minute window, they would not have survived. 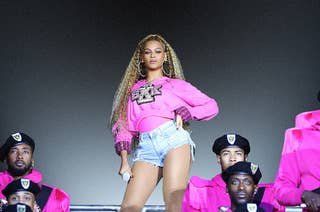 “I definitely pushed myself further than I knew I could and I learned a very valuable lesson: I will never never push myself that far again,” Beyoncé said. 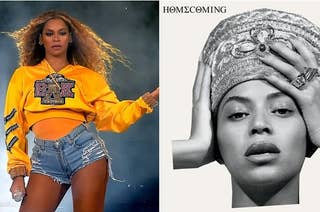 And it's on ALL. STREAMING. PLATFORMS. 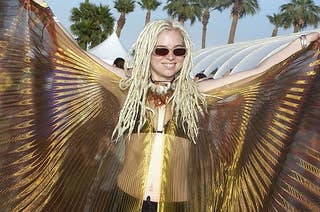 These Pictures Show Just How Much Coachella Has Changed

A lot has changed since the Coachella Valley Music and Arts Festival got its start in 1999. 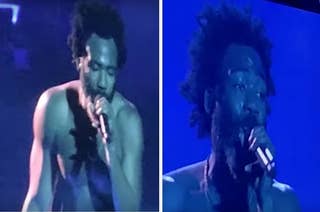 Donald Glover Cried Onstage At Coachella During A Speech About Losing His Father, Mac Miller, And Nipsey Hussle

"So what I'm saying is: While you're here, while we're here, feel something and pass it on." 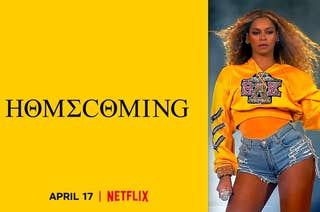 The documentary is billed as an "intimate, in-depth look at Beyoncé's celebrated 2018 Coachella performance." 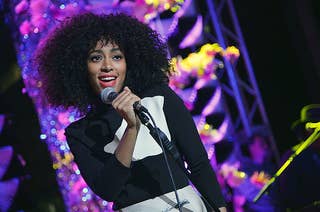 "She sends her sincerest apologies, and looks forward to performing at Coachella in the future," the festival tweeted Sunday. 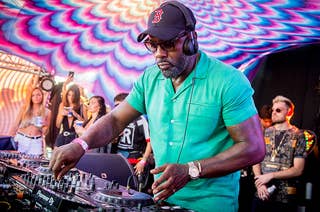 "Is there anything this guy can’t do?" 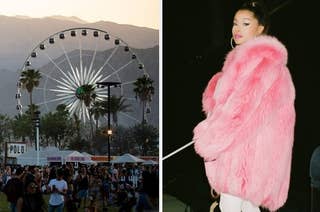 The Coachella Lineup Has Been Announced And It Is Perfect

Ariana Grande will be just the fourth female artist — and the youngest woman ever — to headline the event. 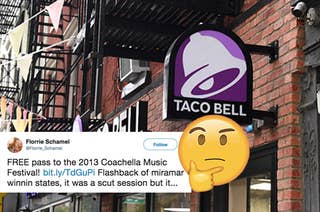 A Botnet Used By Russian Trolls Is Still Sitting Dormant On Twitter, And It Promoted Taco Bell And Coachella

“Why is the IRA pushing Taco Bell and Coachella?” 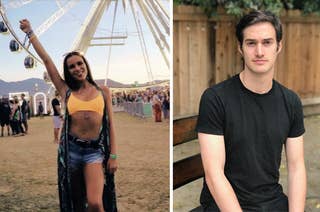 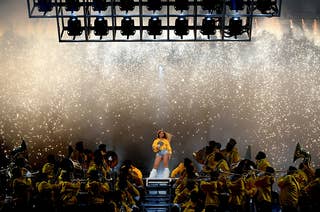 How Beyoncé Called Out Coachella’s Whiteness

By celebrating and offering up a history lesson on black music, the pop star’s Coachella performance was a brilliant rebuke of the whiteness of most music festivals. 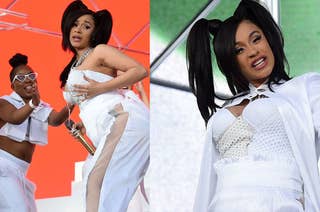 Working moms do it best. 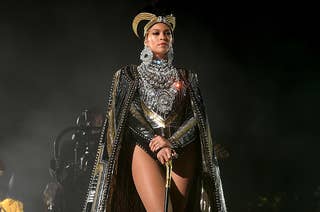 Beyoncé Played Coachella And It Shall Now Be Known As "Beychella"

"#Beychella is the performance of the decade and the one after that and so on." 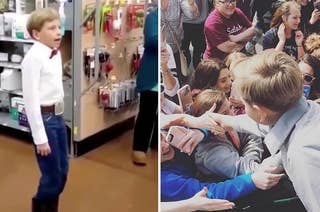 Oh My God, We Turned An Internet Meme Into Reality: Yodeling Walmart Kid Will Apparently Perform At Coachella 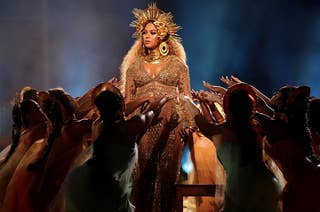 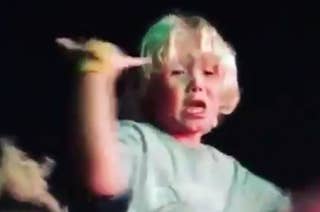 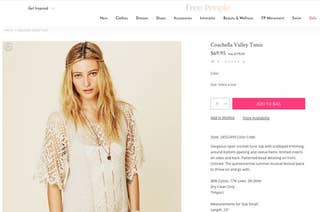 The Southern California festival said the Free People clothing line infringed on its trademark and should pay damages.