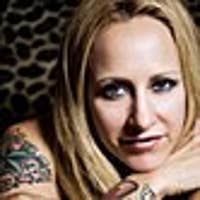 Antonia Crane a writer, instructor and Moth Story Slam Winner in Los Angeles. She is the author of the memoir “Spent” (Barnacle Books, 2014). She has written for The New York Times, The Believer, The Toast, Playboy, Cosmopolitan, Salon.com, The Rumpus, Electric Literature, DAME, The Los Angeles Review, Quartz: The Atlantic Media, PrimeMind Buzzfeed and many other places. Her fiction has appeared in the acclaimed noir anthology, The New Black, edited by Richard Thomas. Her screenplay “The Lusty” (co-written by director, writer Silas Howard), based on the true story of the exotic dancer’s labor union, is a recipient of the San Francisco Film Society/Kenneth Rainin Foundation Grant in screenwriting, 2015. She is at work on an essay collection and memoir.

What Does Safety Feel Like When You're A Sex Worker

How one woman creates safe spaces for her clients — and herself.