Trump Traveled To 7 States And Met Dozens Of People Before He Tested Positive For COVID-19. Here’s A Timeline.

More than a dozen people in Trump’s orbit, including his wife and two sitting senators, have tested positive within the week they came into contact with the president.

President Donald Trump traveled to seven different states and was close to dozens of people — including top members of the government, party officials, major elected officials around the nation, supporters, and reporters — in the week leading up to his announcement that he had tested positive for the coronavirus.

In addition to packing his schedule amid a pandemic, and rarely wearing a mask in the final weeks before the election, Trump hosted a variety of meetings at the White House — from a ceremony announcing his Supreme Court nominee to an electric pickup truck presentation.

While it is not yet known when or how Trump may have contracted the virus or whether he personally has passed the virus to anyone else — more than a dozen people in his orbit, including his wife, the president of a major university, and two sitting US senators have tested positive in the past week — the large number of people in the president’s circle and his cavalier attitude toward spreading an easily transmissible disease have raised concerns about a possibly large cluster of cases stemming from the White House.

On Friday, Cleveland city officials said they were aware of at least 11 cases of COVID-19 tied to Tuesday’s presidential debate. It was unclear whether that number included the president or any people in his circle.

BuzzFeed News has pieced together a timeline of the president’s whereabouts and contacts from Sept. 25 to when Trump announced he and first lady Melania Trump had tested positive for COVID-19, using reports from the press pool and various news outlets. 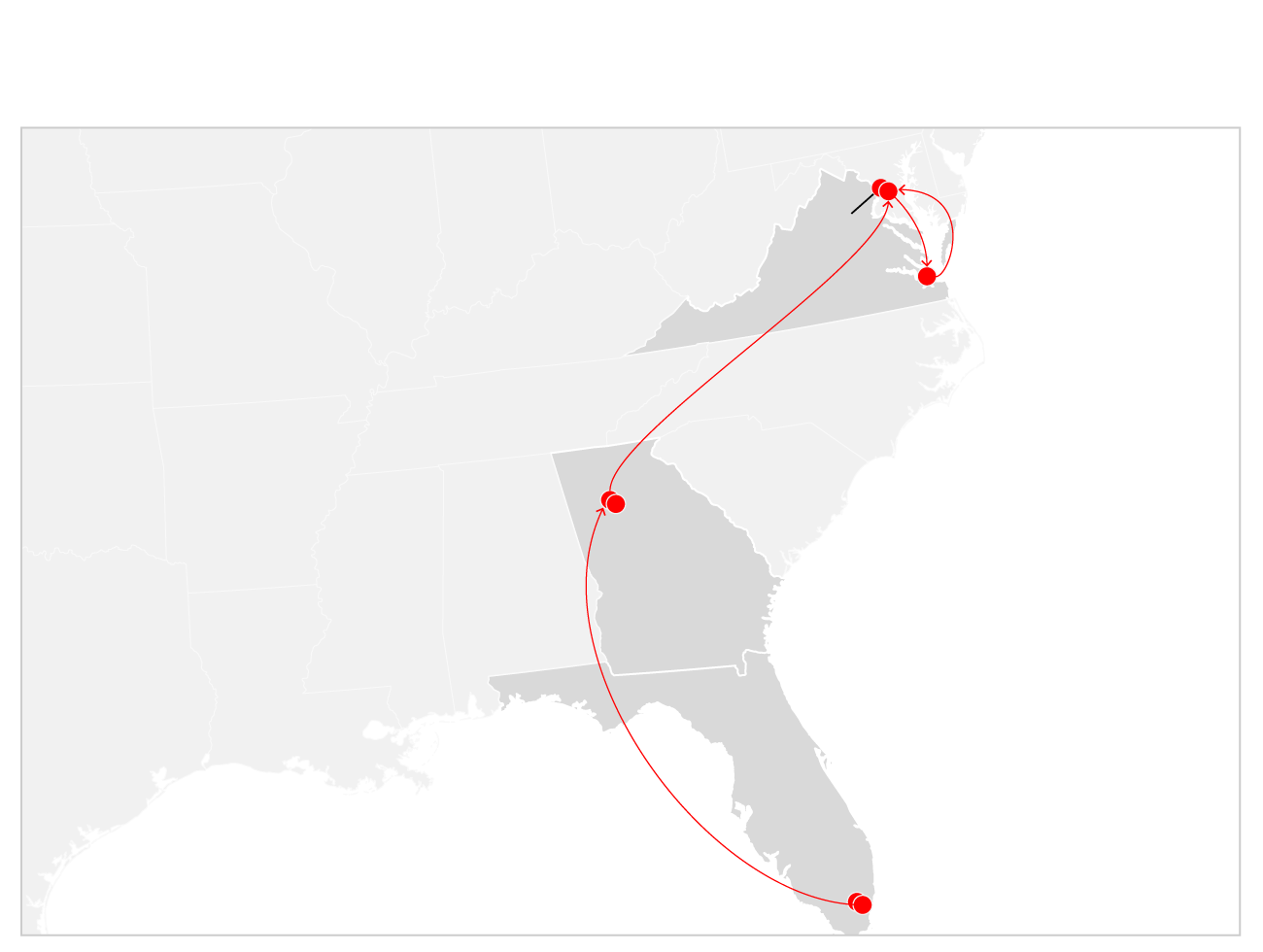 11 a.m. Trump started the day at his golf resort in Miami, where he hosted a “Latinos for Trump” campaign event inside a ballroom with a crowd of more than 150 people. There was no social distancing and less than half were seen wearing masks, according to the pool. Trump sat at the center of a long table with four people seated on each side. No one at the table wore a mask.

12:21 p.m. Trump left the golf resort for the Miami International Airport where he took off on Air Force One for Atlanta.

2:40 p.m. Trump’s motorcade arrived at the Cobb Galleria Center in Atlanta where he attended a “Platinum Plan” event in a ballroom with Housing and Urban Development Secretary Ben Carson and former NFL player Herschel Walker. The event was attended by approximately 200 people with no social distancing and not many masks.

4:11 p.m. Trump’s motorcade left the event for the Atlanta airport.

4:26 p.m. Trump departed on Air Force One for Joint Base Andrews just outside of Washington, DC.

5:55 p.m. Trump landed at JBA where he took questions from reporters on his impending Supreme Court nominee announcement before heading back to DC. The pool reported that his motorcade stopped by the Trump Hotel, but it wasn’t clear what he did while he was there.

8:44 p.m. Air Force One touched down at the Newport News/Williamsburg International Airport for an outdoor Trump rally. Vice President Mike Pence spoke before Trump took the stage. Thousands of people were packed together on stadium-style risers. The pool reported mixed usage on masks.

10:15 p.m. After speaking for just over an hour, Trump headed back to JBA on Air Force One. He landed at JBA less than an hour later and boarded Marine One to head back to the White House.

At some point during the day, Trump was with Republican National Committee Chair Ronna McDaniel, who tested positive for COVID-19 Wednesday, according to the New York Times. McDaniel has been at her home in Michigan since then. 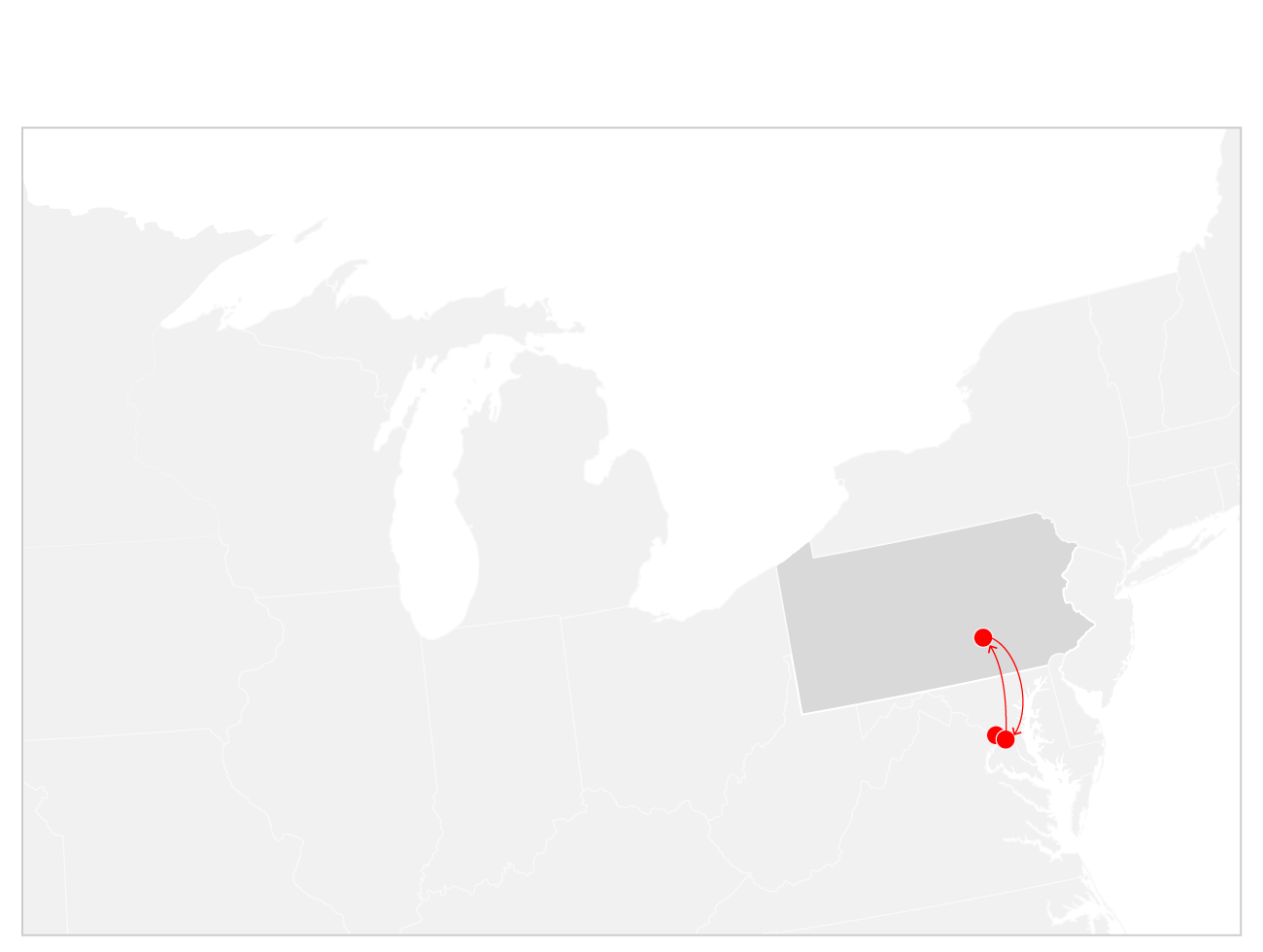 Photos from the day's festivities have also shown Barrett, the president and the first lady, and others indoors at the White House not wearing masks.

Lee, of Utah, who sits on the Senate Judiciary Committee, the congressional body tasked with vetting Barrett's nomination, tested positive for COVID-19 Thursday. The senator, who was seen hugging and touching a number of guests at this event, announced his diagnosis Friday.

Tillis, of North Carolina, another member of the Senate Judiciary Committee, also tested positive for the coronavirus Friday.

Father John Jenkins, president of the University of Notre Dame, who also attended the ceremony, has also since tested positive for COVID-19. Jenkins apologized after he was criticized for not wearing a mask and shaking people’s hands at the event.

Pastor Greg Laurie, of Harvest Christian Fellowship in Riverside, California, has also since tested positive. He attended the Rose Garden ceremony, as well as a large prayer march in DC earlier in the day.

Conway also announced Friday night that she, too, had tested positive. On Saturday, Christie tweeted that he had "received word that I am positive for COVID-19."

Barrett, who reportedly was infected with the coronavirus earlier this year, tested negative for COVID-19 on Friday hours after the Trumps’ positive test results came back.

McEnany, who regularly briefs reporters while not wearing a mask, tested positive on Oct. 5.

6:35 p.m. Trump left the White House on Marine One for JBA. He then boarded Air Force One for Harrisburg International Airport in Middletown, Pennsylvania with Scavino, senior adviser Stephen Miller, and McEnany.

7:24 p.m. Trump arrived at the Harrisburg airport where he hosted a rally in an airport hangar with a few thousand supporters packed in closely, according to the pool.

A reporter who traveled to Pennsylvania in the out-of-town pool and was also at the White House (but not at Barrett's nomination) on this day has since tested positive for COVID-19, according to the White House Correspondents’ Association. That reporter was identified as Michael D. Shear of the New York Times.

8:55 p.m. Trump wrapped up his more than hourlong speech and boarded Air Force One for JBA. He arrived back at the White House at about 10:12 p.m. 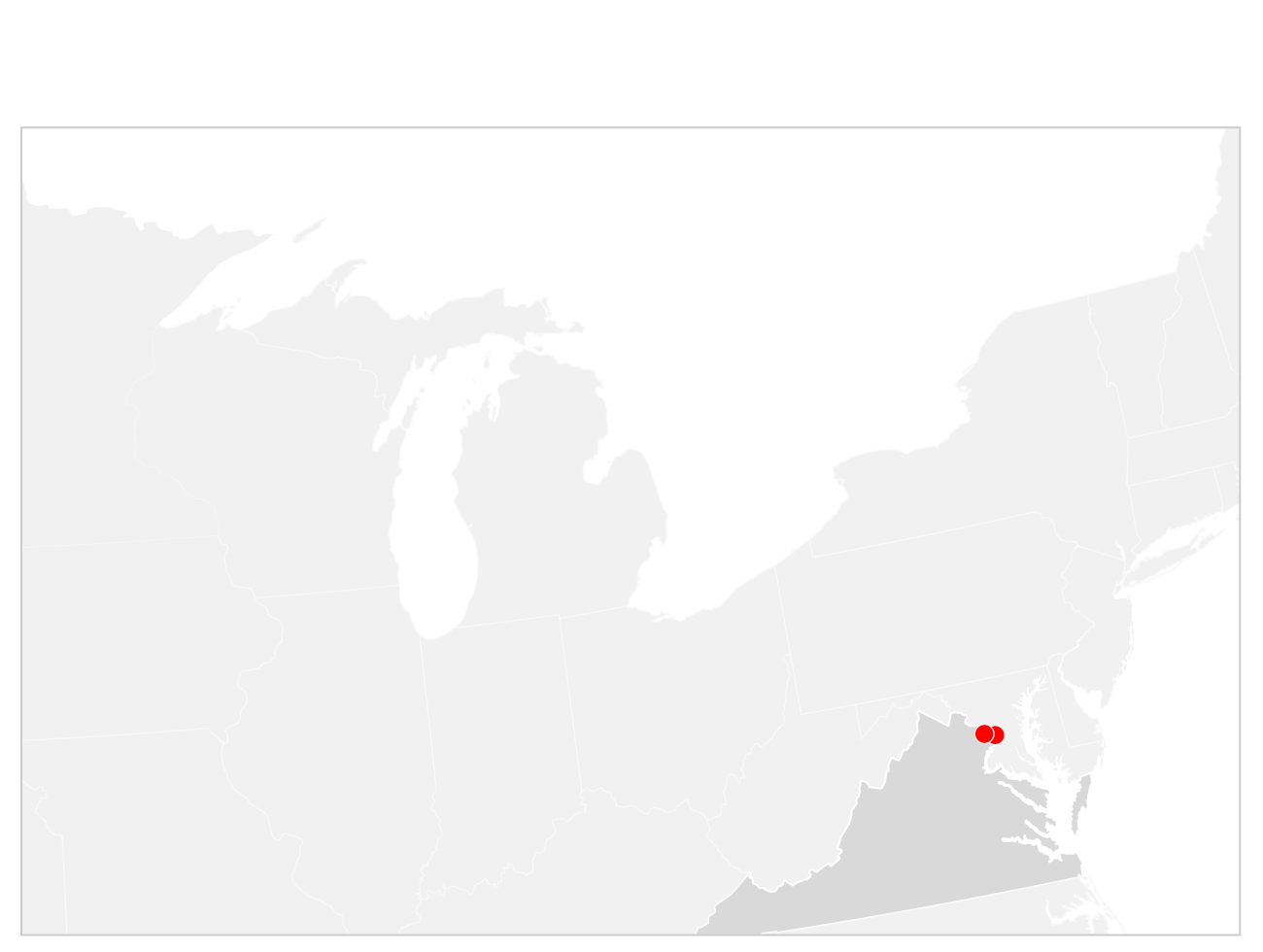 10:08 a.m. The president went golfing at the Trump National Golf Club in Potomac Falls, Virginia. He arrived back at the White House at about 2:39 p.m.

A reporter who attended the briefing has since tested positive for COVID-19, according to the White House Correspondents’ Association.

Another in-town pool reporter who traveled to the golf course and this briefing Sunday, and also attended the Rose Garden ceremony Saturday, began experiencing symptoms Wednesday and received a positive COVID-19 test Friday, the WHCA said.

Later on Sunday, the president and the first lady hosted a ceremony at the White House in honor of Gold Star families, individuals whose loved ones died in military combat.

Coast Guard Admiral Charles Ray, who attended the Gold Star families event, tested positive for COVID-19 on Monday, Oct. 5. Members of the Joint Chiefs of Staff announced Tuesday that they will go into isolation after attending a Pentagon meeting with Ray Friday.

Reeves, who lifted his state’s mask mandate except for schools and some businesses Wednesday, tested negative for COVID-19 on Friday afternoon. 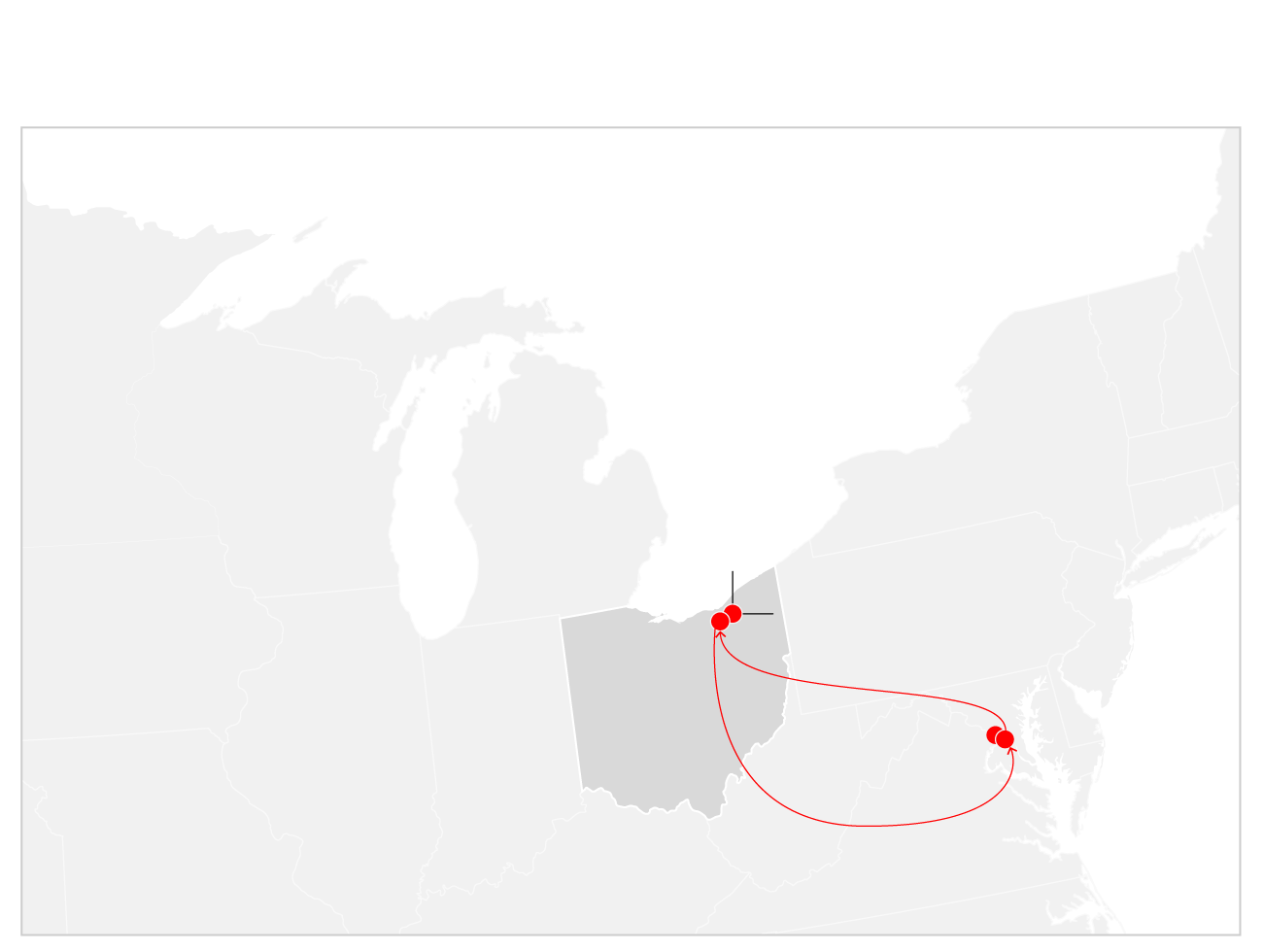 4:23 p.m. Trump’s motorcade stopped at the Cleveland Clinic before heading to the InterContinental Suites Hotel for the remainder of the evening before the debate.

The debate audience also included members of the public. After news of Trump’s positive test result broke, a steelworker who was present expressed frustration in an interview with BuzzFeed News over members of the president’s family and traveling party choosing not to wear masks in the debate hall, despite it being mandatory.

The White House pool reported that aside from the president’s family and party, most people abided to the mask rules and that the audience was largely quiet throughout the chaotic 90-minute debate, aside from a couple of coughs and some “soft laughter.”

Cleveland officials said on Friday that they were aware of 11 cases of COVID-19 “stemming from pre-debate planning and set-up, with the majority of cases occurring among out of state residents.” The city did not say whether Trump or his close contacts were included in their tally.

“At this time, though that could change, no City residents appear to have contracted the virus as a result of this event,” the city said in a statement.

10:47 p.m. Trump’s motorcade left the debate hall for the airport to board Air Force One back to DC. Rudy Giuliani, Eric Trump, Lara Trump, and Kimberly Guilfoyle were seen disembarking Air Force One at JBA. 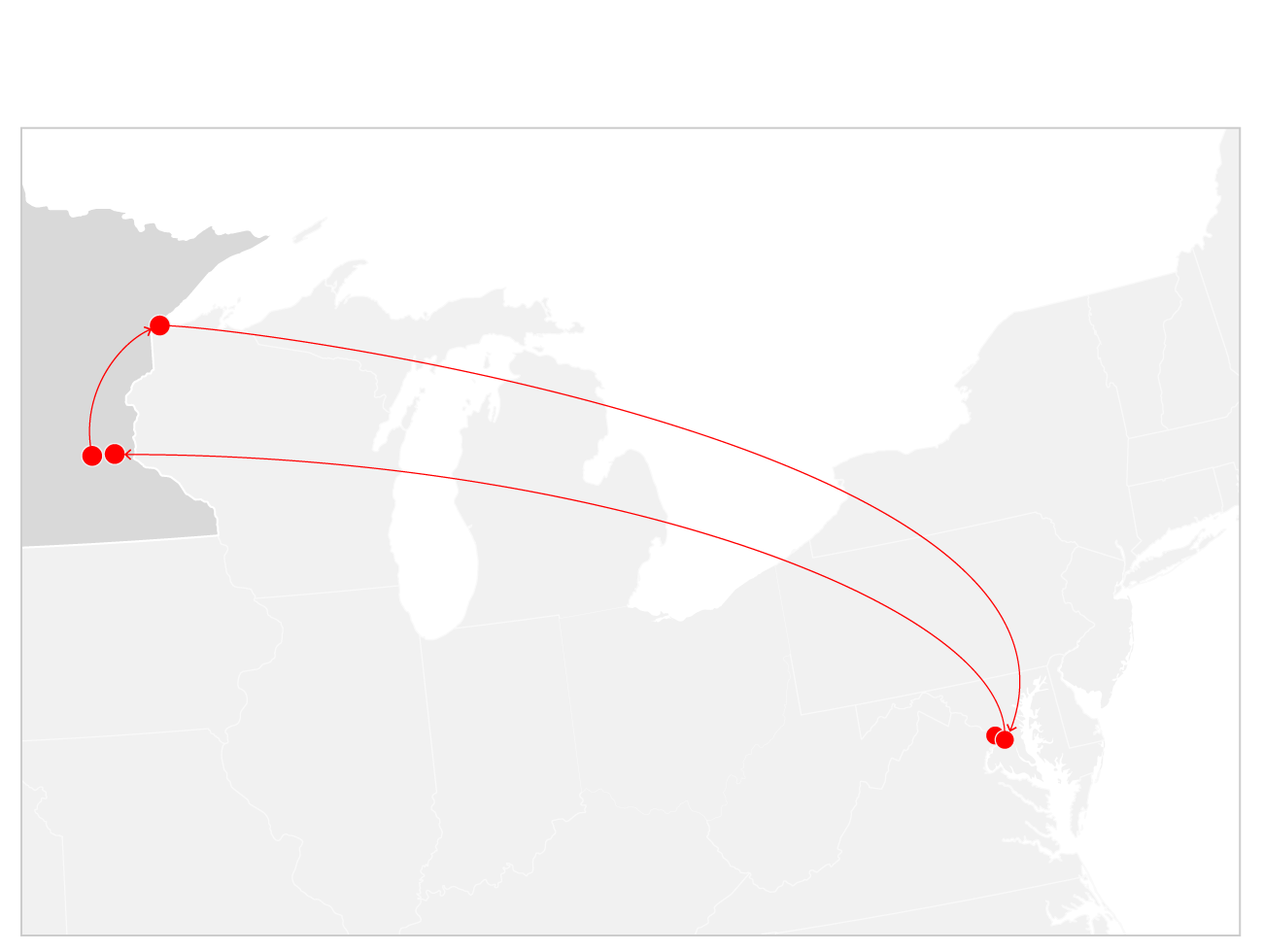 2:43 p.m. Trump left the White House on Marine One with Dan Scavino, senior adviser Jared Kushner, Hope Hicks, and Stephen Miller and then boarded Air Force One for Minneapolis.

Miller, the president's speechwriter and a top policy adviser, has since tested positive for COVID-19, he confirmed in a statement provided to BuzzFeed News.

5:23 p.m. CT Trump arrived at the home of Martin Davis, a prominent GOP donor, in Shorewood, for a fundraising event. It was unclear who or how many people attended the fundraiser.

6:35 p.m. CT Trump left the fundraiser and returned to the Minneapolis airport to fly to Duluth International Airport for a rally in the airport hangar attended by several thousand supporters, most of whom were not wearing masks, according to the pool. 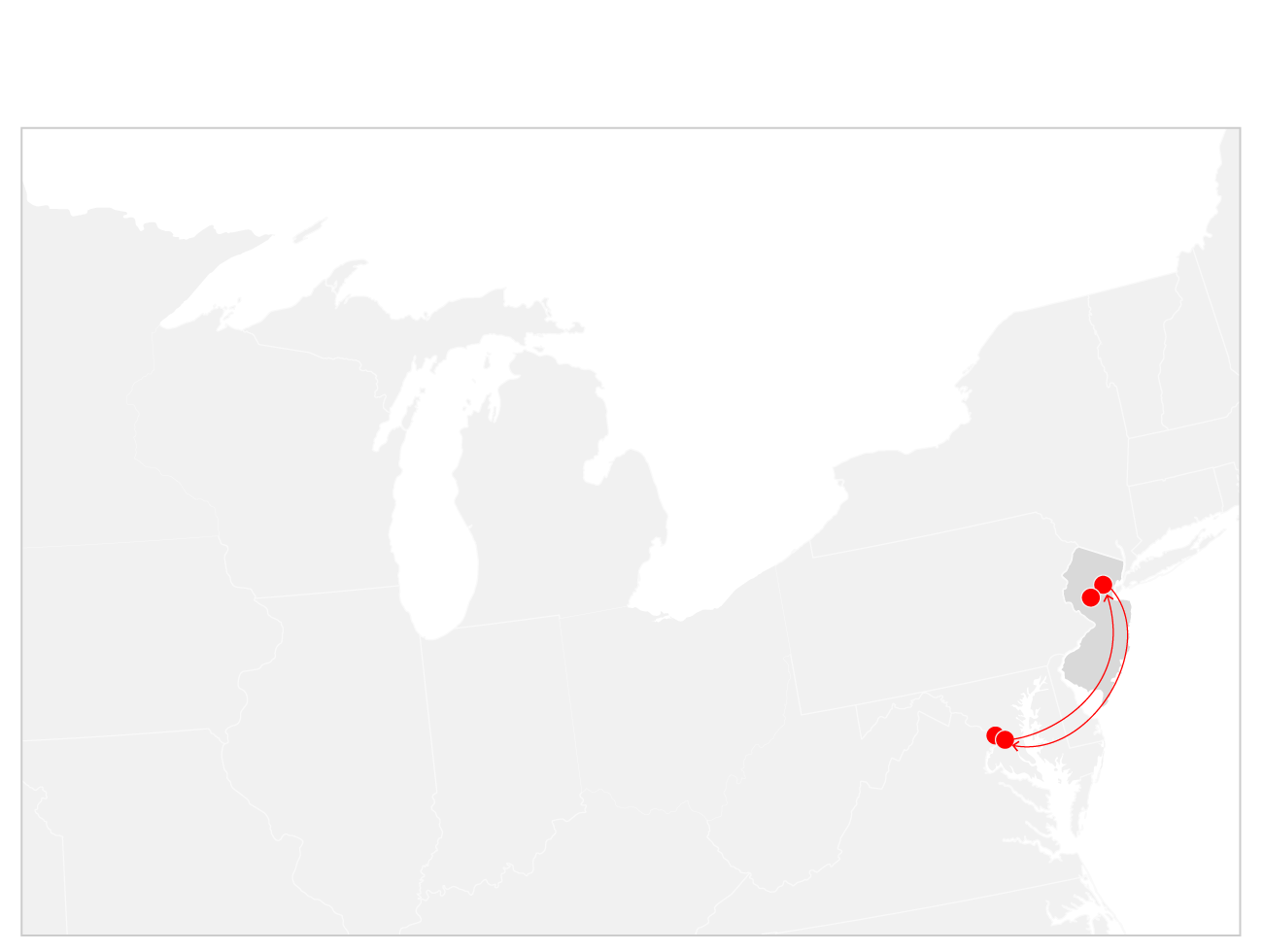 1:04 p.m. Trump boarded Marine One to JBA with White House spokesperson Judd Deere and adviser John McEntee. From there, they traveled on Air Force One to Morristown, New Jersey for a roundtable with supporters and a fundraiser at the Trump National Golf Club Bedminster.

Trump is said to have known about Hope Hicks’ positive COVID-19 test result before leaving the White House for these events in Bedminster. The president went to the fundraiser anyway.

2:07 p.m. Trump landed at Morristown Airport and took Marine One for the short flight to Bedminster for the roundtable and fundraiser. Both events were closed to reporters, who were left behind at the airport.

4:23 p.m. Trump left Bedminster on Marine One, about 30 minutes ahead of schedule, according to the pool. He then boarded Air Force One back to DC.

5:59 p.m. Trump returned to the White House. He waved and gave reporters a thumbs-up but did not stop for questions.

8:09 p.m. Multiple news outlets began reporting that Trumps’ top aide Hope Hicks, who traveled with him in the past week, had tested positive for the coronavirus.