I Keep Getting Tattoos Because Nothing Matters

Tattoos are a reminder, when nearly everything else is out of your control, that your body is your own to do with what you will.

By
by Shannon Keating

Last spring, while recovering from a presumed case of the coronavirus, I channeled my new pandemic anxiety (were we ever so young?) into buying things. Some of it was dumb and faddy and I regretted it instantly: the overpriced at-home manicure kit I used once and a couple of dumb kitchen gadgets that failed to make me excited about feeding myself every day. For the most part, though, I was happy to throw some cash at the small businesses, restaurants, and self-employed artists in my community who were abruptly cut off from their sources of income during New York City’s first lockdown.

I bought gift certificates to my favorite local spots, scored a couple of T-shirts in support of mutual aid groups and worker funds (including one in salmon tie-dye benefitting independent restaurants, because Jake Gyllenhaal told me to). I stocked up on handmade gifts for my loved ones from the artisans who’d been unable to sell their wares in person at markets. And most excitingly (and chaotically) of all: I paid a few of my favorite tattoo artists upfront for what would amount to nearly a sleeve’s worth of tattoos. 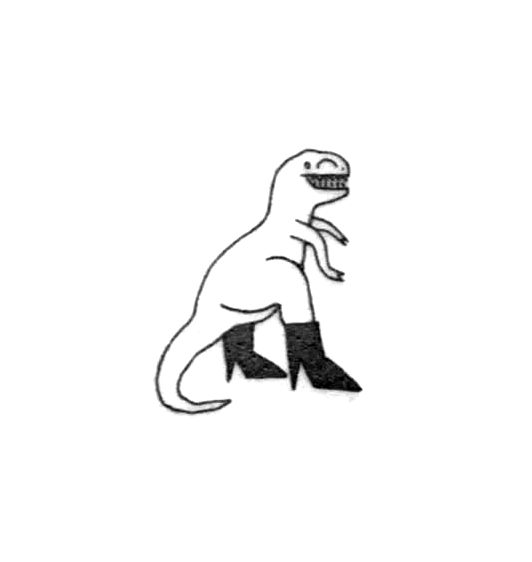 I got my first tattoo when I was 21, freshly heartbroken, and about 85% out to the world as gay. I wanted something to mark the profound, joyous, exhausting, and sort of horrible time I’d had wrestling my way into my newfound lesbian identity. I was dealing with a bunch of typical baby gay angst regarding my gender presentation, which had veered from jorts-wearing tomboy to preppy princess and back again throughout my young adulthood. At 14, when I pierced my own lip after being given novocaine at the dentist and routinely shaved my eyebrows off just to draw them back on again, I was obsessed with the tattoos I saw on the pages of MySpace’s most infamous emo scene queens. Thank god by the time I was legally allowed to get them I was focused more on fitting in than standing out — otherwise, I’d be stuck wearing lyrics from all my favorite bands who’ve now been semi-canceled in the wake of #MeToo.

Growing up in a conservative slice of Connecticut while slowly coming into a progressive feminist consciousness meant I was constantly toggling between pressures to assimilate and a deep desire to rebel. By the time I got to college, I was in a firm normie phase — coincidentally, the last time I’d try convincing anyone that I was actually straight, including myself. There’s a photo of me on the first day of my first year in a knee-length pastel purple skirt, tragic flats, and a white lace top that breaks my heart a little whenever I look at it; I was trying so hard to be a regular girl. 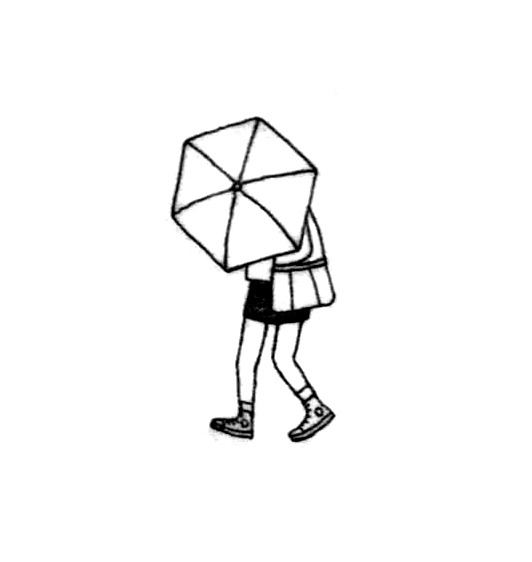 When college graduation brought with it the dissolution of my five-year straight relationship — and I finally got the hell out of Connecticut — I wanted to better communicate my queerness, my affinity with other alternative types. I got a simple black band on my upper arm from the friend of a friend, and I captioned my new profile photo on Facebook with a quote from Riese Bernard’s 2011 essay on her sexuality for Autostraddle: “If you dare to let go, if you dare to stop thinking about what box you fit into and just start being who you are and letting yourself want what you want, then I think you’ll wake up one day and find yourself sitting in the right box which might not be a box at all.”

Before 2020, I had only gotten one other tattoo, some upside-down triangles I vaguely attributed to “gay stuff.” When I was a teenager I imbued tattoos with such great weight and meaning; by my late twenties, I didn’t want them to really mean anything at all. I’d started dreaming of allowing myself to just start getting random pieces — things that were pretty or funny or both, art in various genres and styles, whatever called to me or made me happy. 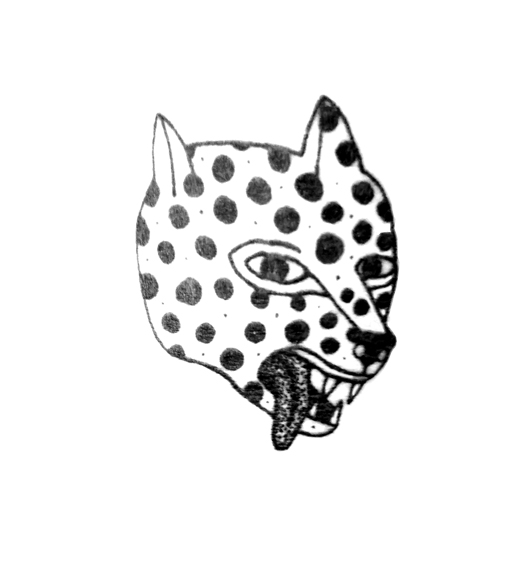 But I didn’t have the motivation to finally go through with it until the pandemic, when, even more so than usual, everything felt completely outside of my control: the immediate and long-term futures of my country, my job, this earth, my life. I was sad and scared and hopeless. Nothing mattered; everything mattered. I couldn’t do much to stem the death and destruction unfolding outside of my house besides spending as much time as humanly possible locked away inside it. What could I do? Get a tattoo of a dinosaur wearing little heeled boots.

Months after first purchasing the tattoo vouchers, when New York was feeling slightly less apocalyptic, I started exchanging them for new work on my arm. Nearly every artist I’d booked was tattooing out of a scrappy little private studio in Greenpoint or Bushwick after they’d been legally allowed to reopen; we were often the only people present for appointments; we wore masks and opened the windows wide to welcome the cross-ventilation and late summer sun. I was more comfortable taking calculated risks after covering the George Floyd protests throughout the city, when enormous outdoor gatherings of people masking up and taking the best possible precautions didn’t appear to lead to a spike in coronavirus cases. 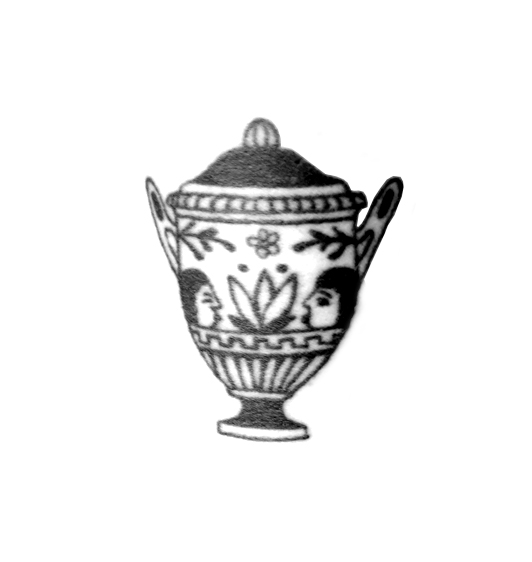 Still, I knew I was taking a chance in interacting with someone outside of my household, just like anyone who, after many months of unkemptness, snuck out to get a haircut or some Botox. My own personal virus comfort level: I refused to eat inside a restaurant even after they were partially opened in the city, but I did get some outdoor drinks. After nearly a year of everybody screaming at each other over social media about what is and is not acceptable pandemic behavior, I think I’ve fallen somewhere in the great big ethical middle between the strictest of social isolators and the virulent anti-maskers. I’m generally much more aligned with the former than the latter, to be clear, but I also know that at least some of the most sanctimonious COVID shame-tweeters have bent the occasional rule to fit their needs, because they, like you and me, are only human.

At 29, I now feel more comfortable with the way I present myself to the world than I have since I was a child who didn’t yet know to give a shit. No longer at all concerned with looking “gay enough,” I mostly just care about feeling like myself. It’s not finished yet, and I’m eager to keep chipping away at the blank spaces on my arm whenever it’s safe to do so again, but so far my almost-sleeve feels very much like me. Some of my pieces do have meaning, like a rendering of the women at the heart of one of my favorite films (Céline Sciamma’s remarkable lesbian love story Portrait of a Lady on Fire). Most of them, though, mean nothing at all: a pair of flamingos, the requisite traditional-style rose, a Grecian vase, a teeny tiny UFO. 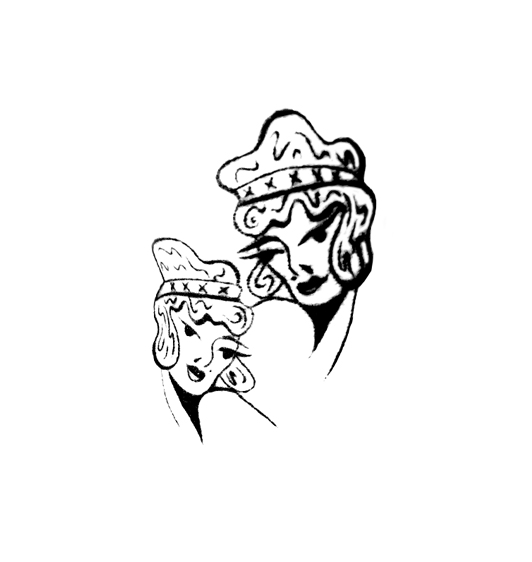 Sometimes I’ll get a new piece and kinda regret the placement or the size, imagining the ability to cut and paste my own skin, to make the full collection feel more cohesive, more perfect. But tattoos aren’t really supposed to be perfect. One of my favorite things about the small talk between the tattooer and tattooed is when an artist points out one of their weirder pieces, tells me a funny story about when and where they got it and with whom. When you cross the line between someone who has a couple of tattoos here or there to become a full-on Tattoo Person, it stops mattering quite so much if one of your many pieces sort of sucks. It’s all just a part of the journey, baby.

The artist Keara McGraw calls tattoos “permanent markings on impermanent vessels.” Tattoos are a reminder, when nearly everything is out of your control, that your body is yours to do with what you will. If you’re in more of a body positivity mindset, tattoos can make you feel like your own personal vessel is beautiful and sacred; if body neutrality is more your jam, tattoos are a comfort, silly stickers on these hairy, sweaty flesh sacks that we shouldn’t take so seriously. (I’m either on any given day.) They chart our passage through space and time, markers of things felt and days spent and mistakes made. They remind us that we’re here. ●

This story is part of our Body Week series. To read more, click here.