As the Supreme Court prepares to hear arguments in a major abortion case later this year, more than 500 athletes and coaches, as well as the players' unions for two major women's sports leagues, said in an amicus brief filed Monday that forcing people to carry pregnancies to term would reverse major gains in gender equality in sports.

"Without the constitutional guarantee of reproductive freedom, many women athletes would be forced to sacrifice their athletic pursuits, and progress made toward gender equality in sports would be reversed," the brief states.

The filing includes US Women's National Soccer Team players Megan Rapinoe, Becky Sauerbrunn, and Lynn Williams; WNBA stars Sue Bird, Diana Taurasi, and Layshia Clarendon; and hundreds of other high school, collegiate, and professional athletes who have "exercised, relied on the availability of, or support the constitutional right to abortion care in order to meet the demands of their sport and unleash their athletic potential." The Women’s National Basketball Players Association and the National Women’s Soccer League Players Association are also named as friends of the court in the brief.

“As women athletes and people in sports, we must have the power to make important decisions about our own bodies and exert control over our reproductive lives," Rapinoe said in a statement provided to BuzzFeed News. "Physically, we push ourselves to the absolute limit, so to have forces within this country trying to deny us control over our own bodies is infuriating and un-American and will be met with fierce resistance.”

The case before the court, Dobbs v. Jackson Women's Health Organization, concerns a Mississippi law that prohibits nearly all abortions after 15 weeks of pregnancy. The state is calling on justices to overturn Roe v. Wade and Planned Parenthood v. Casey, the 1992 opinion that held that states could not ban abortions before the viability point, which is usually around 24 weeks. The court is set to hear arguments in December and will consider the question of whether any ban on abortion before a fetus can survive outside the womb is unconstitutional.

Monday's brief includes several personal accounts from the athletes, including Crissy Perham, a swimmer and Olympic gold medalist, who publicly shared her abortion story for the first time.

Perham, who captained the 1992 Olympic swim team, said her decision to end a pregnancy during college gave her "a second chance at life."

"I was able to take control of my future and refocus my priorities. I got better in school, I started training really hard, and that summer, I won my first national championship," she said. "That choice ultimately led me to being an Olympian, a college graduate, and a proud mother today."

Others described the personal decisions and sacrifices they have made to compete at the highest levels in their sport and pursue their dreams, emphasizing the potentially drastic impacts of losing reproductive freedom.

"I have honed my body and my mind through my efforts," an unnamed Olympic soccer player said. "To have any of that autonomy taken away, to have someone else make decisions for my body and my career, is to take away my life’s pursuit."

Attorneys for the athletes argued that women's sports would not be where they are today without the right to abortion recognized in Roe and Casey. According to the brief, in 1971 — just one year before the enactment of the federal Title IX gender equity law and two years before Roe — fewer than 500,000 girls participated in high school athletics and fewer than 50,000 women played intercollegiate athletics. By 2018, those numbers grew to nearly 3.5 million and more than 200,000, respectively.

At the professional level, women's increased participation in sports has led to more success for the US in international competitions, the brief says. At the 1972 Olympics in Munich, American women won just 23 medals, while the men brought home 71. In the last three consecutive Summer Games, US women won more medals than their male counterparts; at the 2020 Summer Olympics in Tokyo, there were more women than men on the US team.

"Simply put, American women excel at the highest levels of athletic competition because of constitutional and legislative protections ensuring women’s rights to equal opportunity and access to organized sports," the brief states, noting that this success also inspires more girls to participate in sports, which provide numerous benefits, including academic success, career advancement, and improved self-esteem and health.

The attorneys argued that continued access to and reliance on the "constitutional guarantees of liberty and gender equality, including the right to reproductive autonomy" will help "empower the next generation of girls and women to continue to excel in athletics and beyond, strengthening their communities and this nation."

The brief states, "If women were to be deprived of these constitutional guarantees, the consequences for women’s athletics — and for society as whole — would be devastating." 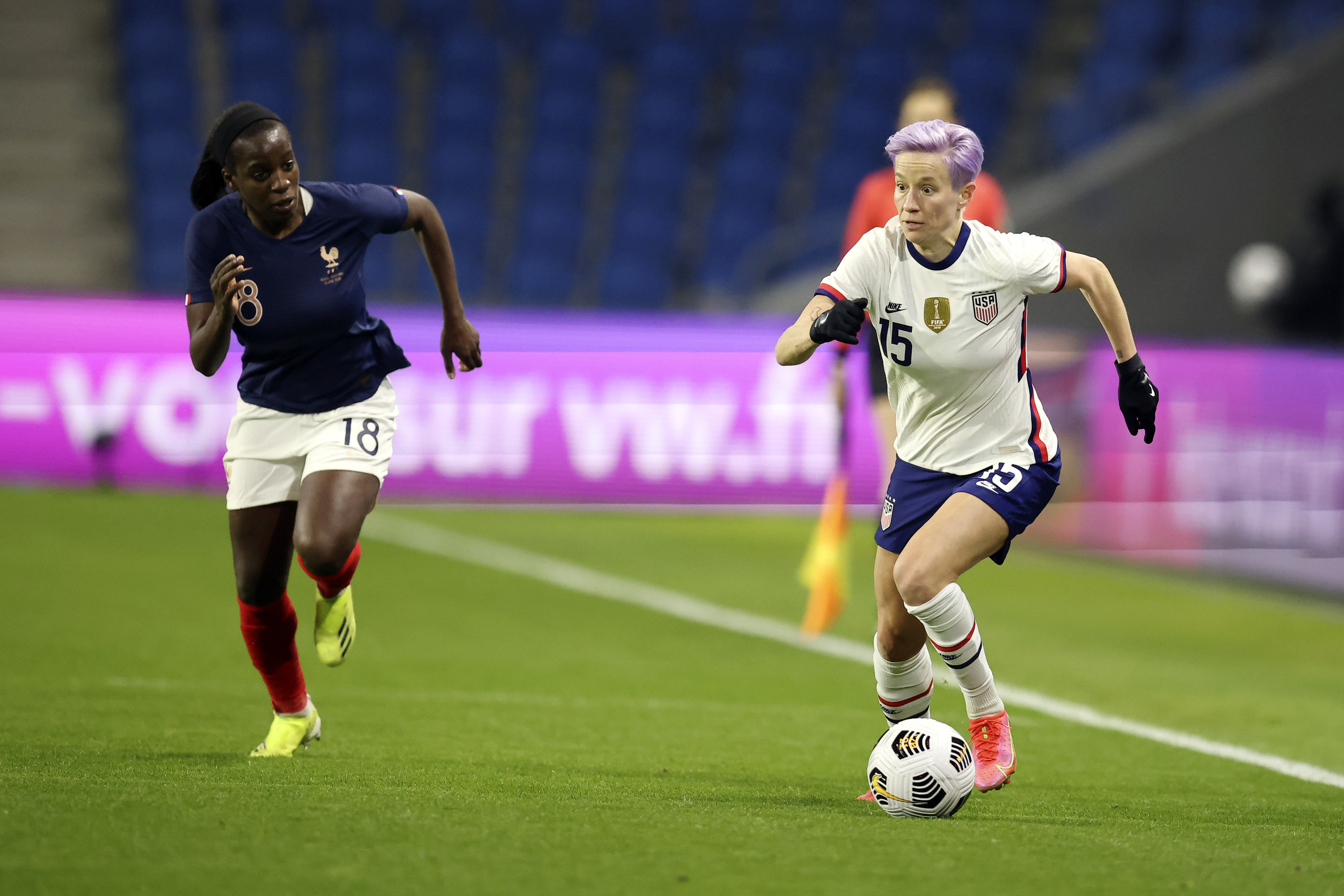