By
by Ryan Brooks

and
by Scott Pham

Seven of the reelection campaign committee’s 10 days with the most unique donors this year came at the end of September, on the days immediately following House Speaker Nancy Pelosi announcing a formal impeachment inquiry into the president. One of the other top days came in April, when news broke that former special counsel Robert Mueller objected to Attorney General Bill Barr’s characterization of his report on Russian interference in the 2016 election, according to FEC data.

“As a member of the Official Impeachment Defense Task Force, you will be a leader in defending me, the President, against these baseless and disgusting attacks,” one of the ads reads. “You will be responsible for defending American Greatness.”

In other Facebook ads, the campaign revived Trump’s “total witch hunt” slogan to characterize the impeachment inquiry. “Don't let Democrats and the Fake News Media silence YOU!” the ad reads, encouraging supporters to donate to the “impeachment defense fund.”

“The Democrats know they have no chance of winning in 2020, so now they are crying, ‘Impeachment!’,” one fundraising email from Trump’s campaign said on the day Pelosi announced the inquiry. “The Democrats thrive on silencing and intimidating his supporters, like YOU, Friend. They want to take YOUR VOTE away.”

The email told supporters that the campaign was launching an “Official Impeachment Defense Task Force” that would be made up of “President Trump’s most LOYAL supporters, the ones committed to fighting for him, re-electing him, and taking back the House.”

Pelosi and House Democrats reached a consensus on launching the impeachment inquiry amid reports that Trump had pressured the president of Ukraine to open an investigation into former vice president Joe Biden and his son and withheld aid from the country.

Campaigns often have bursts of donations at the end of September — it’s the final days of the quarter, and campaigns typically try to end strong with a concerted fundraising push.

But the campaign’s ads in the days after Pelosi’s announcements focused closely on impeachment. The initial ads centered on downplaying the significance of the president’s call with the Ukrainian president, after the White House released a non-verbatim transcript showing Trump asking for a “favor.” Another ad posted to Facebook features Trump saying “my conversation with the new president of Ukraine was perfect, there was no quid-pro-quo; there was nothing. It was a perfect conversation.”

The Trump campaign raised over $14.2 million in the third quarter from individual donors, not including money raised from affiliated committees or the Republican National Committee. Altogether, those groups raised $125 million, Trump’s campaign manager said.

The donors factored in by the FEC include only donors who gave more than $200, as reporting requirements do not mandate campaigns disclose donors who give smaller amounts. 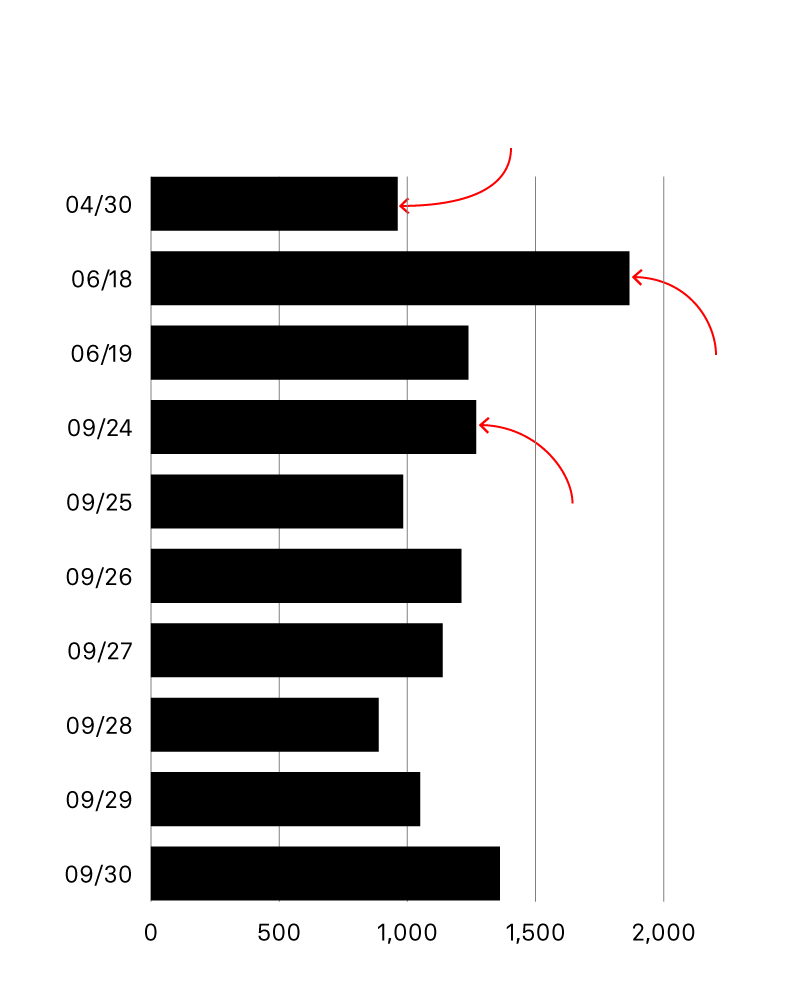 he objects to AG Barr’s summary of his investigation 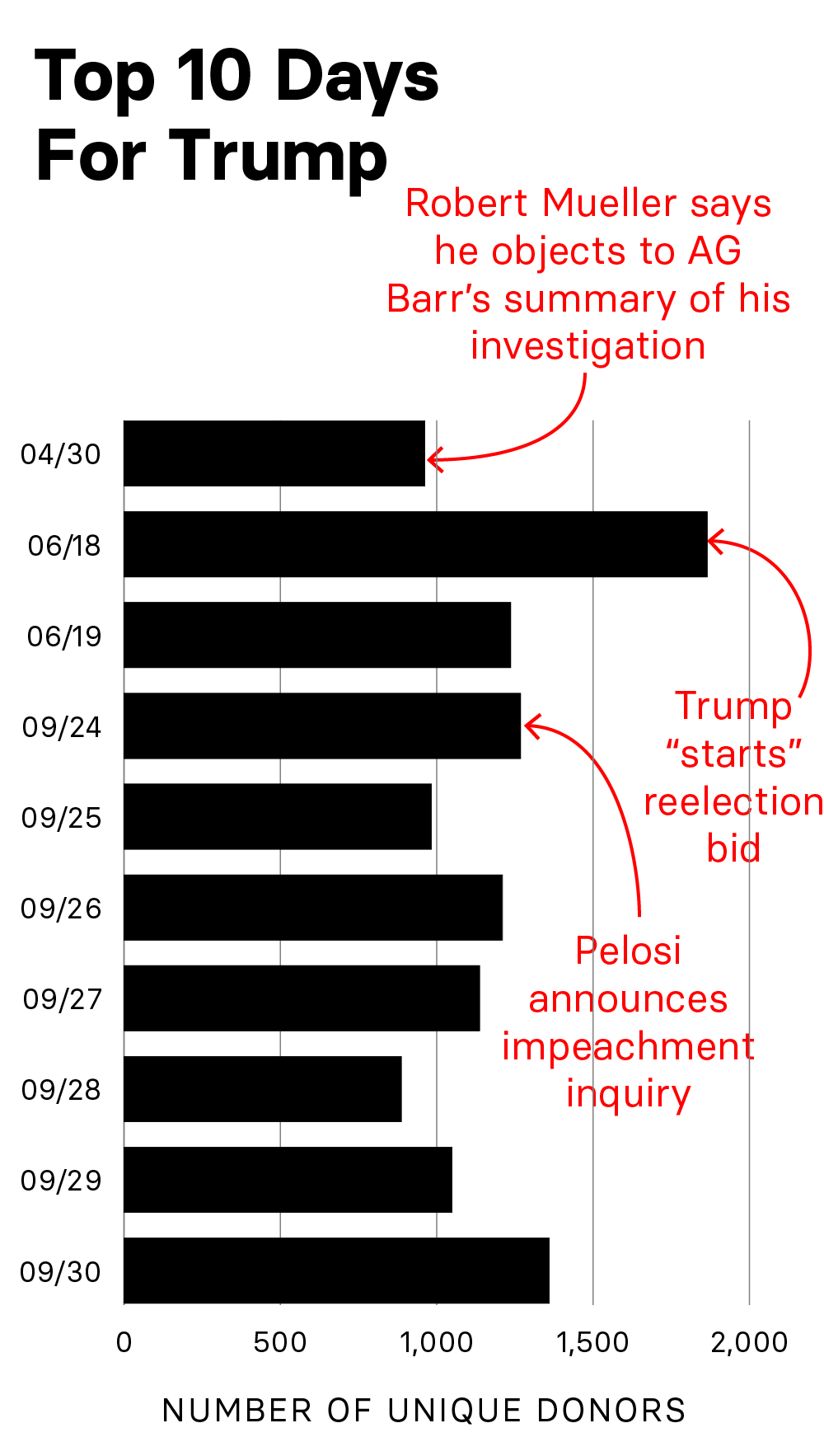 Some Democrats have worried that pushing to impeach Trump could just solidify and energize his base. Sanders, one of the leading candidates in the Democratic primary who does support impeachment, told reporters last month that he feared that if Trump is impeached in the House but not convicted in the Republican-controlled Senate, “I know and you know what [Trump] will do: ‘I am vindicated! … I am vindicated!’”

“Their goal has always been to silence YOU, they want to steal YOUR voice and YOUR vote,” another Trump fundraising email, sent with a “📎 Call Transcript” subject line, read. “This is only the beginning of yet ANOTHER nasty Witch Hunt against me, and we need to fight back BIGGER and STRONGER than ever before.”