On The Road With The Vaccine Van: How One City Is “Getting Out The Vax”

With demand for vaccines declining, officials are coming up with creative ways to reach those still unvaccinated. So we hitched a ride with a vaccine van.

By
by Julia Reinstein

PATERSON, New Jersey — On a sunny morning last week, dozens of people were vaccinated against COVID-19 in the middle of a bustling sidewalk.

Operating out of a van turned pop-up mobile vaccination center, healthcare workers chatted with passersby who’d come to see what was going on in the big white tent on Paterson’s Main Street. “Have you gotten vaccinated yet? Do you want to get vaccinated right now?” they asked people in both English and Spanish.

As BuzzFeed News spoke with Paterson Mayor André Sayegh, a resident approached to say hello, and the mayor asked if he’d been vaccinated yet. When the man said he hadn’t, Sayegh told him he could get vaccinated right there, right then, if he wanted to. He agreed and got his Johnson & Johnson shot within minutes.

“We got ourselves a customer! I didn’t stage that,” Sayegh said with a laugh.

The resident, Horace Rattigan, said he’d initially held off on getting a vaccine due to safety concerns he had. But when Rattigan, 33, saw his brother safely receive a dose, he started thinking he might too. Running into the mayor and finding out he could skip all the planning and get vaccinated on the spot was all it took to turn a “maybe” into a “yes.”

“I’m actually kind of excited to get this vaccine, because with the country and the world starting to open back up again … and with all the information we’re getting, it seems a little safer and reassuring for me to try it out,” said Rattigan. “I’m doing it for myself, for my sake, and for all the people of the town and the world.”

Some 60% of adults in the US have now received at least one dose of their COVID-19 vaccine, but demand has been declining over the last month. In order to vaccinate as many people as possible to stop the spread of the virus, officials are now seeking out creative solutions, like Paterson’s mobile vaccine clinic, to motivate people who have yet to be vaccinated to do so. Over the Hudson River in New York City, officials are offering vaccines to commuters in subway stations, while some New Orleans residents are getting their shots right in their front doorways. Mobile vaccination efforts like Paterson’s are also popping up across the country, inoculating hard-to-reach individuals like restaurant workers and rural farm workers — whatever it takes to get the jab done.

“We call this vaccination on demand,” Paterson Mayor Sayegh said of his community’s vaccine van. “If it’s here, it’s hard to say no.”

Not every yet-to-be-vaccinated person is necessarily anti-vaccine. For some, the main issue is one of access. Even where vaccines are plentiful, many may not be able to spare the time off work or caring for family in order to attend a vaccine appointment or recover from side effects. Nearly a third of working adults who don’t feel ready to get vaccinated yet said they would be more likely to if they had paid time off from their jobs for it, according to a recent poll. Booking and showing up for an appointment can also present challenges, especially if you are an older adult, have a disability, don’t speak English, or don’t have easy access to transportation or the internet.

As a result, it’s largely the most vulnerable Americans — people with low incomes, immigrants, and people of color — who remain unvaccinated. According to the New York Times, 30 million Americans say they want to get vaccinated but have not been able to do so yet, compared to the 28 million who say they probably or definitely do not want a vaccine.

In Paterson, where about 86% of residents are Black or Latino and more than a quarter live below the poverty line, all these factors have compounded, keeping vaccination rates significantly lower than in surrounding towns. So local health officials decided it was time to “get out the vax” by taking their efforts right to the people.

Since the first week of May, the mobile vaccine clinic van has parked in a variety of areas with high foot traffic, inoculating dozens of residents nearly every day. The van offers the single-dose Johnson & Johnson vaccine so there’s no need for the recipients to come back for a second shot. The pop-up clinic operates every weekday, with both morning and night hours, as well as on Saturdays, allowing people to more easily get there without missing work. While the schedule is posted on the city’s Facebook page, most people just stumble upon it while going about their day.

That includes Wayne Smith, 62, who spotted the pop-up vaccine site from his workplace window across the street. He was supposed to get vaccinated in nearby East Orange, where he lives, but missed his appointment, so he felt quite lucky when the vaccine effectively came to him. “I just want to enjoy life!” Smith said. “I’m just glad that this is behind me, and I’m one of the thousands in this country that got this done and got to be a part of it.”

Garfield Thompson, 45, was on his way to a bank when he decided to get his shot. Everyone else in his family has already been vaccinated, but he had decided to wait. “I feel more secure now,” Thompson said.

Billy Pagan, a community disease investigator with the Paterson Division of Health, told BuzzFeed News that tailoring solutions to individual communities is the most effective way to get out more shots. What works in one city might not be effective in another, and vice versa.

Accordingly, Paterson’s mobile vaccine staff are mostly longtime residents with a keen understanding of the city. They are also nearly all multilingual, a major asset in a place where well over half the residents speak a language other than English. Paterson has a large population of immigrants, many of whom are undocumented and are afraid of what could happen if they’re asked for ID. 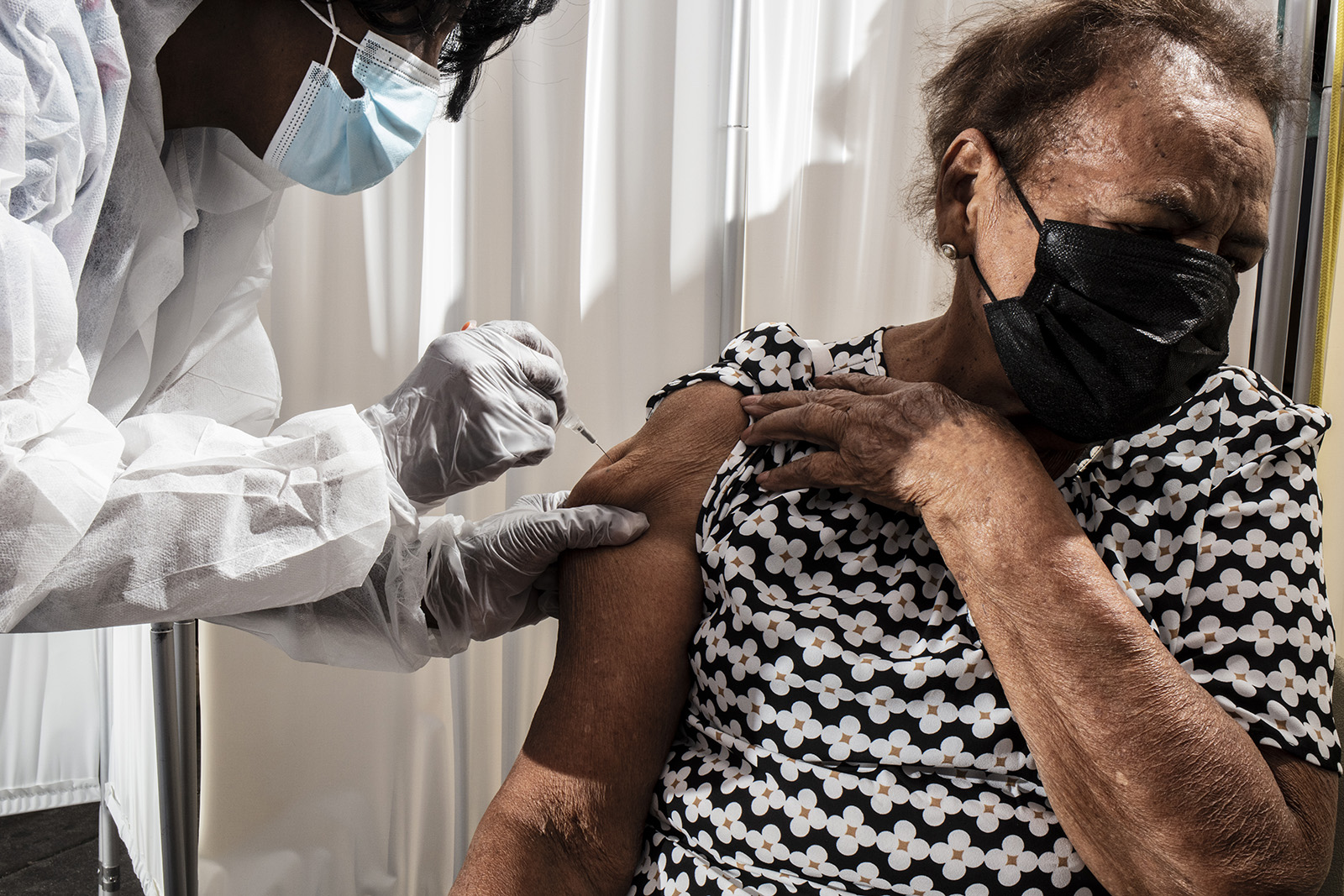 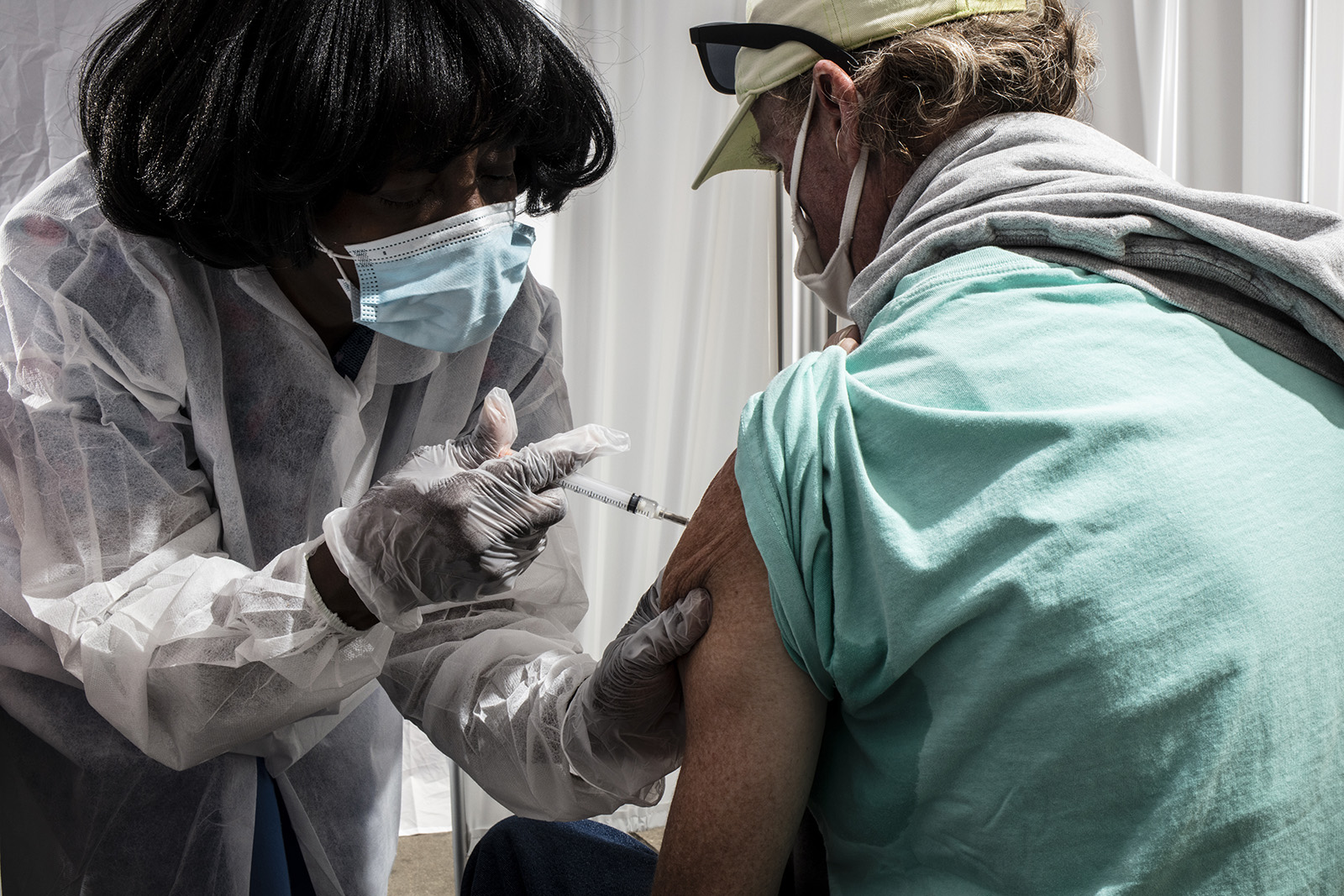 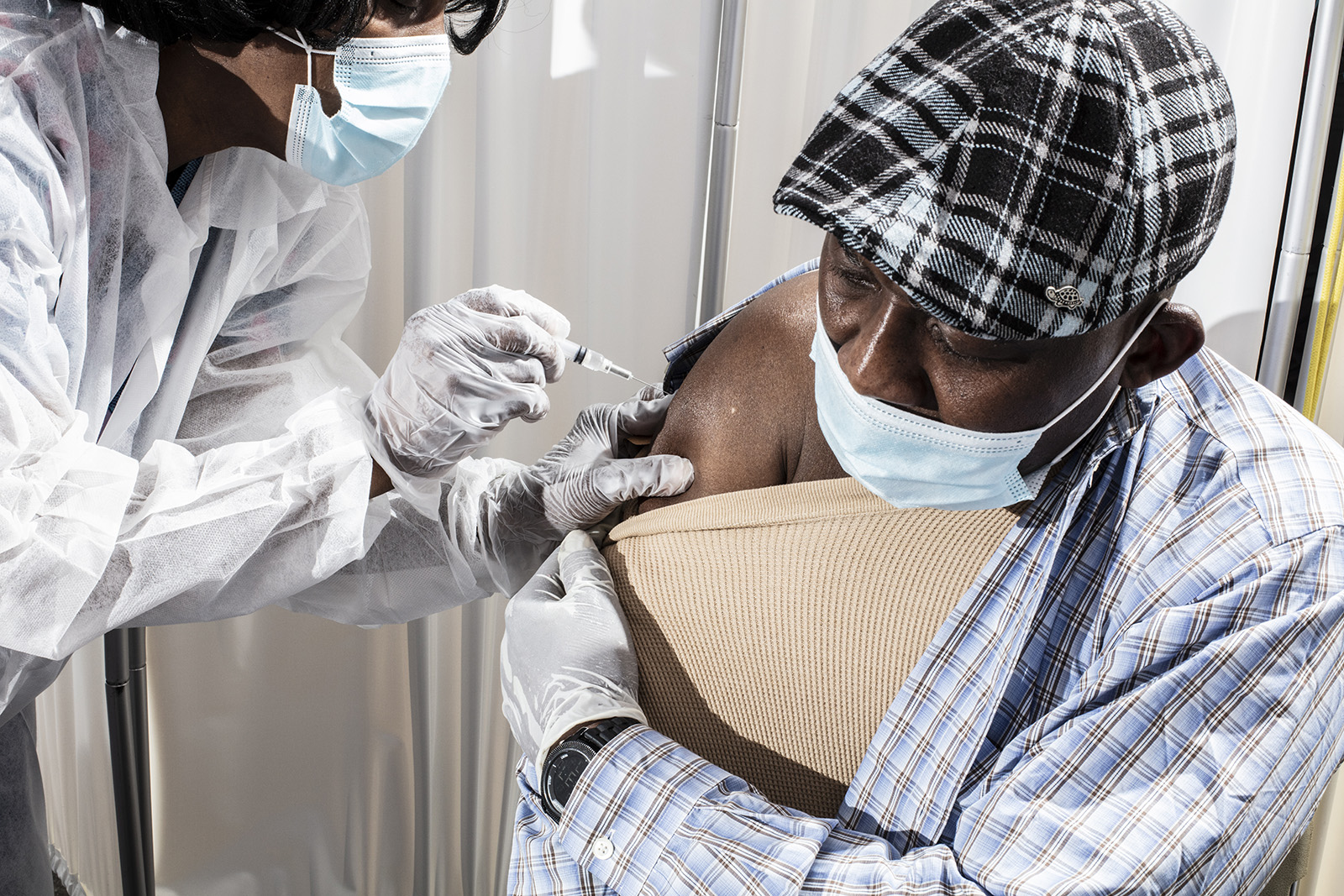 “If you don’t speak good English, the fear is, Maybe I’m not going to get the help,” said Michael Emele, a project manager with the health department who learned to speak Spanish on the job. “You’ve got to remove barriers to hesitancy.”

The diversity of Paterson means there’s a range of reasons for the hesitation among some residents. Black men face some of the most disproportionately low rates of vaccination in the city, and Mayor Sayegh said several wary residents he has spoken with pointed to the long history of racism in the medical system as to why they felt cautious about getting a shot. In order to alleviate these fears, Paterson has partnered with houses of worship, as well as trusted Black community leaders and athletes, to get the word out.

Convincing Americans that vaccines are safe and effective has been a nationwide effort. In Detroit, volunteers are knocking on doors to have similar one-on-one conversations with people who may be wary. In other parts of the country, officials are offering incentives instead, with some Americans deciding to get a jab in order to score free beer, donuts, sports tickets, or even potentially win $1 million — something that has led to a spike in sign-ups in Ohio.

In Paterson, healthcare workers said online misinformation has been their biggest enemy in the fight to end the pandemic. In some cases, trust is only built one person at a time.

“There’s been a lot of negative propaganda [and] theories about this,” said Pagan. “So my job is to speak to them as much as I can, and hopefully they take into consideration what we discussed and decide to do it.”

Paul Persaud, the director of the Paterson Division of Health, said these one-on-one conversations have been a secret weapon in the fight against vaccine conspiracy theories. “Some people say, ‘Well I’m diabetic. I don’t think I should get it,’ but I say, ‘That’s a reason to get it, if you’re diabetic,’” Persaud said. “By answering these little questions, sometimes that’ll convince people and motivate them to get the vaccine.”

On that Tuesday morning last week, the Paterson team vaccinated 50 people, a new record for them. But with the mobile efforts continuing as long as they’re needed, they’re looking forward to beating that number, hopefully repeatedly.

“This is the first step in mobilizing to get people vaccinated, and I hope we continue to utilize this,” said Pagan. “This is going to benefit the city of Paterson, and hopefully this will set an example for everyone else in different communities and cities.” ●