Things For Our Homes We Tried And Loved In 2021

By
by BuzzFeed News 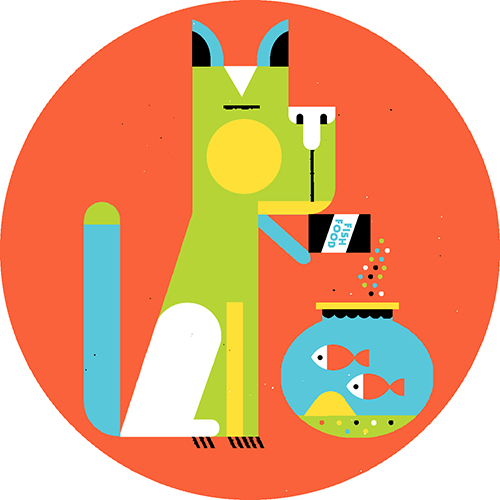 Working remotely all year, the staff at BuzzFeed News had lots of time to test out different ways to make time at home a little more bearable. From hummingbird feeders to a pet fish, fancy sheets, or a small real alarm clock, these are all things we highly recommend.

These items were independently selected by staff and except where noted, spent their own money on it. Just so you know, BuzzFeed may collect a share of sales or other compensation from the links on this page if you decide to shop from them. Oh, and FYI — prices are accurate and items in stock as of the time of publication.

Tervis insulated tumblers — $34.99 for a four-pack at Amazon

2021 was the year I accepted that I needed some kid-friendly plastic drinking glasses for adults. They keep cold drinks cold for an impressively long time — I’ll leave an iced coffee out and find it two hours later with ice cubes still intact. Best of all, the insulation means no condensation sweat to leave rings on wood tables. They’re not the chicest-looking drinkware, but they’re perfect for daily use. —Katie Notopoulos

I recently full-on slept through my phone alarm, which was...concerning. Though it did not totally fuck me over on that particular day, it was a wake-up call (lol) that my iPhone cannot be trusted as the sole thing to get me out of bed on time. I purchased a tiny, real alarm clock, and you should, too. It has performed its job of waking me up on time without incident, with the added benefit of not having the very first experience of the day be a blast in the face of the inevitable bad vibes of my phone. Plus, it's cute! —Addy Baird

I refuse to look at my phone’s Screen Time, but I’m sure that in 2020 I spent at least 80% of my waking hours looking at my phone or laptop. I knew it was hurting my eyes and brain, but I struggled during quarantine to find a hobby I enjoyed that took me completely offline. At the end of that year, I bought a crossword puzzle calendar to give myself a daily task (I’m bad at hobbies so hobbies must be tasks) for 2021 that could take anywhere from 10 minutes to several hours to complete. I set myself rules to make it feel even more like an accomplishment (again I am not saying this is the right way to do things): I never google clues, but I can phone a friend. I can’t rip off a day until I’ve finished it (except for the times when I got behind by a week...catching up on that is too much pressure so I just rip seven days off in a chunk like they never happened). The compact page-a-day calendar was easy to take on trips to the woods where my friends would offer to help with the puzzle and then immediately get frustrated that they didn't know which seven-time Emmy winner a clue could possibly be referring to (Ed Asner). Patience is key with crosswords, and the joy of it isn't fun for the whole family, but rather a peaceful, solitary task that doesn't involve looking at my freaking phone. —Sarah Schweppe

A defining image of the pandemic for me is our 60-pound “puppy” cannonballing my unsuspecting daughter as she relaxed in the mountainous LoveSac that now sits, like a befurred and cuddly Jabba the Hutt in our family room. (LoveSac loaned BuzzFeed this item to review.) It’s difficult to describe just how comfortable and how much fun this thing is. Imagine sitting in a bathtub full of fur or a vast kangaroo pouch. Now, imagine doing it with another person. And now add a dog. The big caveat here is that you really need to have a good appreciation for the ridiculous to live with one of the larger LoveSacs as they are Raiders of the Lost Ark boulder–size, but wow, what a wonderful thing to watch movies from. —John Paczkowski

Years ago when the direct-to-consumer bedding marker first emerged I bought a set of Parachute linen sheets. I remember being thrilled with them at the time, but they lost their color within a year and ripped soon after. So earlier this year we bought some new linen sheets from The Citizenry. I don’t often use the word lovely, but these sheets demand it. They are lovely, deliciously comfortable, and have withstood repeated washings inspired by a strong desire to ALWAYS have them on our bed, which is where I’m writing this because why not? —John Paczkowski

In fall 2020, I wrote about how hard-to-buy Nugget play couches had become like Supreme drops for moms. The foam couch had grown a cult following through Facebook parent groups as a fun, fort-buildable couch that kids could climb on while doubling as playroom furniture that came in an Instagram-worthy array of colors. The pandemic created a surge in demand and a slowdown in production, resulting in a “drop” system where restocks would sell out within minutes. After publishing my article, I decided to buy one myself.

My verdict: It’s absolutely worth the hype. My kid loves climbing and jumping on it, and the best endorsement I can offer any parent is that after an early evening session of Nugget play, he will conk right out at bedtime.

There are now plenty of competitors to the Nugget couch, but a lot of them are way more expensive. Though colors are still limited, it’s possible to actually order one now. —Katie Notopoulos

I absolutely did not want a fish. My son had been begging for a fish for months (downgraded from a dog at least), and I relented last January in a moment of pandemic-induced guilt. He couldn't have playdates with real children, but maybe he could have a fish companion. I dreaded cleaning the gross bowl, remembering to feed him, and having to explain his inevitable death to a small child.

Turns out I was wrong. I love Swimmy, the blue betta fish. After a short-lived period of my son feeding him a single pellet in the morning and evening, I’ve taken over his feeding duties, and I enjoy it. I talk to Swimmy, greeting him in the morning and evening. I find the light in his tank a helpful nightlight in the kitchen — the one light that stays on, and his tank is even kind of attractive.

Best of all, cleaning his tank is easier than I thought it would be. Instead of dumping all the water out weekly, you replace about a third of the tank every three to five days, while the fish stays in the tank (I just scoop it out with a measuring cup). —Katie Notopoulos

Hummingbirds are assholes. (OK, just some hummingbirds are assholes. But they’re all adorable!) This I learned after hanging my first-ever hummingbird feeder, daring to hope that it would attract the eponymous visitors. (After being cooped up in a gloomy one-bedroom apartment for a year and a half during the pandemic, we finally moved this summer to a sunny place with a yard.)

It didn’t take long — within hours, a colorful lil’ cutie was slurping up nectar (1 part sugar, 4 parts water, easy-peasy) and buzzing around the patio. News spread quickly and a number of their friends popped by — only to be chased away by the aforementioned asshole, who perched near the feeder and spent the whole day scaring off the competition (with a clicking noise we originally thought signaled an electrical problem). I decided I needed another feeder placed far enough away to satisfy other customers.

Two feeders became four, four became six. For prime window viewing, I bought a couple of tall shepherd’s hooks. Now we (and our cats) can see the hummingbirds (most of whom are not assholes) from nearly every room in the house. Often when I’m outside replacing a feeder (every four to five days), a hummingbird will buzz around my head like I’m Snow White. Because of these tiny, extraordinary creatures, I experience joy — however fleeting — every single day. Even in 2021!

I’ve got Amazon open in another tab, and I’m about to hit “buy now” on my seventh feeder. Can you blame me? —Dru Moorhouse

By the time our new "puppy" was 7 months old, he weighed 80 pounds and had probably destroyed his own weight in dog toys. We very quickly lost count of the "indestructible" plushies that were disemboweled and drawn and quartered in the one-puppy Battle of Helm's Deep that has been raging in our living room for months now. Only one toy has survived: an Outward Hound Invincibles snake. While he's been desqueaked, brutalized, and used to tow me around in an office chair, Severus Snake, as we call him, endures. He may well be immortal. —John Paczkowski

This is Sir Jiggery Pokery, love of my life and the best decision I ever made. He is named after Antonin Scalia’s colorful dissent in King v. Burwell. (Scalia was a hilarious writer, as long as he was in dissent.) But Jiggers, bless him, has no love for cat toys. If it was made for cats, he is not interested in it, because, well, that’s how being a cat works.

But he is not impervious to the chemical weaknesses of his kind. At some point during the pandemic, I got a big tub of catnip, took an unmatched sock, shoveled about a cup of the catnip into it, and tied off the top. Jigs promptly took the sock and wrapped it around his head, flailing about in the most feline of highs.

Later that evening, he was running around the kitchen diving into empty Whole Foods bags, as one does, and he managed to get the handle of one stuck around his neck. Alarmed, he leapt into the air and ripped the bag in two. He then sprinted across the house, up the stairs, and under the bed, with half the paper bag flying behind him like a superhero cape.

Anyway: Get a cat; they are one of life’s great delights. Then get a big tub of catnip and get him real high. —Emily Baker-White

After 16 months of the pandemic, I figured it would be a good idea to get a desk for my apartment that would not also come with physical therapy for my body. I wanted an adjustable standing desk, but not something that cost $800+ or looked really stupid. I was lucky enough to have been tipped off to a secret: Workbenches sold by Home Depot intended for, I don't know, workbench stuff, actually make for perfect and cheap standing desks. This one is great — it looks fine, it comes on wheels if I need to clear space, it has a cool hand crank that's easy to use. And, best of all, it says “Husky” on it in big letters with a wolf head decal, which makes me feel very powerful while I stare at Tweetdeck. —Matt Berman