R. Kelly Has Been Found Guilty Of Sexually Abusing And Urinating On A 14-Year-Old Girl In An Infamous Tape

Prosecutors had tried to show how the R&B singer, who was acquitted of producing child sex abuse images in 2008, escaped accountability for so long. 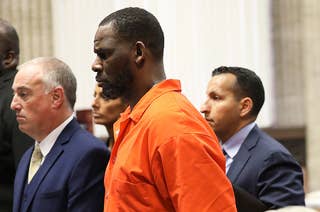 R. Kelly’s Attorney Suggested The Woman Who He Allegedly Sexually Assaulted And Urinated On In An Infamous Tape When She Was 14 Was Benefitting Greatly By Coming Forward Years Later

The woman, who was 14 when the R&B artist allegedly sexually assaulted her on videotape, denied she was seeking to benefit from agreeing to take the stand. 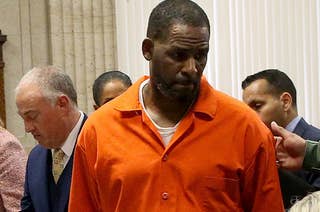 A Woman Said She Felt “Ashamed” By The Infamous Tape Of R. Kelly Allegedly Sexually Assaulting And Urinating On Her When She Was 14

The alleged victim, now 37, said the R&B singer groomed her for sexual abuse soon after he agreed to be her godfather.

Jurors heard opening statements Wednesday for a trial in which the R&B singer faces 13 counts, including producing and receiving child sexual abuse images and obstructing justice. 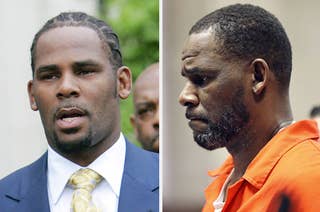 R. Kelly Could Finally Face Justice For The Tape Of Him Allegedly Sexually Abusing And Urinating On A 14-Year-Old Girl

Five alleged victims could be called to testify, including the girl in a graphic tape that became forever tied with Kelly’s public persona. 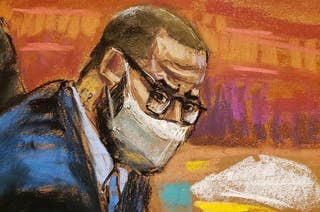 R. Kelly Has Been Sentenced To 30 Years In Prison For Federal Sex Crimes

Prosecutors argued that if Kelly had the chance to abuse more young people, he would do so. 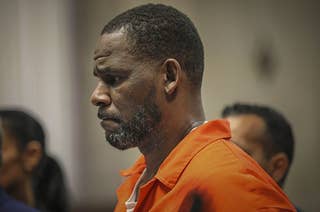 An R. Kelly Fan Was Arrested After Allegedly Threatening To "Storm" The Offices Of The Prosecutors In His Sex Trafficking Trial

Christopher Gunn made the threats in a video he posted to YouTube, prosecutors said.