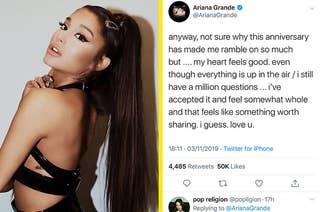 Ariana Grande Got Real About Her Personal Life After Celebrating The Anniversary Of "Thank U, Next"

Looking back on the year since "Thank U, Next's" release, Ariana said: "I can’t believe I've spent more time alone this year than I have in my life, I can't believe how many sessions with my therapist I've had." 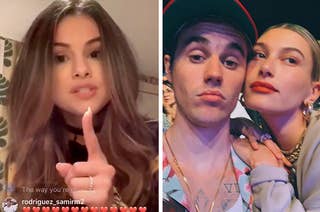 "I do not stand for women tearing women down and I will never, ever be by that," Selena said in an Instagram Live. "Please be kind to everyone." 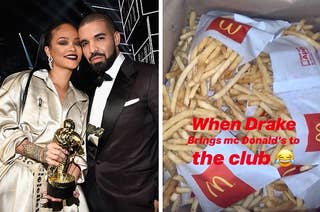 Rihanna Went To Drake's Birthday Party, Possibly Ate McDonald's In The Club, Then Went Home, And It's A Big Mood

Rihanna was photographed arriving at Drake's birthday party in LA on Tuesday night, where she enjoyed a "fun girls' night out". 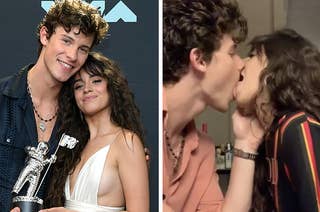 With rumours spreading that the couple had gone their separate ways, Camila decided to shut them down once and for all. 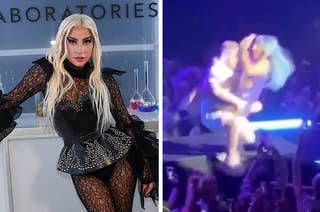 Despite taking a hard fall off the stage, videos being shared on Twitter show Gaga quickly getting back up and continuing the show with the fan right by her side. 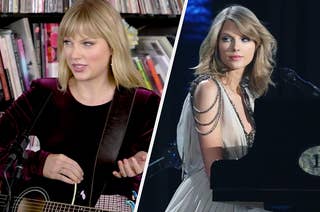 "What would happen if I was ever happy? Would I not be able to do the thing that I love most in the world?" 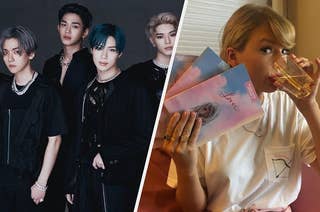 SuperM Just Became The First K-Pop Group To Get A Billboard No. 1 Debut Album And It's Caused A Debate About Bundling

"They should create a Billboard top merch chart." 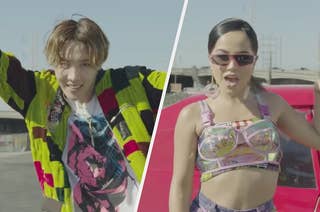 The "Chicken Noodle Soup" Challenge Has Started On TikTok. Here's What You Need To Know About It. 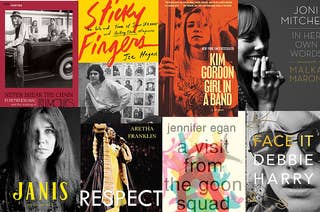 11 Great Books About Rock And Roll

From Debbie Harry’s upcoming memoir to Jennifer Egan’s A Visit from the Goon Squad. 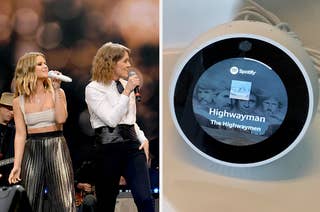 Alexa Plays The Highwaymen Instead Of The Highwomen

"Me: Alexa, play the Highwomen. Alexa: Shuffling songs by the Highwaymen. Me: [dies of patriarchy]." 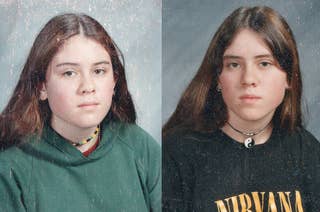 In their new book High School and an album revisiting early demos, Tegan and Sara explore how their teen years shaped them — and me. 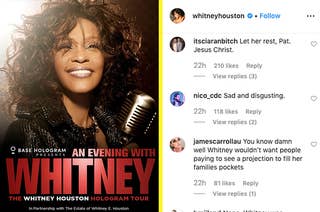 "Watching an empty shell of her perform isn’t the type of memory I want to associate with such an extraordinary artist," one fan said. "What a disgrace to Whitney’s legacy." 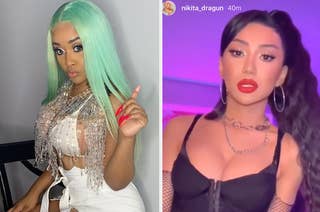 TikTok Has Created Another Viral Music Star In Stunna Girl

Like Lil Nas X’s “Old Town Road,” Stunna Girl’s “Runway” has gotten attention from the music industry thanks to going viral on TikTok. 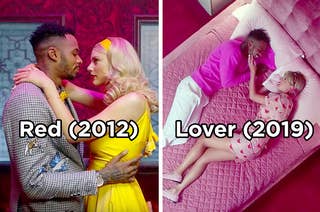 ~You two are dancing in a snow globe round and round.~ 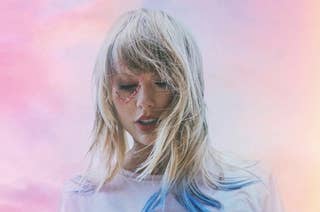 Taylor Swift Released Her New Album, "Lover", And It Turns Out She's Been Dropping Easter Eggs For Months

We're finally stepping into the daylight and letting all of these Easter Eggs go... 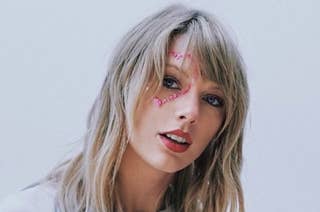 Taylor Swift Will Rerecord Her First Five Albums Beginning In 2020

There's no word yet on the fate of Reputation. 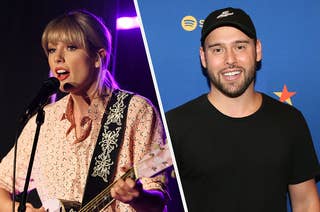 Taylor Swift Announced She’ll Rerecord Her Old Music After The Scooter Braun Drama, And Then She Liked A Series Of Tumblr Posts About It

"He literally bought her music for millions and soon it's all gonna be worth nothing." 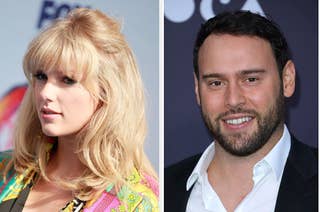 Swift says she will "absolutely" rerecord her old music. 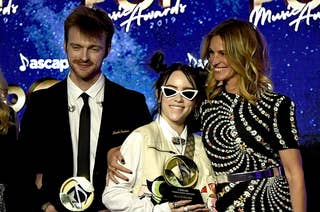 Is Billie Eilish Really That “Weird”?

The teen singer transitioned from streaming darling to full-fledged pop star this summer. But is her success as groundbreaking as it seems? 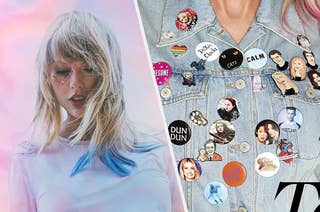 Taylor Swift Just Dropped Her New Song, "Lover" — Here Are All The Clues We Missed

Of course, there have been months of hints. 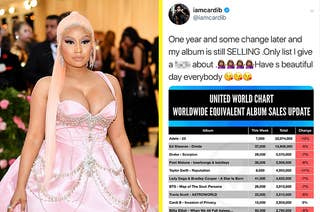 Just when you thought the drama was over, the two rappers appeared to take some pretty savage jabs at each other. 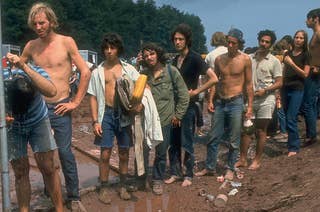 Woodstock defined a generation and saw some of the greatest musical performances in history — as well as inclement weather, overcrowding, and garbage as far as the eye could see. 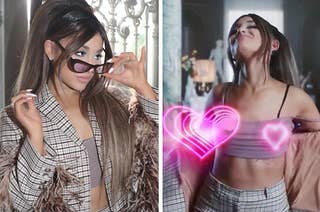 Ariana is back with a brand new single featuring Social House and it's a bop. 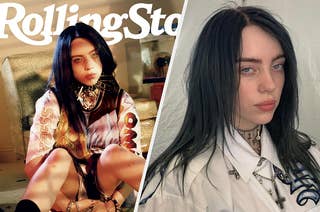 "I don’t think anyone knows what fame actually is. Because if I did want to be famous — it wasn’t this kind." 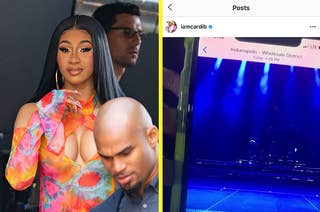 Cardi had already completed her soundcheck and had begun getting ready for the show when a security threat forced her to pull the plug. 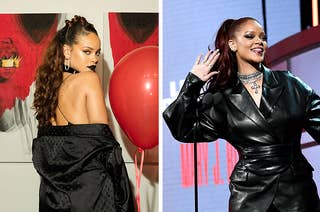 Is new music on the way? Is Rihanna just going to Spotify headquarters to give out free makeup palettes? WHO KNOWS?! 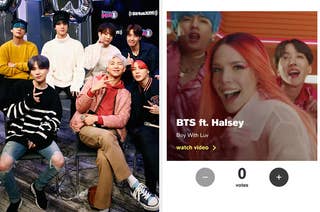 "This nomination reads as an attempt to section them off because everyone is afraid they'll sweep the main awards if they're given an opportunity." 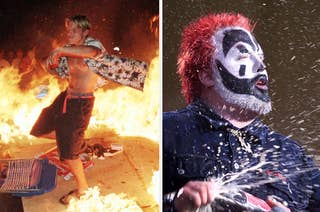 The Woodstock ’99 music festival in Rome, New York, was meant to honor the 30th anniversary of the iconic 1969 Woodstock event — that was before the mud, fires, and rioting ruined all the fun. 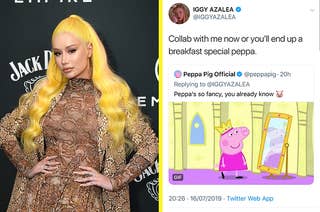 Iggy Azalea And Peppa Pig Are "Feuding" On Twitter And Yes, You Read That Right

Peppa Pig has the music industry shaking as Azalea tweets: "You'll end up a breakfast special." 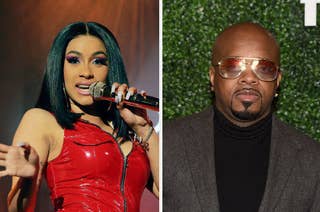 “It seems like that’s what people wanna hear,” responded Cardi.