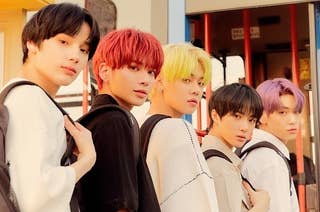 We Asked TXT All About "The Dream Chapter: Eternity", Their Favourite Songs, And Receiving Advice From BTS

The K-pop superstars told us all about their new EP, The Dream Chapter: Eternity. 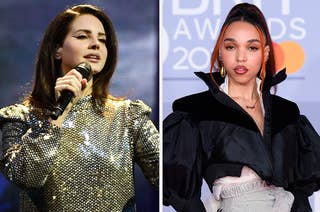 "I'm sorry that I didn't add one Caucasian — 100% Caucasian — person into the mix of the women that I admire, but it really says more about you than it does about me." 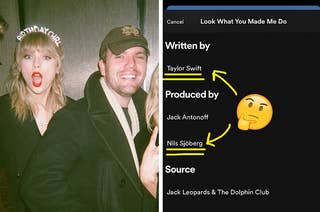 Taylor Swift Fans Think She One-Upped Scooter Braun With A Cover Of Her Own Song. Here’s Why.

It's just another example of Taylor Swift genius. 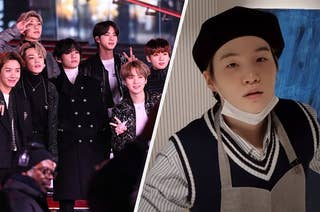 BTS Are Giving Fans An Unprecedented Look At The Making Of Their New Album. Here's Everything We Know So Far.

The group have been sharing the creation of their new album with fans in a series of livestreams. 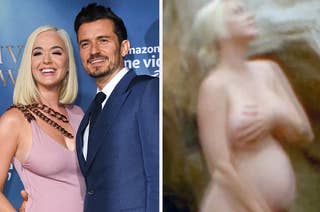 "I didn't have the maternal gene, so I've had to really learn how to have that." 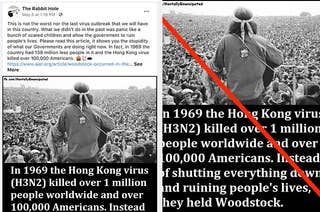 We are stardust. We are golden. And we've got to stop sharing unhelpful memes. 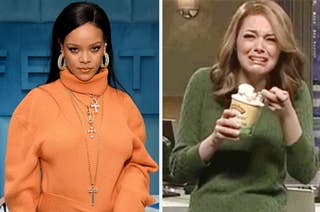 You better get looking for it, Ms. Pinocchio! 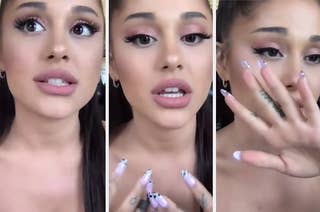 "It does make you wanna quiet down a little bit," Ariana said, discussing the double standard between men and women. "I'm tired of seeing women silenced by it." 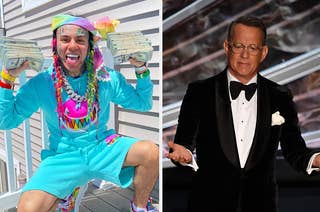 "Wishing his dad a speedy recovery." 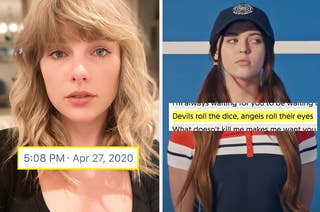 The Swiftie detectives are at it again. 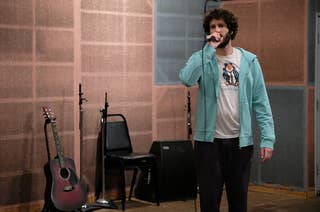 "Dave" Is Hilarious And Unexpectedly Sweet

FXX’s new comedy about a white rapper trying to catch his big break is way more heartfelt than you’d expect. 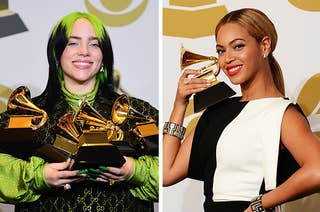 "I was dead surprised. And I was embarrassed, dude." 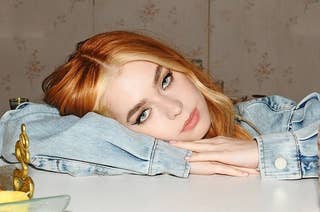 L Devine is one of many artists taking to social media to perform for fans after the coronavirus pandemic affected their tour plans. 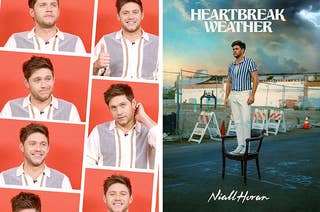 From concepts originating in leatherbound notebooks to writing songs on out-of-tune guitars and needing time off, here's everything Niall told BuzzFeed about his brand-new album. 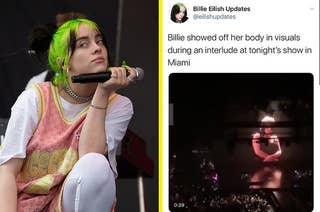 "If I wear what is comfortable, I am not a woman. If I shed the layers, I am a slut," Billie said on the first night of her world tour. "Though you've never seen my body, you still judge it and judge me for it. Why?" 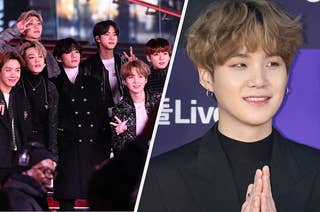 Fans were inspired to donate by BTS member Suga, who donated 100 million won to his hometown of Daegu last week. 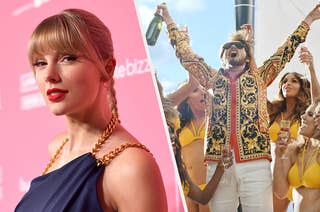 Featuring Tyler Swift as The Man™, throwing tennis balls at her own dad, and a surprising cameo from Dwayne Johnson. 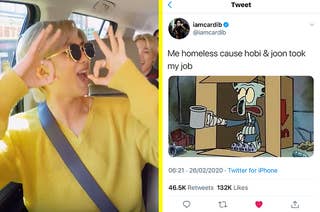 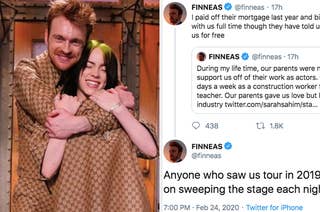 "Spoken like someone born to two actors in LA." 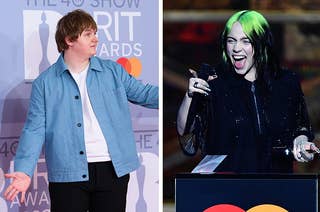 Here Are The Winners Of The 2020 BRIT Awards 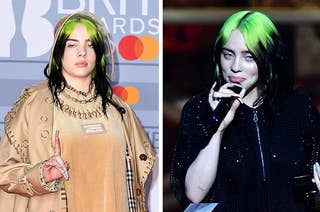 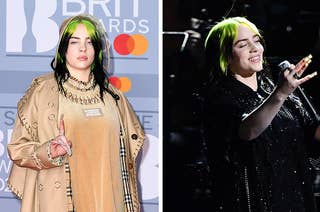 Billie Eilish Performed The Bond Theme Song For The First Time At The Brits And Obviously She Nailed It, Belt Note And All

Billie revealed earlier in the day that she was "terrified" of singing "No Time To Die" live for the first time because of that big note. 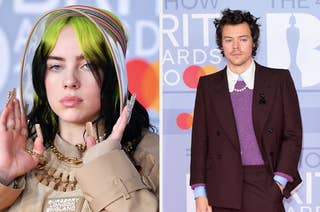 From Billie Eilish to Lizzo, the stars were out in force. 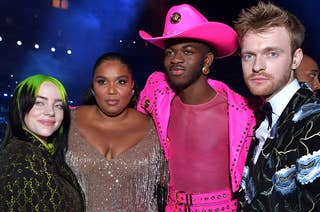 "You hope that it will be kind of equal, but after the third in a row…" 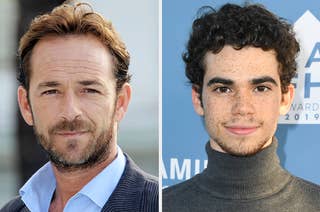 Perry was not mentioned, despite appearing in Once Upon a Time in Hollywood, which won two awards. 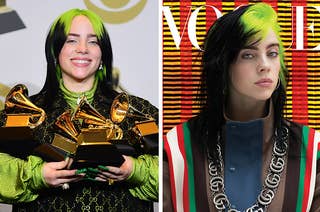 "There's a difference between lying in a song and writing a story. There are tons of songs where people are just lying," Billie said in a recent interview with Vogue. "That's posturing, and that's not what I'm doing." 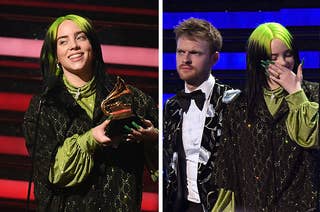 "Y'all made this poor girl so afraid of the backlash she'll get from her own success that she's literally pleading that she won’t win." 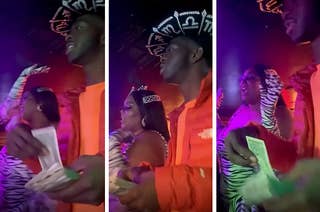 Not quite making it rain — more of a light drizzle. 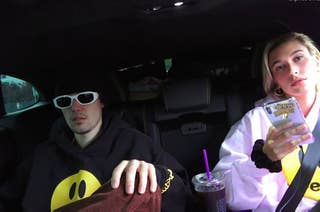 Why Is Justin Bieber Struggling To Connect?

There isn’t a lot of fresh insight into Bieber’s life or his art in his new YouTube documentary series Seasons. 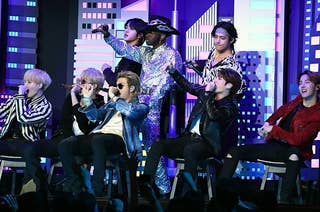 Once again, BTS are paving the way.