The Eerie And Unsolved Case Of The Jan. 6 Pipe Bombs At The RNC And DNC

“It was shocking when it was an actual bomb.”

By
by Katherine Miller

What if, later today, you found a pipe bomb outside? And what if the bomb were real, not some hoax or mistake? And what if the bomb had been there for hours — maybe you’d cut through an alley and walked right near it, or maybe you’d even passed the bomber with your dog on a normal night on your own street, and not even known that explosives were inches away from your body?

What if the bomb was outside your office, and there was another one, at the office up the street?

What if, in the absence of resolution, the only reasonable conclusion is that the bomb was meant for you?

That’s exactly a situation that’s unfolded in Washington. For four months, the FBI and reporters have posted silent, eerie, looping security footage of an “unknown individual” in a hoodie and Nike Air Max Speed Turfs, walking the nighttime streets of Capitol Hill — in an alley, then out, stopping, then gone. Authorities believe this person placed pipe bombs at both the Republican National Committee and Democratic National Committee headquarters on the evening of Jan. 5. There are urgent ads with grainy screengrabs of the person around the city asking for information, and escalating rewards alongside direct-to-camera appeals. “No arrests have been made,” Washington police Chief Robert Contee said Wednesday during a congressional hearing. “No suspects have been identified.”

One Democrat described every job she’d ever had as preparing her for different points of her life and career, with an exception. “I don’t think anyone at the DNC would tell you that they were prepared to be a target,” she said. “It was, frankly... No one can prepare you for that.”

At midday on Jan. 6, a woman running an errand happened to spot what looked like a bomb outside the RNC and told the building’s security guards. “Holy shit, it is a bomb,” she overheard one shout. 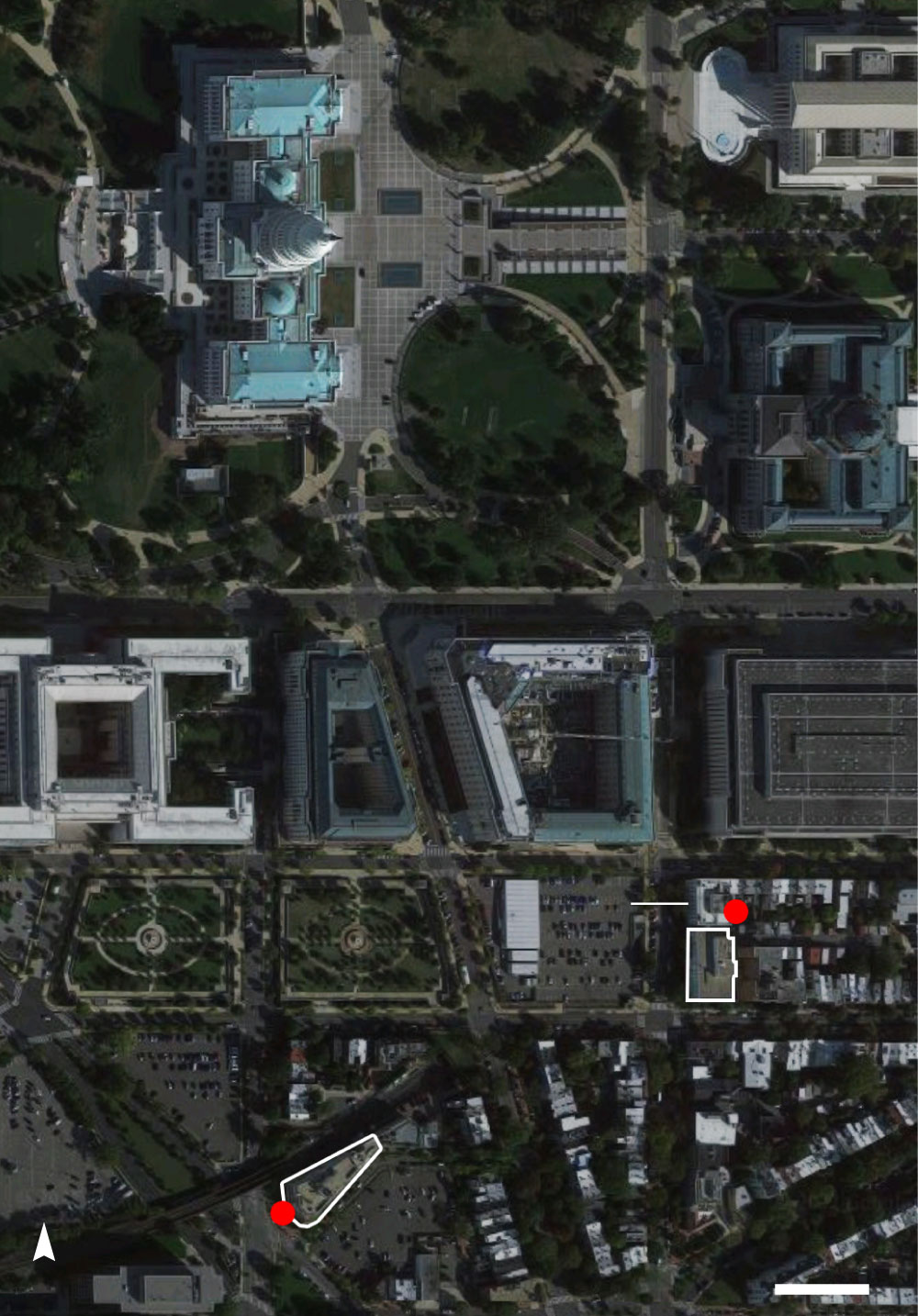 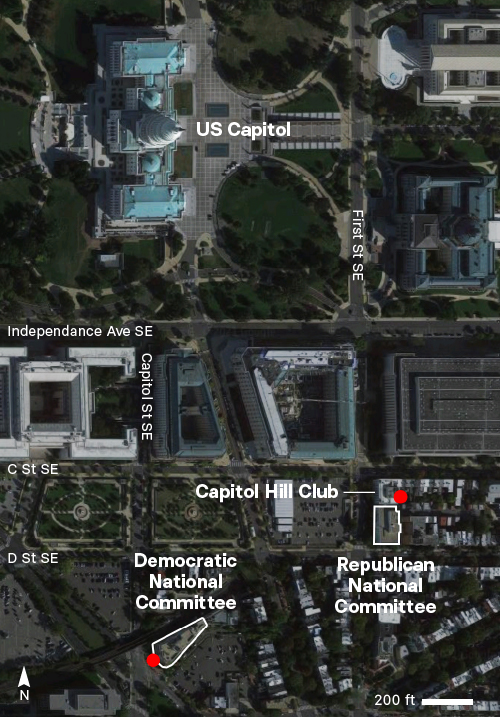 “I'll never forget this as long as I live,” a Republican official said in a recent interview. He’d been walking into a meeting in Florida, where the committee was holding events, and received a call from the party’s operations head, even before the cops arrived. “Hey.” A pause. “We have to evacuate the building. I'm letting you know. It’s currently happening. There was a device found outside.”

“I’m trying to wrap my head around this — like, maybe he’s wrong!”

In Washington, waves of police and federal officials descended on the RNC: the bomb squad, the FBI, dogs, everything. They evacuated the entire block, including the few dozen Republican staffers there that day. At that point on Jan. 6, a person waiting outside the buildings said, people were still getting off the Metro and walking around with kids in strollers, just a few blocks away from the east side of the Capitol. Then, watching it all unfold, she noticed something strange: “sirens going past us instead of toward us.”

The rally to pressure Congress into overturning Donald Trump’s election defeat had become a mob, barreling into and past police barricades — broadcast in real time, blood spilling on the white steps — as senators spoke inside the Capitol about certifying the results. This is the forward-rewind unfolding of the insurrection: making sense of the entire situation took hours, then deepened with days, and is still hard to process in full. The cop getting crushed in the doorway, the crowd chanting “hang Mike Pence,” the rioters beating another cop with Americans flags, the video of lawmakers hustling toward elevators. As the woman waiting outside the RNC that day put it, “Only in retrospect did you place yourself in time.” 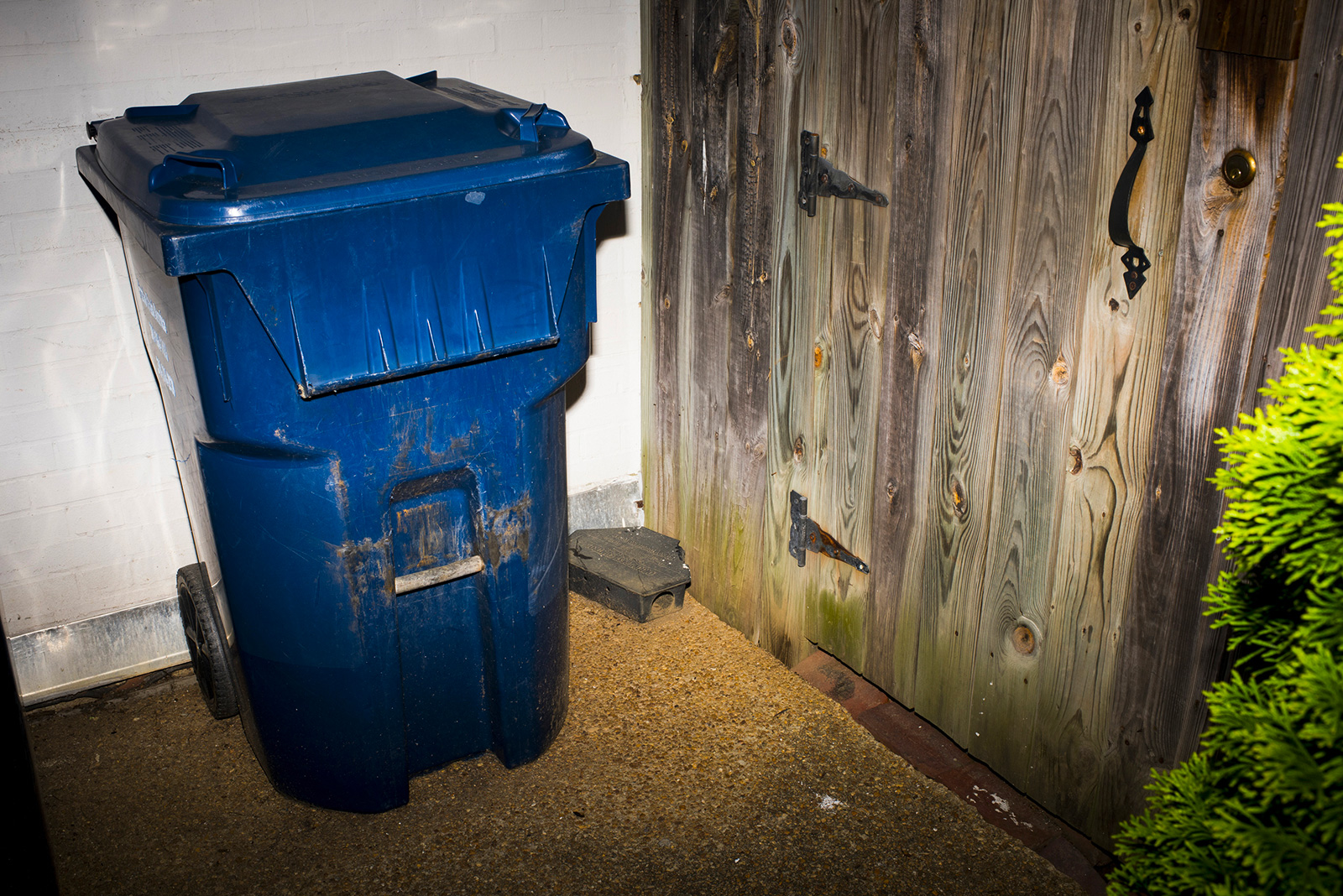 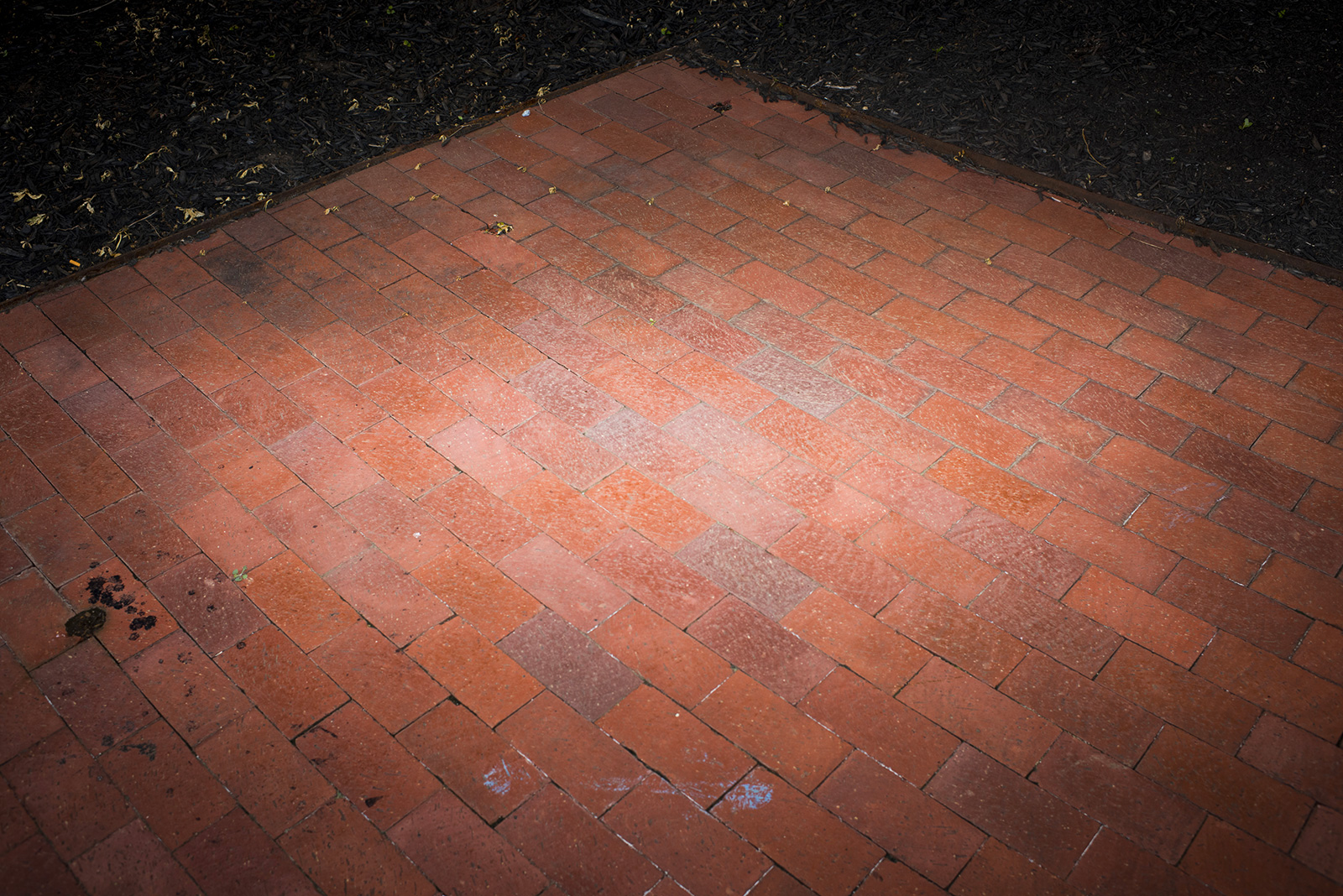 The locations of the bombs found behind the RNC headquarters (left) and in front of the DNC headquarters, pictured on May 6, 2021, in Washington, DC

The locations of the bombs found behind the RNC headquarters (top) and in front of the DNC headquarters, pictured on May 6, 2021, in Washington, DC 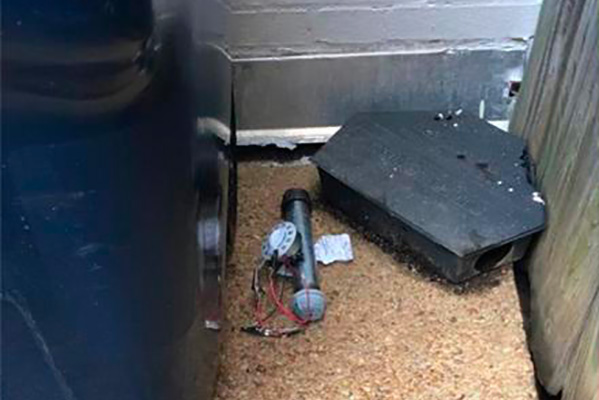 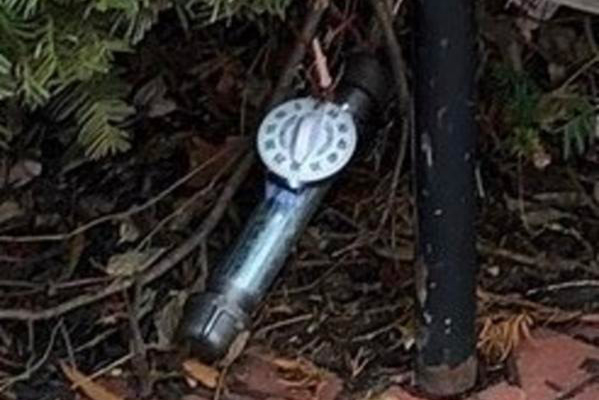 The bombs found behind the RNC headquarters (left) and in front of the DNC headquarters, pictured on January 6, 2021, in Washington, DC

The bombs found behind the RNC headquarters (top) and in front of the DNC headquarters, pictured on January 6, 2021, in Washington, DC

That afternoon, they'd locate a second bomb at the DNC, the police would evacuate some of the congressional office buildings, the authorities would detonate the bombs, the media would begin reporting about the devices. The Democrat said she’d actually heard that the bomb was really a bomb from the news — nearly everyone was working remotely because of the pandemic, and the day was chaotic. It had begun differently, busily: Democrats were celebrating Georgia senate wins the night before and working on Merrick Garland’s nomination that day.

“I remember hearing from CNN and others, I think CNN was reporting it as breaking news that these were actual pipe bombs,” the Democrat said. “It was shocking when it was an actual bomb.”

One way of considering the party committees is as a barometer of political health in American society: It’s not good. Over the last half-decade, they’ve become places where you might experience conspiracy theories, real email hacks, and finally, actual bombs. And you don’t have to particularly like the RNC or DNC to not want the people who work there to die in an explosion. If you talk to some political operatives — and this is a sample of just a few people, not everyone — you may find either a wearied acceptance or real anxiety. “You learn how to deal with them, and that sounds like a terrible thing, but you communicate, you stay in contact with the security officials,” the Democrat said about “suspicious packages” and threats, and the way it can be complicated and time-consuming to fully understand what’s going on. But, she also said, “something just this scary hasn’t happened to us where we had a real bomb outside of the building.”

After a decade that included the WikiLeaks nightmare in 2016 and congressional baseball shooting in 2017, many political entities have added all manner of security protocol, both digital and physical. Only weeks before Jan. 6, the RNC upgraded its security cameras; some of the first images of the bomb suspect came from their footage. These days, they also have a system that can blast emergency alerts to employees simultaneously three different ways, as in: “RNC important message: Capitol Police are investigating a security concern near RNC headquarters in DC. Please remain away from the building.”

“Is that now?” one of the Republicans said recently when it was read to him.

That was the first alert the party sent on Jan. 6 at 1:32 p.m., as police and operations personnel cleared the building.

The Democrat said she experienced the strange displacement of not being physically near colleagues because of the pandemic, which on the one hand, was good, given the nature of the problem. On the other, “We weren’t together, and we haven't been together for about a year now, right?” 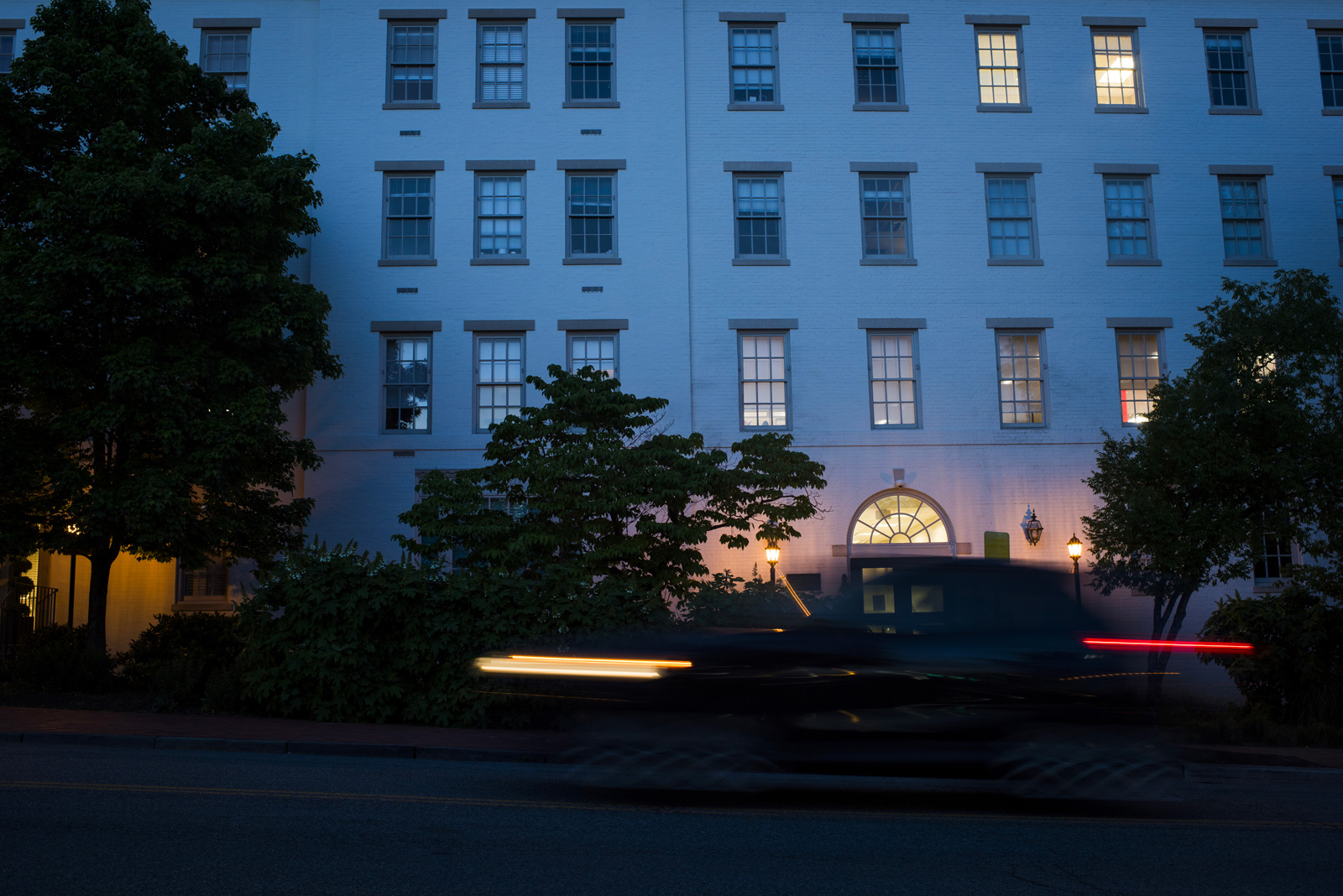 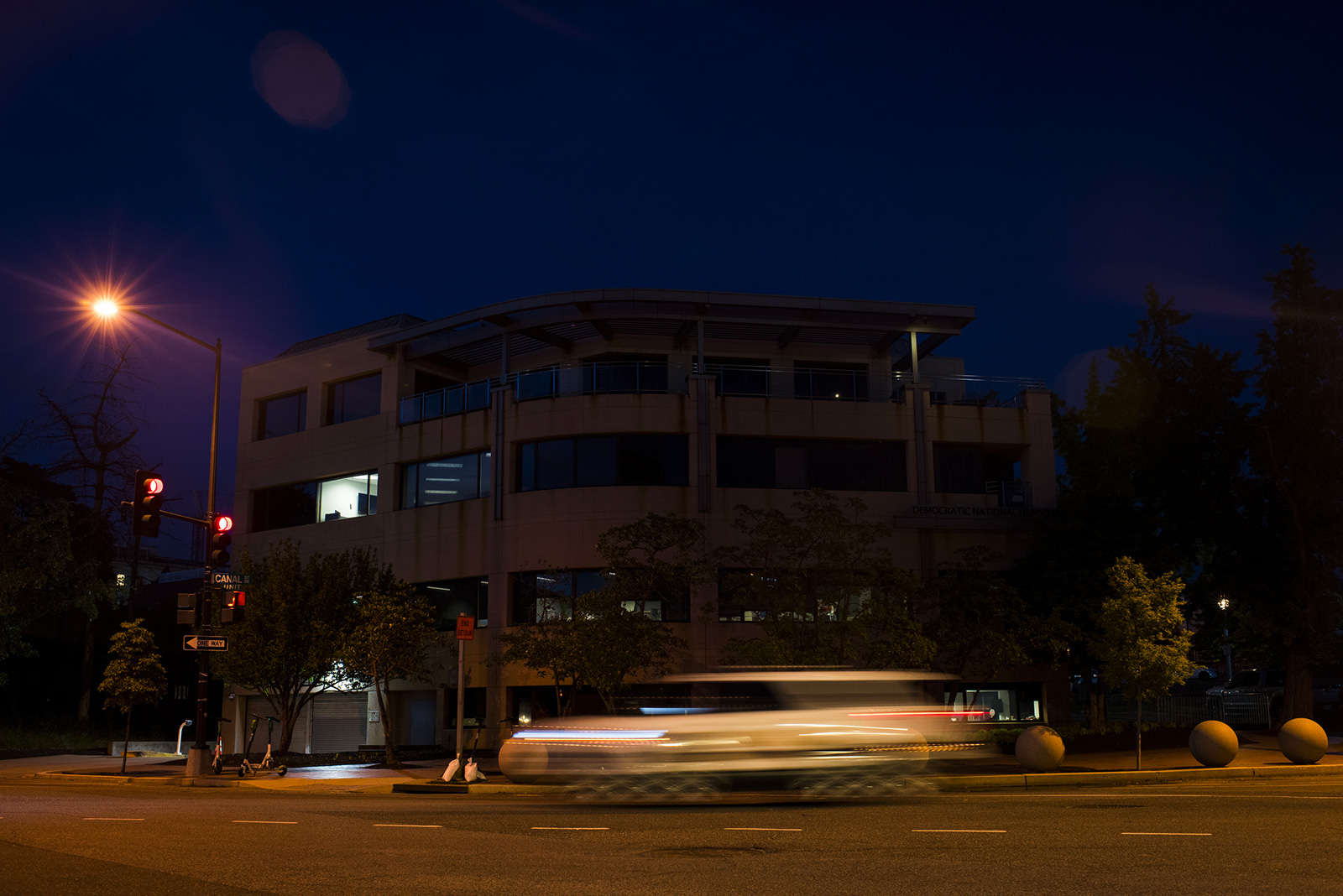 There still is no way of knowing if the explosives had anything to do with the attack on the Capitol, or if it was a horrific coincidence; there aren’t any known suspects. There has, however, been an effort to minimize the chaos of the day. Since January, Trump has said little about the violence or the threat of more on Jan. 6 — including the bombs — all of it directed toward lawmakers, police officers, or fellow citizens. He still sends statements about how the election was stolen from him and has remarked that people like Pence didn’t do enough to help him — writing from a place where there will seemingly never be resolution or regret. In his wake, other Republican politicians and supporters have advanced the idea that the people inside the Capitol might not have been pro-Trump, or that the event everyone watched on TV might not have been that bad; others have opted to just move on. “I don't think anybody is questioning the legitimacy of the presidential election,” Kevin McCarthy said outside the White House on Wednesday, as Trump continues questioning the legitimacy of the presidential election. “I think that is all over with.”

Meanwhile, one of the Republicans I spoke with remains shaken by something that happened on Jan. 6, unrelated to the pipe bombs or bombing suspect. As you may have seen, police arrested an Alabama man with 11 Molotov cocktails, lots of ammo, and handwritten notes about specific public officials. Police claim that when the man returned to his parked truck that evening, he told them that the mason jars in his truck contained a specific mixture of chemicals that works like napalm. For the Republican, just the idea of a weapon like that, used against anyone...

“The stuff blows up, it would stick to their skin, like burn their skin off. OK, like, wow. That’s something,” he said, with emotion. “For people you don’t even know, that’s something.”

As bad as Jan. 6 was, and nothing can really compare to multiple deaths and the visual of the smoky Capitol, the prevailing takeaway when you think hard about the day and closely examine the videos and details is how much worse it could have been: What if police hadn't evacuated lawmakers? But it’s true even in accidental ways. What if someone had kicked one of the bombs? What if nobody had found them, and a bomb exploded on Jan. 8 during the national security panic we were already having? Imagine if someone had rear-ended the truck with this homemade napalm inside.

One detail that got a little lost in the overlapping chaos and compressed timelines: The police found the Molotov cocktails when they evacuated all the buildings around the RNC; he had parked on a side street nearby. ●