By
by Kadia Goba

and
by Rosie Gray

GRAND RAPIDS, Michigan — Leading up to Election Day, President Donald Trump has stoked fear of chaos and “rigged” elections and suggested there’s no way he can lose legitimately. He’s said that even a delay in results in one state could “induce violence in the streets.”

He’s claimed a loss wouldn’t even make any sense. “It puts much more pressure on me running against a guy like this, you know,” Trump said in Grand Rapids just after midnight Monday, his last rally before voting ends. “You know, you lost to somebody that was good. Can you imagine, the concept of losing to this guy? You better, you better get out there and vote tomorrow, I will be so angry, I'll never come back to Michigan, I'll never come back. I'll tell Japan to bring all those plants back.”

But during the final ones of Trump's reelection campaign rallies in states across the country, most of his supporters told BuzzFeed News they don’t foresee chaos or mayhem breaking out if Trump loses. Instead, they see themselves going on with their lives.

“Most conservatives, we’re not going to riot on the streets,” Edward Valera, 38, told BuzzFeed News about the possibility of Trump losing. He added, “If he loses, he loses. It is what it is.”

Valera and thousands of Floridians streamed onto the grounds of the Miami-Opa Locka Executive Airport on Sunday for a late-night MAGA rally. Salsa music from the band Los 3 de la Habana preceded the president’s speech. And for one night at the tail end of such a weighted election, people danced (and drank) in what seemed like a large outdoor party with a few speeches and breakout chants of “we love you” and “four more years” in between. The election anxiety was limited.

BuzzFeed News has journalists around the US bringing you trustworthy stories on the 2020 Elections. To help keep this news free, become a member.

“My life, it wouldn't be much different,” Patrick Hill-Tarves, 20, said of a Trump loss at the Miami rally. He characterized his first MAGA event as “interesting” to see people of different ethnicities and backgrounds coalesce around the same cause: Donald Trump. If he lost, Hill-Tarves said, “there's definitely some certain groups of people that would benefit and some segments that would riot and get mad.”

“I still hope for the best here,” ChristyAnne Bare, 24, also of Florida, said when asked about the possibility her candidate doesn’t win. Bare said she wants Joe Biden and Kamala Harris to be successful leaders if they are elected but she’s not sure “what’s to come.”

BuzzFeed News spoke to more than three dozen Trump supporters across four swing states in the last week of reelection rallies for this article. They don’t expect him to lose, even as polls indicate that that outcome is entirely possible, even probable.

“He's not gonna lose,” Rayza Rodriquez, 56, told BuzzFeed News in Miami, where she and thousands of supporters cheered on the president at the same Miami rally that ran well past midnight. “We are going to win four more years.”

Christina Nordet is just as confident the president will pull off a win, leaning on crowd size over polls and punditry. And then Nordet, 49, made the ultimate wager: “I can literally bet my life that he’s not gonna lose. Look at this turnout.”

“I think every state” will go for Trump, including California, Parrish, 62, said.

At the same rally, Ioana Childers, an immigrant from Romania, said she was also of the belief that Trump’s victory will be a repeat of 2016, when most things pointed to a Hillary Clinton presidency. “It’s gonna be a landslide.” Polls “are fake, like 2016.”

Helen and Bob Miller, a retired couple from around Hickory, felt similarly.

“I think they’re not true,” Helen said of the polls. “They were saying four years ago that he was not gonna win, and he did.”

If Trump doesn’t win, she thinks Kamala Harris would be president because “Joe’s not gonna be able to handle it,” and that the country will become “socialist or communist.” “It would be horrible,” Helen said. “The country would be headed down the tubes.”

“Our country will fall,” Bob said.

Bob did predict violence after the election, but only if Trump wins. “If Trump wins, there's gonna be all kinds of riots and uprisings in these states that are governed by Democrats who will let that happen to let people know, ‘Hey, you shouldn't have let this happen.’ First of all, you should take these protesters and lock them up.”

But there’s a cohort of less optimistic supporters who are counting on Trump to save them from a doomed Biden presidency, one they think would be destined for socialism. It’s a falsehood the president has repeated to color the possible Biden–Harris administration and resonates with his followers.

“Well, if he doesn’t win, socialism is going to have a stronger hold on this country,” Todd Hurley, 61, told BuzzFeed News at the Miami rally. “I’m not really thrilled to think about him not winning, to be honest with you.”

In Lansing, Michigan, last week, supporters stood for hours in the cold rain for a rally near the start of the president’s final campaign sprint. Robert Bothwell believes a Biden administration would reinstate policies in Michigan that he says suffocated the state’s automobile industry.

“If he loses, I think a lot of things are going to happen,” Bothwell said. “I think we’re going to have CAFE requirements return to the automotive industries.”

Some just couldn’t bear the thought of a Trump loss. Kumiko Newman, 56, an immigrant from Japan, who, as she tells it, is at least as patriotic as some lifelong Americans, wouldn’t even entertain the topic.

Others in Michigan vowed to ensure the movement doesn’t lose steam during the next four years.

“We'll just have to buckle down and make sure our voices are always heard,” William Meyers told BuzzFeed News. He added one slight caveat: making sure “the other side doesn't try any shenanigans.”

“We’ll just have to buckle down and make sure our voices are always heard.” — William Meyers, in Lansing, Michigan 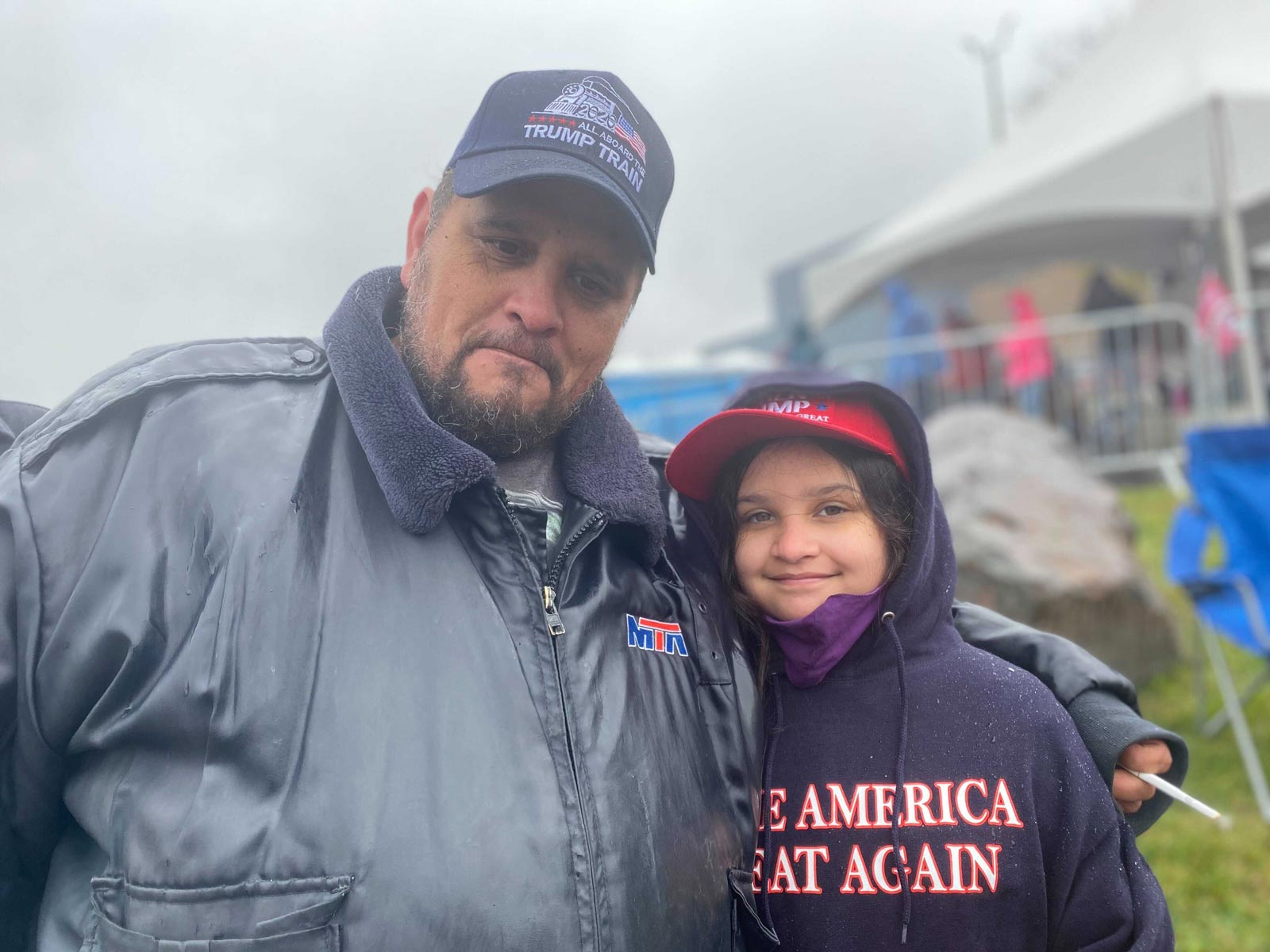 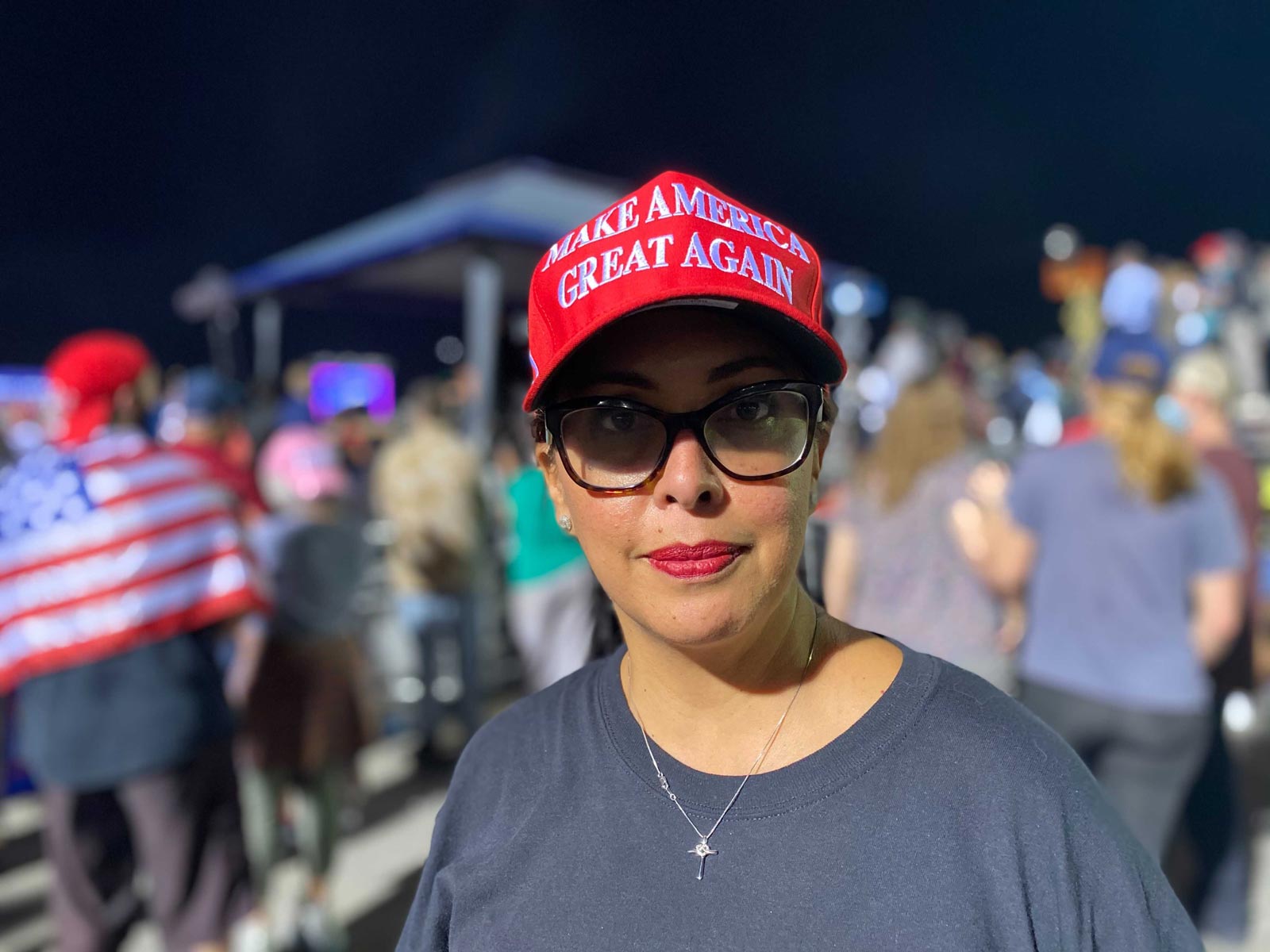 “Well, I mean, it’s America, we have elections. Somebody wins and somebody loses and you accept the outcome of the election. You might not like it for a while, but there’ll be another election.” — Michael Donohue, in Bucks County, Pennsylvania 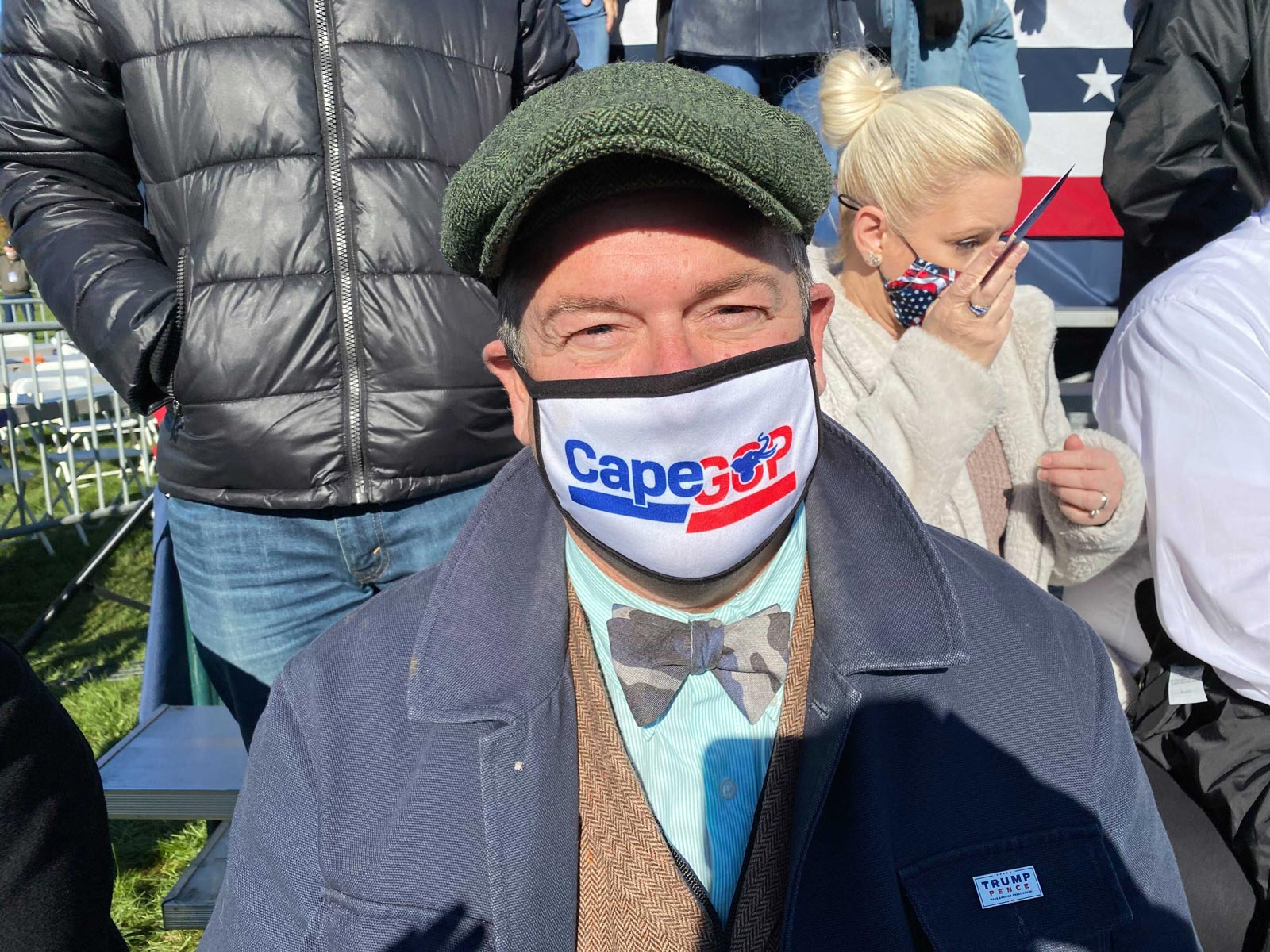 The Trump campaign spent most of its final days blitzing swing states with rallies, especially Pennsylvania, where the president or at least one of his surrogates made near consecutive stops in the last week. In Allentown last Monday, thousands of supporters filed into the parking lot of a local manufacturing facility in the rain.

“If he doesn't win, well, we go back to our normal life,” James Rubin told BuzzFeed News. “But the reason why we’re here is that we want him to win.”

The president made four stops this past Saturday in Pennsylvania, one of which was at a more intimate gathering at Headquarters Farm in Bucks County. There, the president suggested there would be “bedlam” should the election results extend past Election Day — a likely scenario for the state after election laws were adjusted because of the coronavirus pandemic. His audience, however, didn’t bite.

“Well, I mean, it's America,” said Michael Donohue, the Republican chair in Cape May, New Jersey. “We have elections. Somebody wins and somebody loses and you accept the outcome of the election. You might not like it for a while, but there’ll be another election.”

Steve Britt of Ambler, Pennsylvania, who had attended three rallies before the one in Bucks County, squelched the idea of the state being besieged by bedlam.

And despite their confidence, attendees at Pennsylvania rallies have also embraced this notion of a socialist Biden–Harris administration.

Britt suggested that if Biden wins, he would just serve as a placeholder for Harris, who he believes has embraced socialism, mimicking a falsehood often used by the president.

Laura Kushner, a resident of Bucks County, expressed the same dire need for a Trump victory.

And so did Michael Surmann, a retired USPS employee who came to the event with his son.

Cindy, who declined to give her last name, was more direct about her concerns if Trump loses, but she never suggested violence.

“It’s gonna be a sad world,” she said about a Trump loss. “We’re going to be like every other socialist country. There’s gonna be illegal immigrants all over the place and we’re gonna have to pay for them.” ●