By
by Ellie Hall

Over the past weeks, President Donald Trump has refused to accept that he lost the presidential election. Instead, he has spent a lot of time posting increasingly unhinged tweets declaring victory and claiming widespread election fraud despite the fact that there is no truth to any of his claims.

And although Twitter’s civic integrity policy promises to “help stop the spread of harmful misinformation that could compromise the integrity of an election or other civic process,” the outgoing president’s tweets remain on the platform, helping spread his blatant falsehoods.

On Tuesday, Trump tweeted that he “won Michigan by a lot” — an objective lie. Biden was certified as the winner of the state’s general election on Nov. 23. Twitter labeled the tweet with a disclaimer reading, “multiple sources have called this election differently,” but clicking through the notice takes users to a page that says “Joe Biden is the projected winner” — hedged as if it is still election night and anything could happen, folks — “of the 2020 presidential election.”

It is not just the media “projecting,” mind you. Almost a month has now passed since Election Day, and officials in many states — some who even conducted recounts — have declared their final results.

Twitter labels Trump’s tweets attacking the integrity of the presidential election with the incredibly vague disclaimer, “This claim about election fraud is disputed.” The company defines “disputed claims” as “statements or assertions in which the accuracy, truthfulness, or credibility of the claim is contested or unknown.”

Attorney General Bill Barr — a member of Trump’s own Cabinet — said Tuesday that there’s no evidence of voter fraud that would change the outcome of the presidential election. Trump’s own officials have declared the 2020 election to be “the most secure in American history,” and his lawyers have been unable to provide proof of fraud in courts.

Still, Twitter dings the president, who has 88 million followers, with weak and imprecise language. It’s like fighting a forest fire with a water balloon.

A Twitter spokesperson defended the company’s response, noting tweets with labels “to provide additional context” are “de-amplified” on the platform, meaning they are less likely to surface through the site’s recommendation engine, making them more difficult for users to encounter. And, per the company’s policies, “Not all false or untrue information about politics or civic processes constitutes manipulation or interference.”

“Twitter continues to take enforcement action on tweets that contain misleading and disputed information about the election broadly,” the spokesperson said.

But will Twitter ever fact-check Trump’s shameless election lies more directly? And will it ever remove them?

Twitter’s standards for tweet removal are convoluted when it concerns Trump. According to its terms of service, the platform allows tweets that would otherwise violate its terms of service to remain up if they’re sent from elected and government officials “given the significant public interest in knowing and being able to discuss their actions and statements,” to be seen alongside a “notice providing context about the rule violation that allows people to click through to see the Tweet.”

Twitter says in deciding whether to remove a tweet or place it behind a notice they “weigh the potential risk and severity of harm against the public-interest value of the Tweet.”

“Where the risk of harm is higher and/or more severe,” the company says, “we are less likely to make an exception.”

In September, in direct response to the US election, the platform also expanded its civic integrity policy to combat misinformation, warning it would remove false or misleading claims about the results if they could incite unlawful conduct to prevent a peaceful transfer of power.

At what point will Trump’s refusal to accept the results of the election qualify as interference in a peaceful transition of power? Although he has not explicitly called on supporters to take up arms in his defense, thousands of Americans have engaged with Trump’s tweets with promises to fight to keep him in power.

Later on Tuesday, Trump refused to condemn the violence. Instead, he retweeted a video of Sterling’s plea for presidential intervention with the caption, “Rigged Election. Show signatures and envelopes. Expose the massive voter fraud in Georgia. What is Secretary of State and @BrianKempGA afraid of. They know what we’ll find!!!”

Twitter labeled the president’s tweet doubling down on a false narrative that is threatening the lives of Americans with the standard disclaimer, “This claim about election fraud is disputed.”

Here are 11 examples of Trump tweeting objective — and dangerous — lies about the election that are still on the platform. Twitter says these claims are “disputed.” Well, yes. They are disputed by reality.

There is tremendous evidence of wide spread voter fraud in that there is irrefutable proof that our Republican poll watchers and observers were not allowed to be present in poll counting rooms. Michigan, Pennsylvania, Georgia and others. Unconstitutional! 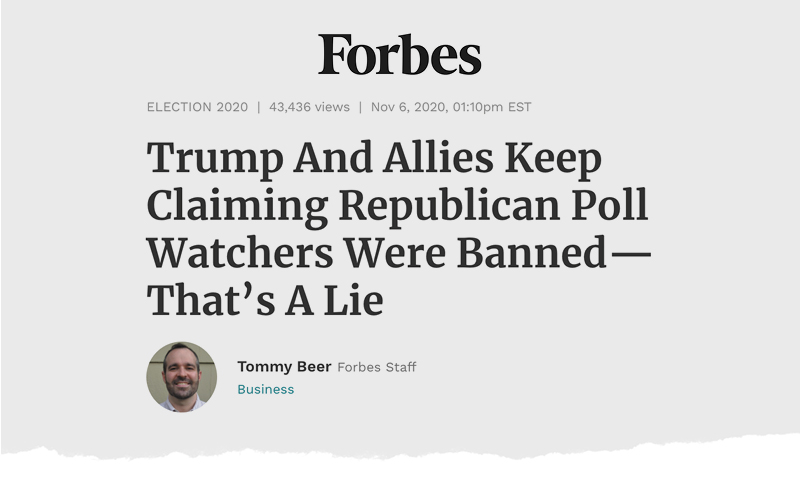 We won Michigan by a lot! https://t.co/D6inAewQxP

I won the Election! 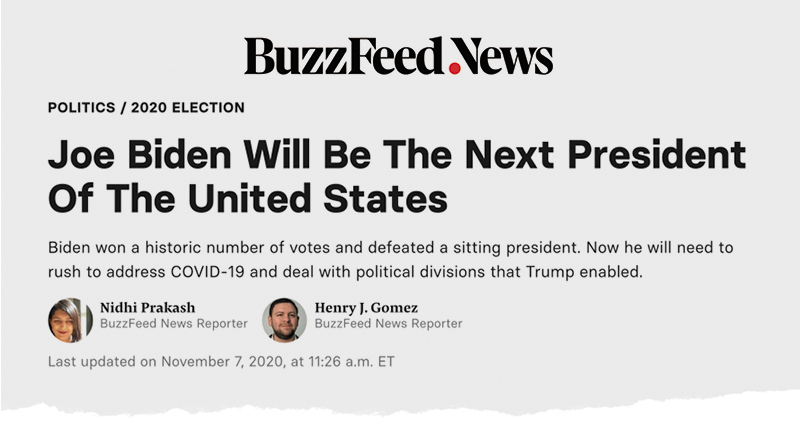 In Detroit, there are FAR MORE VOTES THAN PEOPLE. Nothing can be done to cure that giant scam. I win Michigan!

“Evidence of voter fraud continues to grow, including 20,000 dead people on the Pennsylvania voters roll and many thousands all over the Country. Now, there has been an artificial number of votes in favor of Joe Biden.” @OANN

Almost ZERO ballots rejected in Georgia this election. In years past, close to 4%. Not possible. Must have signature check on envelopes now. Very easy to do. Dems fighting because they got caught. Far more votes than needed for flip. Republicans must get tough! @BrianKempGA

ANY VOTE THAT CAME IN AFTER ELECTION DAY WILL NOT BE COUNTED!

Most fraudulent Election in history! https://t.co/X2pRkTqWIS 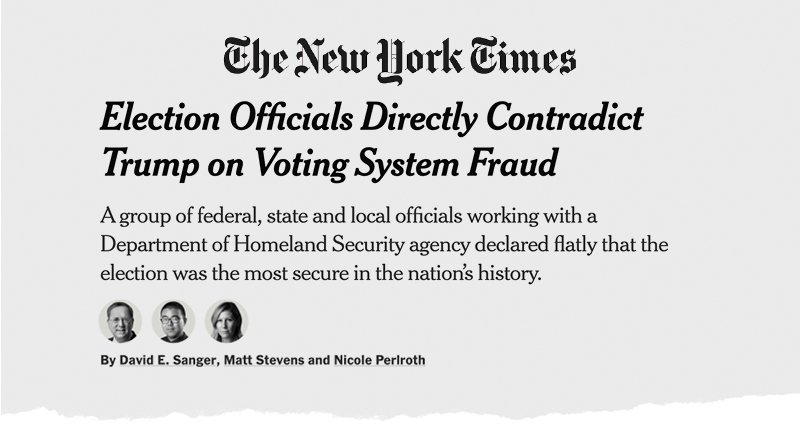