The Top US Diplomat In Ukraine Was Skeptical Of Trump. Then Came His “Nightmare Scenario.”

Those close to William “Bill” Taylor say they aren’t surprised he pushed back on colleagues who discussed pressuring Ukraine to dig up dirt on Joe Biden.

By
by Christopher Miller

and
by Miriam Elder

KYIV, Ukraine — A straight-shooting, no-nonsense career US diplomat who was hesitant to return to Ukraine for the Trump administration now appears to have been a voice of reason as two fellow diplomats discussed pressuring Ukraine’s new president to dig up dirt that might help President Donald Trump’s reelection campaign.

William Taylor, the chargé d’affaires leading the US embassy in Kyiv since Trump recalled the ambassador, makes clear in stunning text messages with Gordon Sondland, the ambassador to the European Union, and Kurt Volker, the then–special envoy on Ukraine, that he would rather quit than see Ukraine get muscled into a “nightmare scenario.”

Those close to Taylor, who has held several foreign posts in a long diplomatic career, including US ambassador to Ukraine from 2006 to 2009, weren’t surprised by his comments. They say he’s a tell-it-like-it-is extrovert who puts matters of state before politics.

“He’s a straight shooter,” John Herbst, who served as George Bush’s ambassador to Ukraine from 2003 to 2006 and is a longtime friend of Taylor’s, told BuzzFeed News. “It appears from the texts that he cut through all the nonsense, recognizing that it’s in America’s best interest to see a strong and independent Ukraine.”

Taylor was tapped to lead the embassy in Kyiv as chargé d’affaires after Trump recalled Marie Yovanovitch early, as he and lawyer Rudy Giuliani pursued a conspiracy theory that Ukraine had meddled in the 2016 election and pushed for the incoming Zelensky administration to investigate Joe Biden and his son, Hunter, who had sat on the board of a Ukrainian gas company. 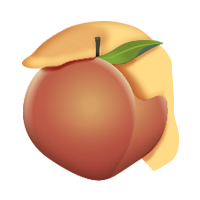 Current and former US diplomats who asked not to be named told BuzzFeed News that when they learned Taylor was returning for another tour in Ukraine they felt relieved, believing he would return stability to the Kyiv post.

One of the diplomats who recalled a conversation with Taylor about his decision to return to Ukraine told BuzzFeed News that he accepted the post because he felt it was “critical after [Yovanovitch] was so badly treated that it was a senior person out there.”

“He had some fears because he didn’t trust the president of the United States,” said the diplomat source. “He told [Secretary of State Mike] Pompeo he would do it right.”

Svitlana Zalishchuk, a former member of the Ukrainian Parliament who has known Taylor for more than a decade, said she’s never had to fill in Taylor on key Ukrainian matters, such as the influence of powerful elites. She said he understands very well “the role of oligarchs, or financial groups, and so on” in the country’s politics.

Zalishchuk said that knowledge and his desire to see Ukraine succeed sets Taylor apart from many other diplomats she’s seen come and go from Kyiv. “Sometimes diplomats have no sentiments toward the countries where they serve,” she said. “He’s different.”

Now, Taylor finds himself emerging as the voice of reason in private conversations that have become public as House Democrats proceed with a formal impeachment inquiry into Trump.

“He understood the difficulties of the situation and possible temptations but he felt again the job was critical and felt he could maintain his integrity, and I think he’s demonstrated that,” the diplomat source said, referring to the texts between him and Sondland and Volker.

The diplomat continued: “It’s not that he anticipated these circumstances, but he felt that under Trump US policy on Ukraine could shift in a different direction.”

In the texts, released after Volker testified to Congress, Sondland and Volker told an aide to Ukraine’s president, Volodymyr Zelenskiy, that an official White House visit to meet Trump and the delivery of $391 million in critical military aid was dependent on him launching and publicizing investigations into a gas company where Joe Biden’s son Hunter worked, and Ukrainian interference in the 2016 elections.

That quid pro quo lies at the heart of the House of Representatives’ impeachment inquiry.

“Are we now saying that security assistance and [White House] meeting are conditioned on investigations?” Taylor texted to Sondland on Sept. 1, after the Ukrainians had learned that the US was withholding the military aid and Trump had backed out of a trip to Poland, where he was supposed to meet with Zelensky. “Call me,” Sondland replies.

The text messages pick up on Sept. 8, when Sondland says he’s held multiple conversations with Zelensky and Trump.

In that exchange, Taylor says, “The nightmare is [the Ukrainians] give the interview and don’t get the security assistance. The Russians love it. (And I quit.)”

Early the next morning, Taylor raises his concerns again.

“The message to the Ukrainians (and Russians) we send with the decision on security assistance is key,” he says. “With the hold [on the assistance], we have already shaken their faith in us. Thus my nightmare scenario.”

The exchanges were part of a weeks-long conversation over an encrypted text messaging app between the diplomats and a senior Zelenskiy aide that were provided by Volker as part of his 10-hour, closed-door deposition before three House committees on Thursday. They were released afterward by the chairmen of those committees.

The shocking texts roiled Washington and strengthened Democrats’ calls for impeachment, while Trump lashed out on Twitter: “As the President of the United States, I have an absolute right, perhaps even a duty, to investigate, or have investigated, CORRUPTION, and that would include asking, or suggesting, other Countries to help us out!”

Taylor, who was appointed ambassador in 2006 by then-president George W. Bush, has long devoted himself to public service. A graduate of West Point and Harvard University’s Kennedy School of Government, Taylor was an infantry platoon leader and combat company commander in the US Army. He served in Vietnam and Germany. Prior to his postings in Ukraine, he served in posts in Iraq and Afghanistan. He was the US representative to the Mideast Quartet, which facilitated the Israeli disengagement from Gaza and parts of the West Bank.

Mike Carpenter, who served as a foreign policy adviser to Joe Biden when he was vice president and was a deputy assistant secretary of defense from 2015 to 2017, said Taylor “is highly regarded by both Democrats and Republicans, and more broadly within the foreign policy community.”

Taylor, a bespectacled and thin 72-year-old with silvery hair, is known by most in Kyiv as simply "Bill." Ukrainians are quick to note his deep, twangy voice and the way he talks with his hands waving in the air like he’s batting flies. At the US Embassy’s Independence Day party in July, he introduced himself to hundreds of attendees, including ministers and foreign dignitaries, as “Bill,” endured a rain shower instead of cutting off a conversation with a group he just met, and was among the last people to leave the party.

Michael McFaul, who served as the US ambassador to Russia from 2012 to 2014, called Taylor, who he’s known for three decades, “just a consummate public servant.”

“I do remember when he was ambassador to Ukraine he saw the bigness of the moment — this is well before Russia annexed Crimea and went into Donbass — that fighting for sovereignty for Ukraine and democracy and anti-corruption, he was very committed to that,” McFaul said.