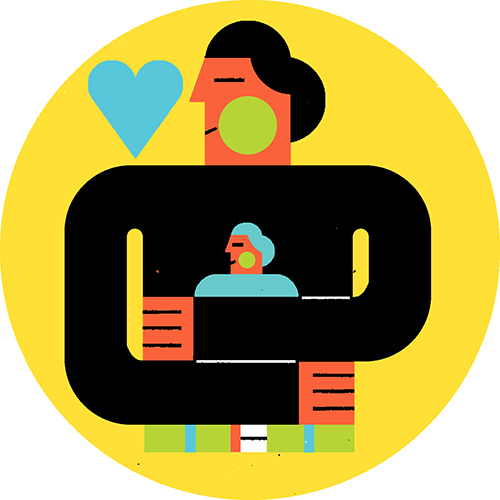 2021 was stressful. No kidding. The staff here at BuzzFeed News have some recommendations for what they tried at home over the last year that they actually loved and helped make life a little easier. Things like a Theragun for sore muscles, fancy face wash, a cheap dupe for fancy sunscreen, and the best workout headband for short hair. Perhaps the strongest recommendation is that two separate people tried out and swear by acupressure mats for headaches and stress.

These items were independently selected by staff and they spent their own money on it. Just so you know, BuzzFeed may collect a share of sales or other compensation from the links on this page if you decide to shop from them. Oh, and FYI — prices are accurate and items in stock as of the time of publication.

I get really bad headaches periodically and generally bounce between over-the-counter medications, none of which seem to make a dent in the pain. Earlier this year I asked a neighbor with migraines if he’d had any medication successes recently, and he said, “You know what has helped? This.” I expected the link would go to some newfangled headache medicine or perhaps an herbal remedy, but instead it went to this truly odd product, a yoga mat crossed with a medieval torture device rendered in crisp white plastic spikes Somewhat inexplicably, it does in fact seem to help my headaches, and it also causes me to fall into a weird deep sleep within moments of lying down on it. (Warning: Set an alarm; I recently conked out for two hours on this thing, and my back was aflame when I finally woke up.) I have found it comforting to know that when the pain gets bad, I can just lie down on my bed of piercing plastic nails. —Sam Henig

You know what I got into over the pandemic? Running. Really original, I know. But between the stress of the lockdown and the stress of being a new father, I needed a consistent and mindless physical release.

You know what happens when you run regularly? Your whole lower body starts to hurt. I tend to be skeptical of shortcuts around pain. I don’t really think you can trick the body. And if you do, I think you tend to pay for it later. But a few months after I did my first loop around Prospect Park, wracked with calf and hip pain, I caved and ordered a Theragun. Yes, a Theragun. That loud and heavy percussive massager that looks like a sex toy for German ravers.

The thing works. You stick it where it hurts and then it hurts less. Doesn’t get much simpler. There are lots of things I don’t like about it. It costs too much, and when I lie on the couch blasting the tension out of my quads, my wife will sometimes cruise by and ask, “Pleasuring yourself again?” To which I say, 20 miles a week may strain my knee, but words will never hurt me. —Joe Bernstein

Let me start by being really honest: I cannot function with less than eight hours of sleep. I know there are a lot of freaks out there who are proud to sleep like five hours a night or whatever, but I am not like you. Sleeping is my favorite — and incredibly vital!! — hobby, so you know you can trust me, and I'm here to tell you to get this contoured sleep mask made of memory foam. It has changed my sleeping life in a way no other product ever has. The second night I used it, I slept straight through my alarm and got a full 12 hours of deep sleep, which was terrifying for the purposes of my alarm’s quality, but fantastic for my mind and body. It's pitch-black in there, but the contouring means you can open your eyes even in the mask, plus you can keep the blinds open and let the sunshine in to help you wake up once you take it off — but not a moment earlier. I also find the soft memory foam to be sort of like an extra pillow just for my eyes, and the act of putting it on when it's time to sleep keeps me off my phone and tells my brain it's time to shut shit down. I love her. —Addy Baird

A few years back, a Very Nice person gifted me with some travel-size products from a Swiss company called La Prairie. I knew nothing about the brand. They seemed nice. A small tub of something called skin caviar, a refining lotion, and the one standout: a tiny tube of foaming face cleanser. It smelled great — a faint hint of peppermint, maybe? (It’s pink, so maybe my brain filled in that scent on its own.) It was unlike any cleanser I had used before. It rinsed away in seconds (no soapy feel) and left my face feeling weirdly super clean. I have dry skin, and it never felt like this particular product was drying it out more — rather, it was the opposite. Really, it wasn’t like any other facial cleansing product I’ve tried (and I’ve tried lots). I only needed a tiny bit, and it lasted forever. When I ran out of all these cute little products, I had a bit of a shock. This stuff is expensive! As in, some of the products are $200-an-ounce expensive. (Ahem, $180 sunscreen, anyone?) Anyway, I was like, Welp that’s nice, now where’s my favorite Neutrogena cleansing gel? (It’s also a great product.) However, this year I found the La Prairie foam cleanser for $90. I know, that’s a LOT for a face wash. But it’s a 4-oz. tube (which, BTW, is huge by beauty product standards), and it’s lasted for months — it may even last a year. I don’t generally spend that much on beauty products, but this is the rare item that seemed like it would be OK for a fancyish gift or an occasional splurge. [Editor’s note: We found this for cheaper on Amazon, but the reviews for the seller said that it may be expired or counterfeit, which is not uncommon for high-end skincare products on Amazon or other reseller sites.] —Theresa Tamkins

I have combination hair and exercise a lot, so finding the perfect shampoo has been a lifelong journey. Acure is affordable, smells great, has a vegan formula, never dries out my scalp, and has kept my hair feeling shiny from my roots to my tips! —Nicole Fallert

It takes less than 10 minutes for me to dry my long, thick hair with this dryer brush. It doesn't dry out my hair or scalp — and is loved by many of my friends with different hair types from curly to straight. —Nicole Fallert

I don’t know about you but I am really bad about washing my water bottle. Frankly, it just doesn’t cross my mind often enough, and then I realize it’s gross and I’m embarrassed and avoid dealing with it. This is probably something I should address in therapy, but until then, there’s the Larq self-cleaning water bottle. Yes, $95 is a ridiculously high price for a water bottle — but if there were a water bottle worth such a price tag, it would be this one. Not only does this thing clean itself with a UV light inside the lid, but it is also able to filter water (with two different settings based on how much filtering the water might need). And thanks to some sort of god-tier insulation, it keeps my water cold as hell. My previous main water bottle was a giant 42-oz. Hydroflask, which was literally giving me shoulder problems from carrying it around. The Larq bottle is 17 oz., which means I’m filling it up often but also that it fits perfectly in my bag. —Addy Baird

I have a garbage septum that has robbed me of clear and easy breathing for decades. It interferes with my sleep, makes exercising annoying, and on occasion humiliates me in meetings or public gatherings when I suddenly realize I have unconsciously begun pulling on my cheek to stretch open a nostril. It sucks. And, yes, I should have it fixed surgically. But instead of doing that, I have relied on a bucket full of pharmacy-shelf flop-nostril countermeasures. Breathe Right's little nose strips, nostril dilators, I’ve tried them all. They have all helped to some extent, but none have given me the throw-the-windows-wide nostril opening relief of Intake Breathing’s nose magnets. These things improve on the concept of nasal strips by turning them into an inflexible and *magnetized* nose bridge that then attaches to little metal-filled bandage-y things you stick on your nostrils. Ridiculous, you say? Ridiculously ingenious. Because they are not flimsy, and they rely on the POWER of magnetism instead of the power of adhesive athletic tape, Intake opens up your airways and keeps them that way without falling off your face. Yes, I look like I have a Transformer on my nose when I'm wearing it. But I can breathe without feeling like I’m suffocating, and that’s all that matters. —John Paczkowski

I’m old enough to have observed the frightening reality of sun damage and have been scared straight into assiduous sunscreen application. I previously tried and liked Supergoop’s “Play” everyday SPF 50 sunscreen, but at $22 it’s kind of pricey. So I looked for some cheaper options, and the closest dupe for Supergood was from K-beauty brand Innisfree for $15. It has the same texture that is moisturizing and light, “dewy” without being sticky. I have dry skin, and I don’t love the matte finish that La Roche-Posay, Neutrogena, and Sun Bum’s face options have. —Katie Notopoulos

Do you sweat more than you’d like? Profusely, perhaps? Are you tired of spending $12-plus on “clinical-strength” over-the-counter antiperspirants that smell like your grandmother? Then check out Harry’s sweat control solutions. The company, which started out as a subscription shaving outfit, now makes a line of delightful deodorants. The scents are interesting and not at all cloying (goodbye “baby powder,” hello “stone” and “redwood”), the “enhanced sweat control” version works just as well as anything you’d buy from BIG DEODORANT, and it only costs $5. —John Paczkowski

Like so many other people over the last year and change, my hair grew out a lot. Like, *a lot.* But when it came time to reenter society and get a haircut, I wanted to keep some of the volume I had picked up over lockdown. My new barber made it happen (Masako, you’re seriously the best) but three weeks after any cut, it’d run into a problem. My longer hair would start getting in the way at the gym or on a run. Some buffs I had on hand before the pandemic worked fine when I was home, but I didn’t want to be wearing some handout covered in corporate logos all the time. Enter Temple Tape headbands, which I found while looking for a headband brand I could order outside of Amazon. They’re durable, keep my hair up and sweat out of my eyes, and come in a bunch of simple colors. They’re even based in Brooklyn so I get to say I’m supporting a local business.

I feel like headbands are having a moment. They’re ubiquitous on college and pro football sidelines and even Drake sported one while boxing. The appeal is easy to understand. They’re functional, but they’re also so fun to wear that I have a headband on during all my workouts now, even if I got my hair cut the day before. —Eric Morrow