A Timeline Of Trump's Immigration Policies And Events

A lot has happened in two years. Here's a summary.

By
by Adolfo Flores

and
by Ben King

When he declared his candidacy for the presidency in 2015, Donald Trump made it clear he was no fan of immigration. Mexico, he said, wasn't sending its best, and they were bringing their problems with them — crime, drugs, and rape. And it wasn’t just Mexico, it was all of Latin America. And probably the Middle East. Trump offered no factual basis for his claims, but his administration has lived up to that campaign kickoff.

Within the first week of his presidency, Trump tried to bar Muslims from seven countries from entering the US, and he signed an executive order that directed the Department of Homeland Security to target anyone who’d entered the country illegally, regardless of whether they were otherwise law-abiding.

The courts blocked some of Trump’s first moves. Trump himself canceled others. But others have changed the way immigrants view their lives in the United States. A set of terms that had been rarely heard previously have become regular fare for the Trump administration: Sanctuary cities. DACA. Family separation. Zero tolerance. Temporary protected status. The wall. Turmoil and controversy.

As 2019 approaches, the government is shut down — over Trump’s border wall. The number of families in immigration detention has reached an all-time high. Central American children have died in US custody.

Here are the events that got us to this point: 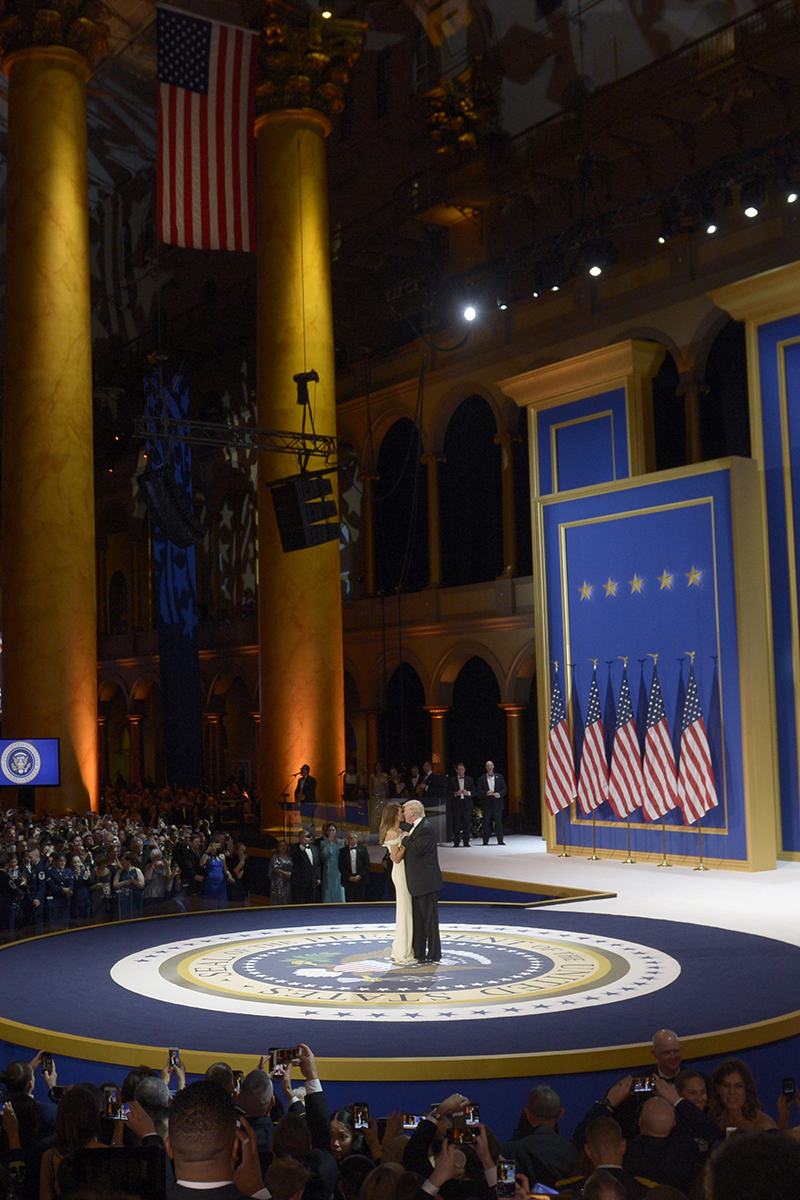 January 20
Donald J. Trump is inaugurated as the 45th president.
● 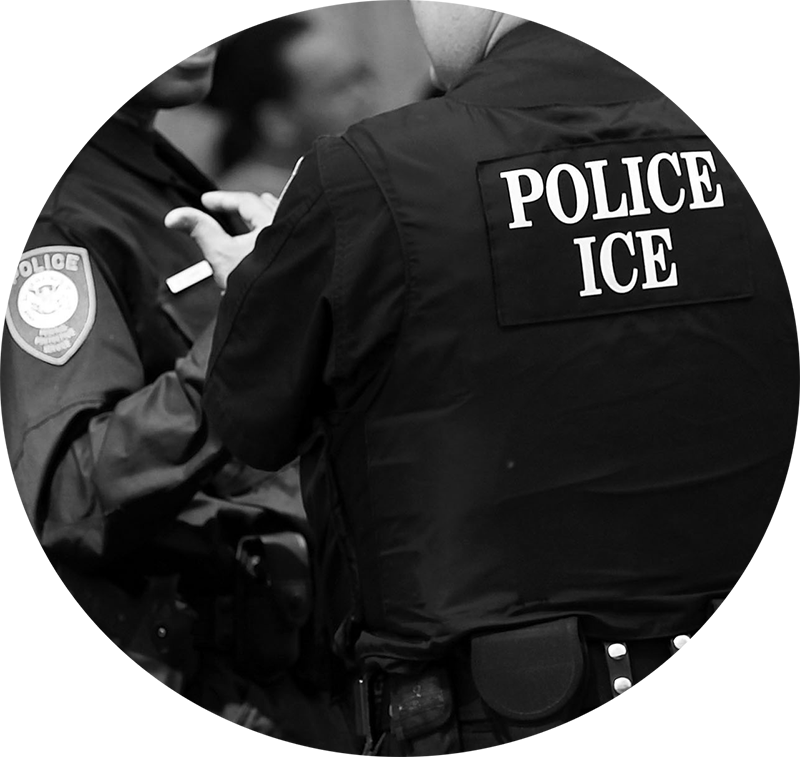 January 27 Travel Ban 1.0:
Executive Order 13769 is almost immediately blocked by numerous federal judges.
●
February 13 RAISE Act is introduced in the Senate:
The bill seeks to limit the number of immigrants admitted to the US. (The bill, opposed by Democrats — who will control the House in 2019 — is unlikely to pass.)
●
February 20
The Department of Homeland Security establishes the Victims of Immigration Crime Engagement Office to highlight and assist victims of crimes committed by undocumented immigrants.
●
March 6 Travel Ban 2.0:
Executive Order 13780 is announced. The Supreme Court allows the order to go into effect temporarily.
●
June 15 Deferred Action for Parents of Americans is rescinded:
An Obama-era plan to shield millions of undocumented parents from deportation was stalled in the courts before implementation — and the Trump administration rescinded it. An estimated 3.6 million people would have been eligible, according to the Migration Policy Institute.
●
July–October
DHS starts a "pilot program" for the zero-tolerance policy in El Paso, Texas.
● 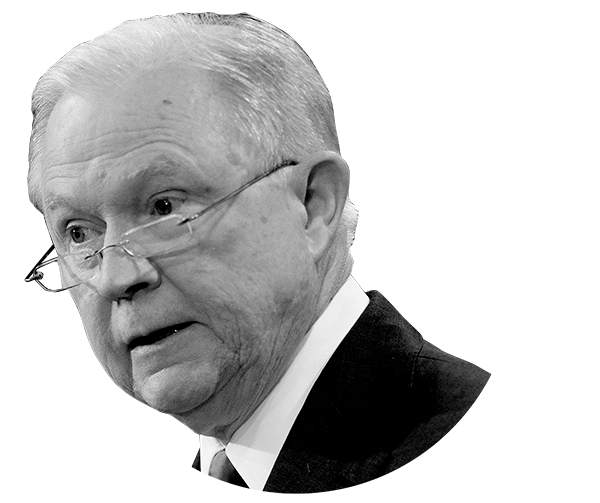 September 5
Attorney General Jeff Sessions announces the repeal of Deferred Action for Childhood Arrivals, affecting nearly 690,000 people. The repeal is blocked by federal courts after 15 states and the District of Columbia file a lawsuit.
● 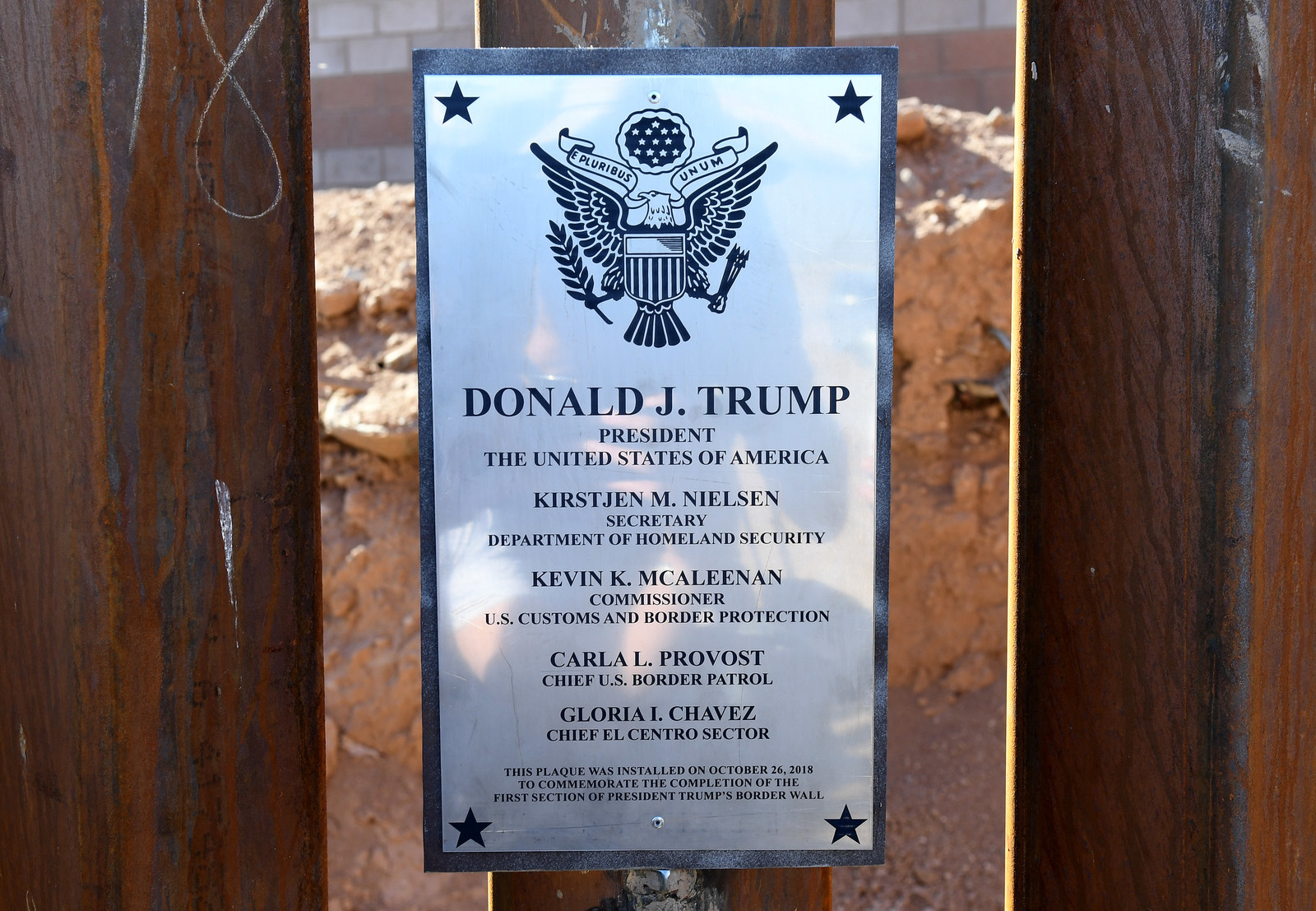 September 12 Clearing the way for the wall:
DHS announces it will waive "certain laws” to begin construction of the new wall near Calexico, California. The first section of fence was dedicated on Oct. 26, 2018.
●
September 24 Travel Ban 3.0:
Presidential Proclamation 9645 is announced, adding Venezuela and North Korea to the list of affected countries, making it not exclusively a ban on Muslims. The Supreme Court would uphold the ban on June 26, 2018.
●
September 27
The US announces it will accept only 45,000 refugees, down from 84,995, with regional caps of 19,000 for Africa, 17,500 for the Near East and South Asia (including most Middle Eastern countries), 5,000 for East Asia, 2,000 for Europe and Central Asia, and 1,500 for Latin America and the Caribbean.
●
October 11
The US ends temporary protected status for 450 Sudanese people.
●
October 31
Sayfullo Saipov, an immigrant from Uzbekistan who entered the US under a special visa program, kills 8 and injures 11 on a Manhattan bike path in a terror attack.
●
November 20
Section 9(a) of Executive Order 13768 — withholding federal grants to sanctuary cities — is declared unconstitutional.
●
December 15
The US ends temporary protected status for 2,550 Nicaraguans.
2017 ICE Stats*

250,838
apprehensions made at the southwest border

*ICE statistics based on fiscal year 2017, which includes the final four months of Obama’s administration.
2018
●
January 8
The US ends temporary protected status for 195,000 Salvadorans and 50,000 Haitians.
●
January 9
A US district court temporarily blocks the repeal of the DACA program, allowing nearly 690,000 undocumented immigrants to renew their work permits. Days later, the Justice Department appeals the ruling.
●

January 11
Trump in the Oval Office, according to the Washington Post:
“Why are we having all these people from shithole countries come here? Why do we need more Haitians? Take them out.”
●
February 13
The US District Court for the Eastern District of New York orders the federal government to accept DACA applications from people who had previously applied.
●

February 23 Trump’s statement (determined to be false) at the Conservative Political Action Conference in Oxon Hill, Maryland:
“This guy came in through chain migration and a part of the lottery system. They say 22 people came in with him. In other words, an aunt, an uncle, a grandfather, a mother, a father, whoever came in. But a lot of people came in. That’s chain migration.”
●
February 26
The Supreme Court declines to hear the Trump administration’s request for a review of lower courts’ orders that DACA applications must be accepted.
● 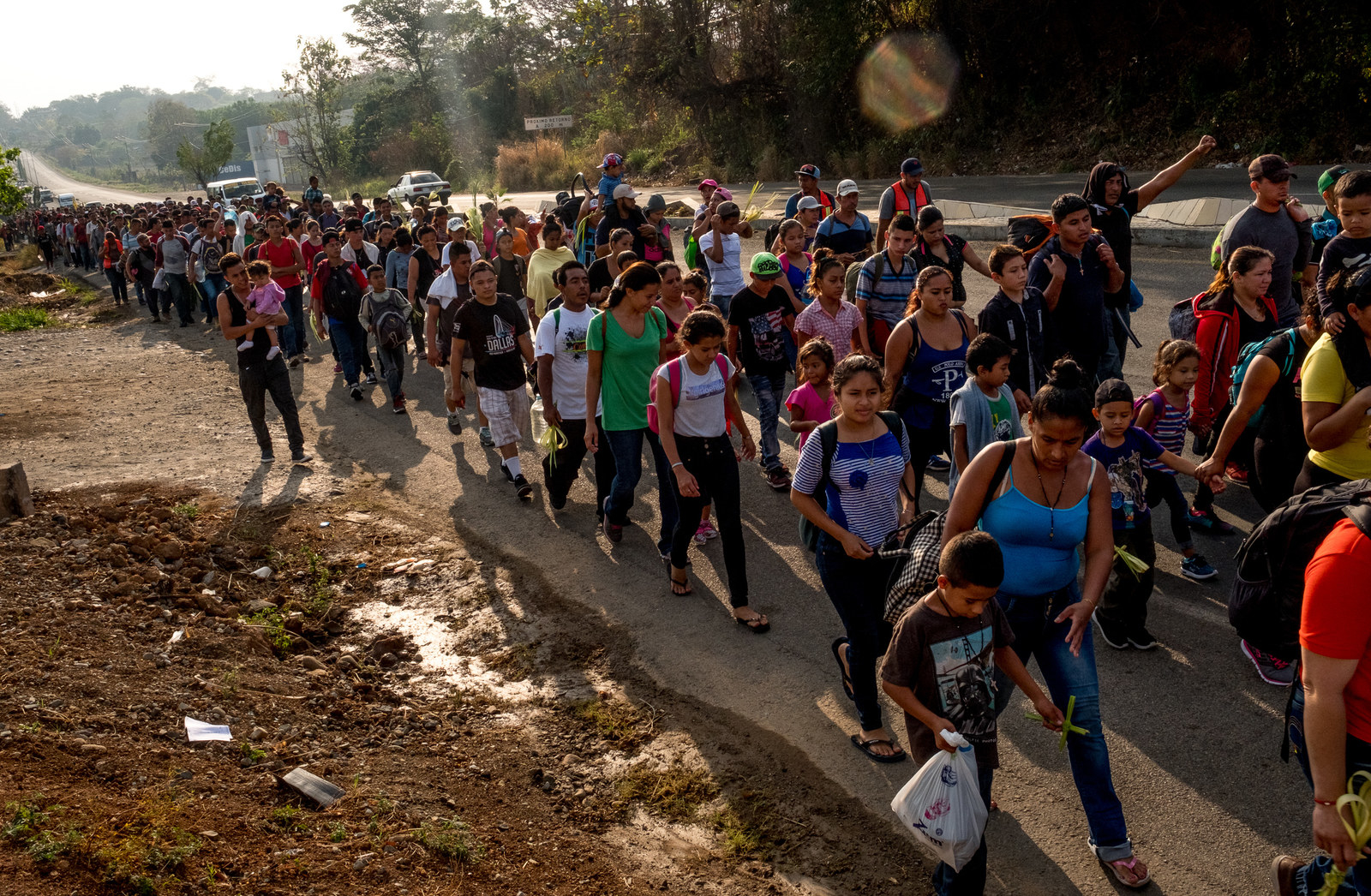 Late March
A caravan of more than 1,000 people, mostly from Honduras, begins its journey to the US from Tapachula, Mexico.
●
April 2
The Justice Department announces quotas for immigration judges to complete cases faster. The Trump administration says it expects 700 cases completed with a 15% appeal rate each year.
●

April 2
Trump tweets:
“As ridiculous as it sounds, the laws of our country do not easily allow us to send those crossing our Southern Border back where they came from. A whole big wasted procedure must take place. Mexico & Canada have tough immigration laws, whereas ours are an Obama joke. ACT CONGRESS”
●
April 4
As the caravan continues toward the US, Trump signs a memo to deploy “anywhere from 2,000 to 4,000” National Guard troops to the US–Mexico border.
● 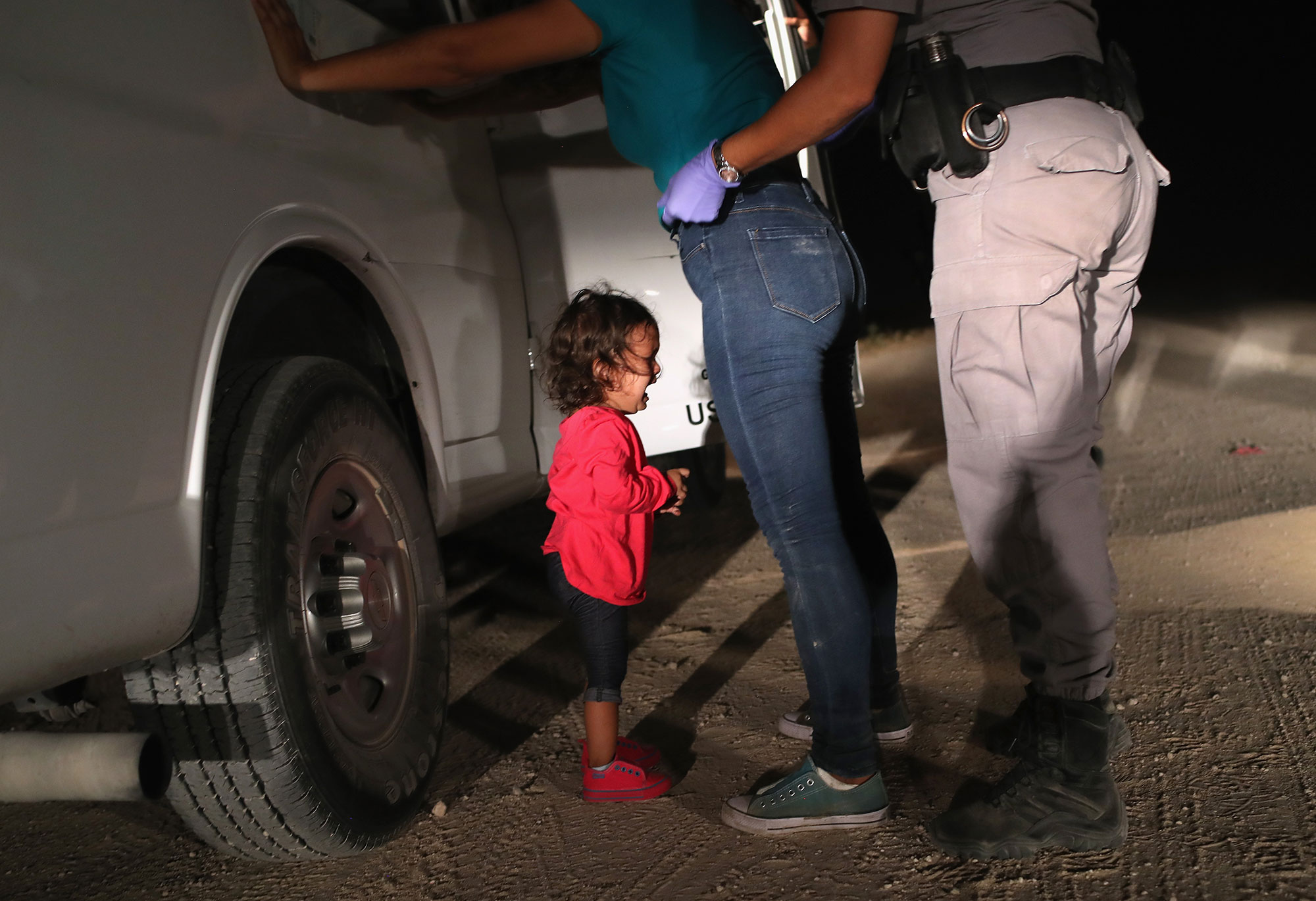 April 6 Making zero-tolerance official:
Attorney General Jeff Sessions directs federal prosecutors “to adopt immediately a zero-tolerance policy for all offenses” related to the misdemeanor of illegal entry to the US.
●
April 24
A US district court orders the Trump administration to continue accepting new DACA applications but gives the Department of Homeland Security 90 days to explain why the program is being canceled.
●
April 26
DHS terminates temporary protected status for Nepal, affecting about 8,950 people.
●
May 4
DHS terminates temporary protected status for Honduras, affecting about 57,000 people. Honduras becomes the sixth country to lose the status since Trump took office.
● 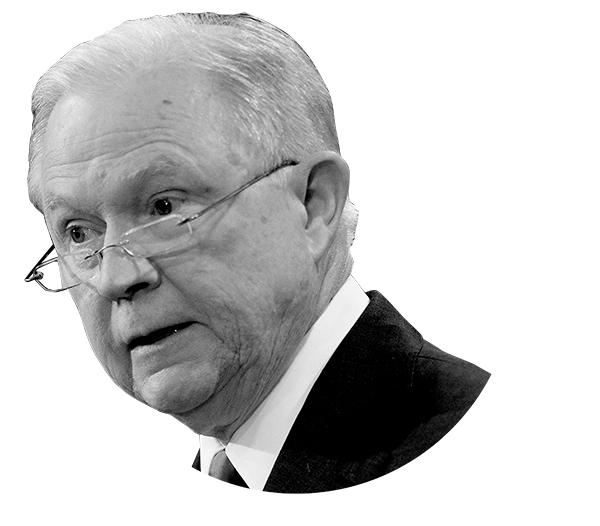 May 7
Attorney General Jeff Sessions announces that the administration will prosecute parents who enter the US illegally with their children:
“If you cross this border unlawfully ... then we will prosecute you. If you smuggle an illegal alien across the border, then we’ll prosecute you. ... If you’re smuggling a child, then we’re going to prosecute you, and that child will be separated from you, probably, as required by law.”
●
May 8
DHS proposes a new rule allowing authorities to investigate the legal status of anyone offering to sponsor an unaccompanied migrant child in US custody.
● 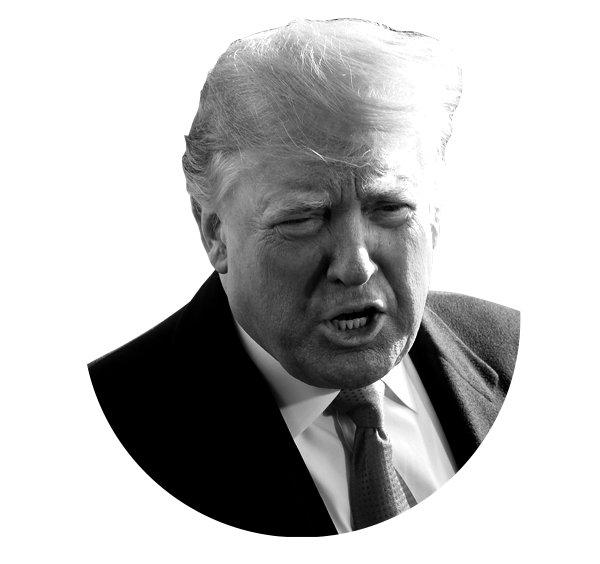 May 16
Trump during a roundtable discussion about California’s sanctuary law:
“We have people coming into the country, or trying to come in — and we’re stopping a lot of them — but we’re taking people out of the country. You wouldn’t believe how bad these people are. These aren’t people. These are animals. And we’re taking them out of the country at a level and at a rate that’s never happened before. And because of the weak laws, they come in fast, we get them, we release them, we get them again, we bring them out. It’s crazy.”
●

May 26
Trump tweets:
“Put pressure on the Democrats to end the horrible law that separates children from there parents once they cross the Border into the U.S. Catch and Release, Lottery and Chain must all go with it and we MUST continue building the WALL! DEMOCRATS ARE PROTECTING MS-13 THUGS.”
● 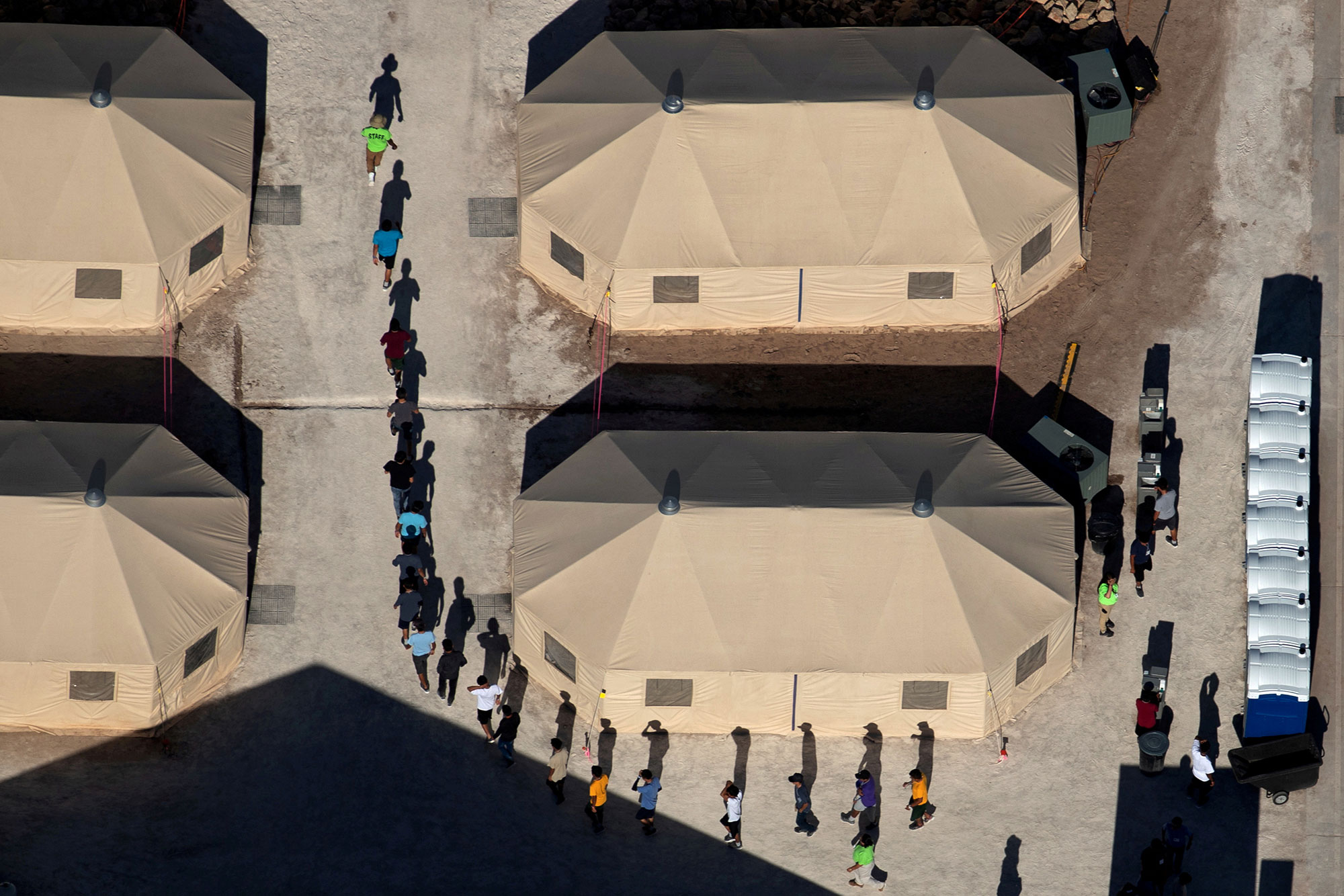 June 24
Trump calls for anyone entering the US illegally to be deported without due process:
“We cannot allow all of these people to invade our Country. When somebody comes in, we must immediately, with no Judges or Court Cases, bring them back from where they came ...”
●

June 26 Travel Ban 3.0 is upheld by the Supreme Court:
Writing for the court's 5-4 majority, Chief Justice John Roberts says Trump has authority under the Immigration and Nationality Act to “suspend entry of aliens into the United States.”
●
July 26
A federal judge orders the Trump administration to stop separating most families at the border and to reunite parents and children who were already separated.
●
August 3
A US district court orders the Trump administration to reinstate DACA and says the Department of Homeland Security failed to “give a rational explanation for its decision” to end it.
●

August 24
Trump Tweets:
“Open borders equals crime, tremendous crime. The hardest kind of crime.”
●
September 14
The tent city in Tornillo, Texas, begins expanding to 3,800 beds after the Office of Refugee Resettlement announces up to $368 million in additional funds to expand capacity and keep the shelter running through 2018.
●
September 24
The US announces it will accept only 30,000 refugees in 2019.
●
October 3
A federal judge stops the Trump administration from ending temporary protected status for Sudan, Haiti, El Salvador, and Nicaragua.
● 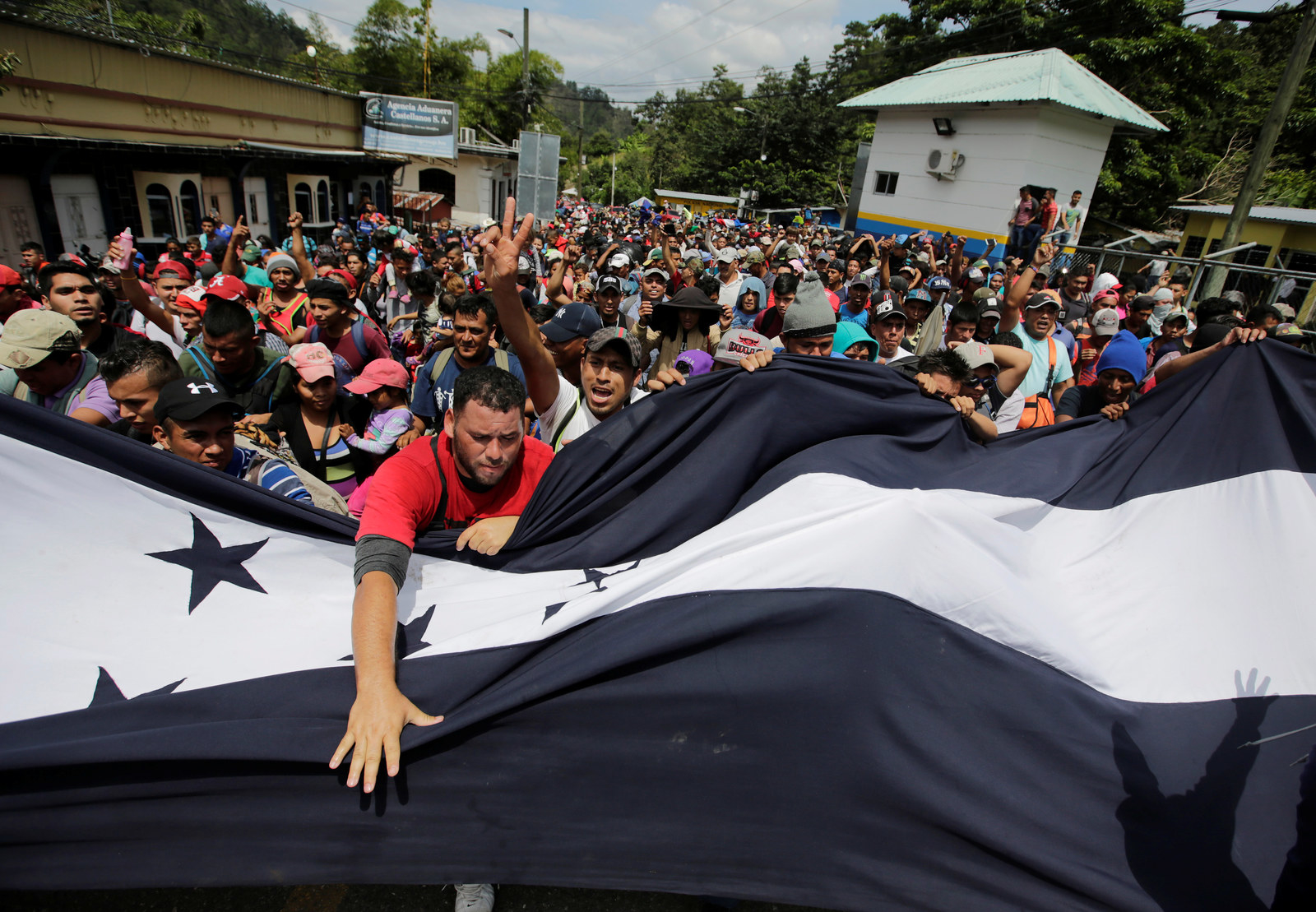 Mid-October
The caravan of about 1,600 Hondurans heads toward the US.
●

October 24
Trump tweets:
“We are a great Sovereign Nation. We have Strong Borders and will never accept people coming into our Country illegally!”
●
October 30
Trump says he intends to end birthright citizenship.
● 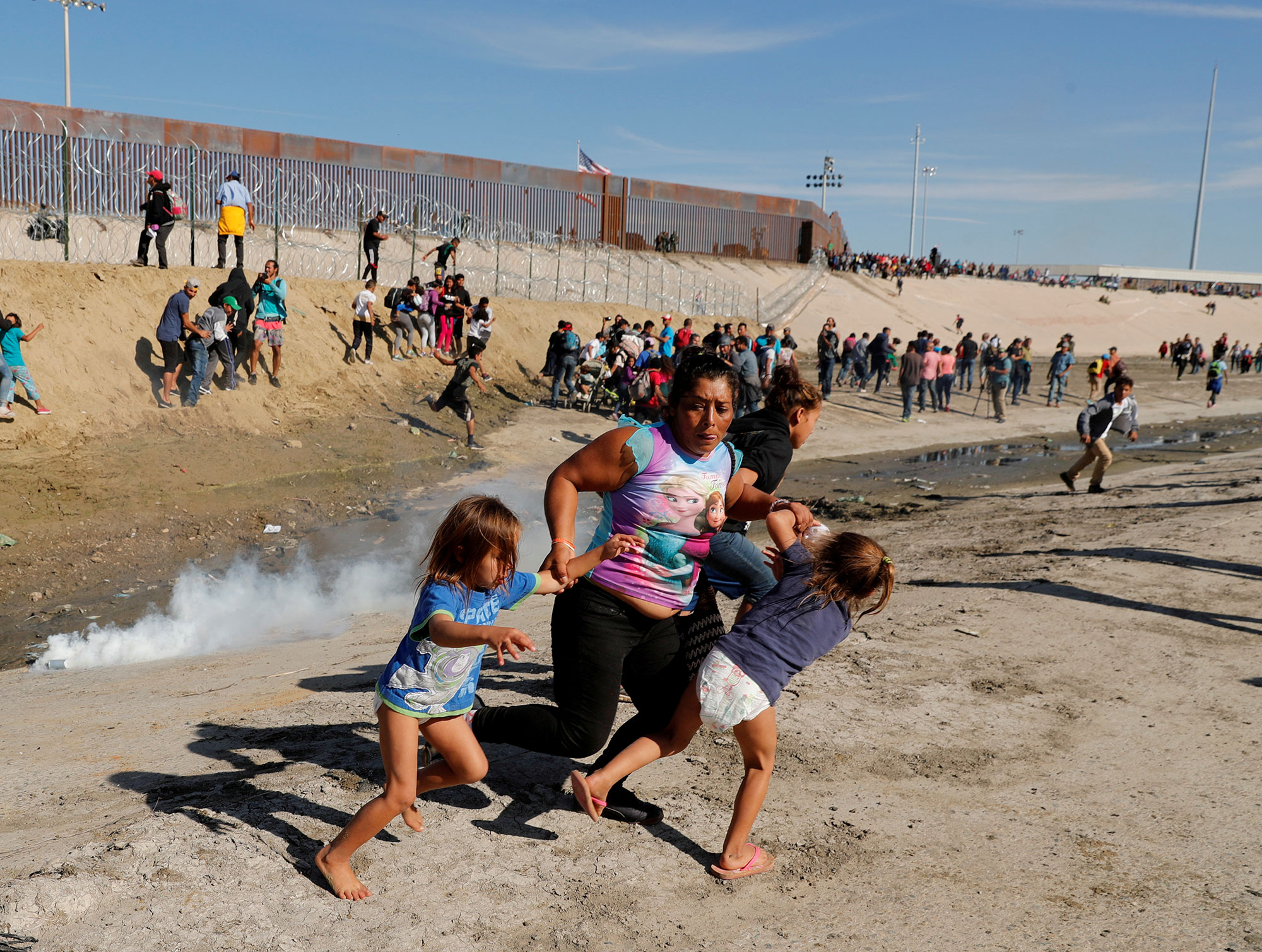 December 11
Trump Tweets:
“Despite the large Caravans that WERE forming and heading to our Country, people have not been able to get through our newly built Walls, makeshift Walls & Fences, or Border Patrol Officers & Military. They are now staying in Mexico or going back to their original countries.......”
●
December 11
The Trump administration asks the Supreme Court to let the federal government bar asylum claims by people entering the country without authorization.
●
December 12
The Atlantic reports: “The Trump administration is resuming its efforts to deport certain protected Vietnamese immigrants who have lived in the United States for decades—many of them having fled the country during the Vietnam War.”
●
December 13
At this point, nearly 15,000 migrant children are held in government custody.
●
December 13
Customs and Border Protection acknowledges that a 7-year-old girl died Dec. 8 just hours after she was taken into custody by Border Patrol agents in New Mexico.
●
December 19
A federal court overturns the Trump administration’s limits on asylum claims for domestic and gang-related violence.
●
December 22 The US Government Partially Shuts Down:
The Senate unanimously passes a bill to fund to the government, however because it lacks the $5.7 billion needed to fund a border wall, the bill is not taken up by the Republican-controlled House.
Approximately 800,000 government employees are either working without pay or were placed on unpaid leave.
●
December 24
An 8-year-old boy being held by Border Protection dies on Christmas eve.
2018 ICE Stats